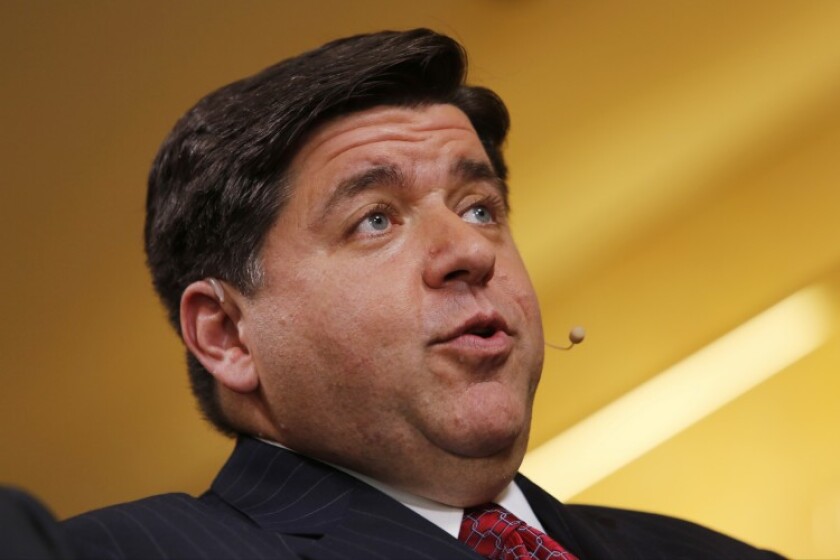 Illinois Gov. J.B. Pritzker said the state will provide more information about the budgetary impact of COVID-19 later this week as the state struggles with rising costs and lost tax revenue due to the pandemic.

Pritzker has not offered any spending and revenue projections to date and it’s unclear exactly what will be announced later this week but he has warned of a major fiscal blow.

The state is operating on a $40.6 billion fiscal 2020 general fund budget that runs through June 30 and the governor has proposed a $42.1 billion general fund spending for fiscal 2021 as part of an $84.5 billion all-funds budget.

“We will be talking about that later this week. It’s obviously been very much on our minds,” Pritzker said Tuesday when asked when he planned to announce how the state would close any fiscal 2020 gap and release an updated fiscal 2021 budget proposal. “No one should mistake the fact this if going to be a very, very difficult fiscal, financial challenge for the state of Illinois.”

The fiscal strains are one reason Pritzker said he is pressing along with other governors for additional federal help to tackle the “big holes” caused by the pandemic.

The Illinois state government is expected to receive about $2.7 billion from the March 27 CARES relief package, with another $2.2 billion going to local governments with a population of more than 500,000. It covers only eligible expenses incurred in coronavirus response, not revenue losses.

On Tuesday, Comptroller Susana Mendoza offered the first glimpse on the spending side with the posting of an online portal that lists bill vouchers. It showed state expenditures of about $170 million so far.

While dealing with the public health crisis consumes much of his day, Pritzker said his financial and economic teams are “working hard on exactly how big the hole will be” from a revenue and expense perspective. The team is working to “project forward what” the numbers for fiscal 2021 may look like and its “best estimates” will eventually be presented to the legislature. Lawmakers have halted in-person sessions for the time being.

Rating agencies will be watching closely. S&P Global Ratings and Moody’s Investors Service both recently lowered their outlooks for Illinois to negative from stable. The state is rated at the lowest investment grade level by both agencies, at BBB-minus and Baa3, respectively. Fitch Ratings rates the state BBB with a stable outlook.

The comptroller’s portal lists detailed voucher information on expenses that include supplies like ventilators, masks, gloves, gowns, protective eyewear, hand sanitizer, swabs and more. The site will be updated daily.

The state’s unpaid bill backlog is currently $7.9 billion and is expected to rise as bills pile up and some of the more than $1 billion the state usually receives in April from income taxes is delayed. Pritzker pushed off the April filing deadline to July to match the federal government.

Several independent agencies have laid out bleak scenarios should the pandemic-induced recession cause steep tax losses and the recovery falter.

The University of Illinois’ Institute of Government and Public Affairs published a grim assessment that warned of various scenarios including a $28 billion revenue hit between 2021 and 2023 based on data that looked at the impact from the 2007-2009 recession and national models on the pandemic.

The legislature’s Commission on Government Forecasting and Accountability looked at past recessions and offered a range of potential impacts that included an 11% or $4.5 billion hit over multiple fiscal years. A milder one could result in a $2 billion multi-year hit. Under a “peak-trough” revenue decline of 20% the state could see an $8 billion decline over multiple fiscal years, COGFA said.

The state’s ratings are low investment grade, but the bond market is pricing them as high yield: spreads on the state’s 10-year GO paper jumped to a peak of 381 basis points to the Municipal Market Data’s AAA benchmark last week, up from a 298 bp a week before. It remained at 381 bps Tuesday.

While many states have reserve cushions to help weather the pandemic’s fiscal toll, Illinois’ rainy day fund is miniscule and its unfunded pension tab of $137 billion and 40% funded ratio demand rising contributions.