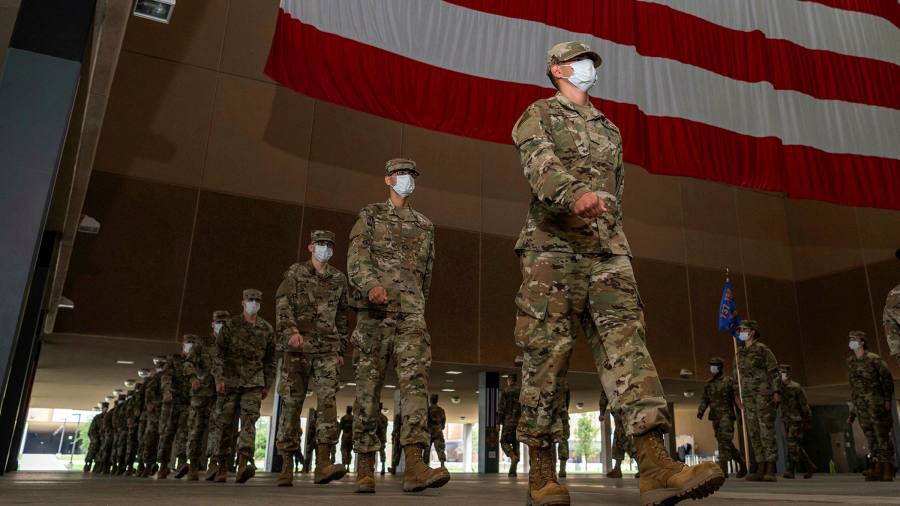 The US has overtaken Italy as the country with the highest total number of coronavirus deaths, with New York suffering a further 783 coronavirus fatalities over the past 24 hours.

The US has a total of 18,860 deaths stemming from the virus, according to the most recent Johns Hopkins University data, 11 more than Italy.

At the beginning of March, Asia accounted for over 60 per cent of coronavirus-related deaths. Within a week, attention shifted to Europe, with Italy and Spain the new global hotspots. Although the region still accounts for more than half of global deaths, the focus is now increasingly on the US, where the death toll hit new highs on Friday with 2,087 people losing their lives. The number of newly recorded deaths has risen again after falling for three days. The UK also has seen a sharp rise in recent days and now has more daily deaths than either Spain or Italy where the lockdowns appear to be working.

There are signs that social distancing measures are having the desired effect in the US too, despite the rising death toll. There have been fewer hospitalisations and intubations of critically ill patients.

The death toll in the state of New York, which has become the epicentre of the US crisis, stands at 8,627. On Saturday, Governor Andrew Cuomo left unclear the status of New York City’s public schools after he rejected an announcement hours earlier from Mayor Bill de Blasio that the nation’s largest public school system would remain closed for the rest of the school year.

“He didn’t close them — and he can’t open them,” Mr Cuomo said. The governor insisted that only he had the authority to do so, and that he would take the decision in the coming days in co-ordination with school systems throughout the region as well as the business community.

“I think you have to co-ordinate the business with the schools,” Mr Cuomo said, noting the role that schools play in providing childcare for working parents. “How can you say to people: I think you’re going to go back to work in May but the schools are going to be closed?”

The argument over schools is a reminder of the cool relationship between the two New York politicians, who are both Democrats but have often been at odds over the years.

In Italy, which has, been under strict social distancing measures since March 9, the government announced on Friday night that the measures would continue until May 3, as the number of new cases continue to rise, even if the growth rate has sharply declined since the early stages of the outbreak.

A further 619 people died in Italy from coronavirus on Saturday, a higher daily tally than the 570 seen on Friday. The total death toll in the world’s hardest-hit country since its outbreak came to light on February 21 rose to 19,468, the Civil Protection Agency said. The total of confirmed cases increased by 4,694 on Saturday to 152,271.

On Friday night, Giuseppe Conte, Italy’s prime minister, also announced the creation of a task force focused on tackling the effects of the pandemic, headed by Vittorio Colao, the former chief executive of Vodafone. The task force will include managers, economists, lawyers, scientists and sociologists.

Meanwhile, Brazil has become the first country in the southern hemisphere to pass 1,000 deaths, but President Jair Bolsonaro continued to resist imposing social distancing measures. The number of confirmed cases in Brazil is the largest in Latin America, doubling in a week to almost 20,000. Mr Bolsonaro yesterday greeted supporters who gathered to see him visit a pharmacy and see one of his sons in Brasília. The public appearance highlighted Mr Bolsonaro’s opposition to lockdown measures to fight the coronavirus pandemic, which he has called “crime” and “hysteria”. The president has also criticised regional officials who imposed social distancing rules as “job killers”.