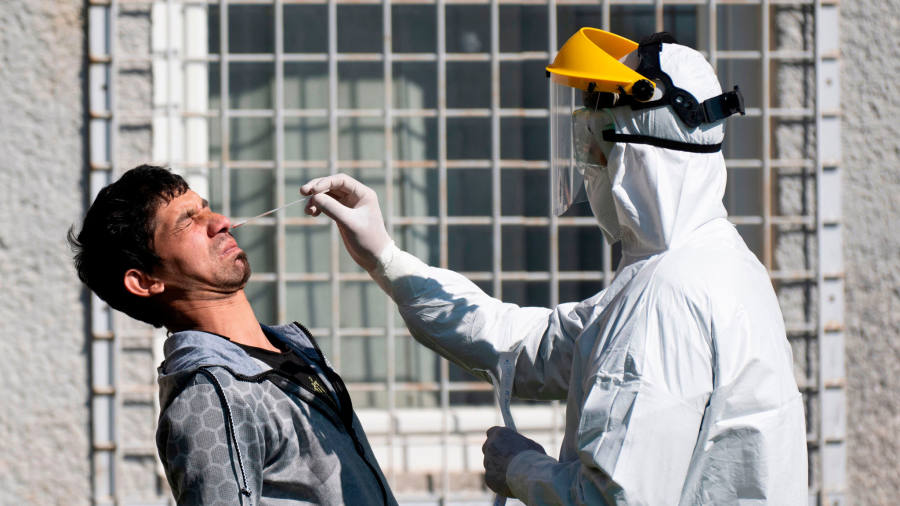 Edward White in Wellington and Kang Buseong in Seoul

Kim Yo Jong, the younger sister of North Korean leader Kim Jong Un, has been reinstated to a top political committee in a possible signal of her expanded leadership role, as Pyongyang grapples with the threat of the coronavirus global pandemic to its fragile healthcare system.

According to North Korean state media, Ms Kim was elected as an alternate member of the ruling Workers’ Party politburo, a body she appeared to have been removed from after the failed summit between Mr Kim and Donald Trump, the US president, in Hanoi last year.

Ms Kim, who is believed to be an important adviser and confidante to her brother, gained international prominence when she was dispatched to attend the Winter Olympic Games in Pyeongchang, South Korea, in 2018, becoming the first member of the Kim regime to visit the country since the Korean war.

Rachel Lee, a former North Korea analyst in the US government, said the reinstatement appeared consistent with the rising profile of Ms Kim, pictured, since the latter half of last year, including issuing statements on relations with the US and South Korea.

“Her role in the Kim regime will likely continue to expand,” said Ms Lee. “Officially, she may be one of the lower-ranking members in the party politburo, but her media appearances indicate she plays a role across the gamut of issues, extending beyond her official portfolio, which we think is propaganda.”

After reports of the coronavirus outbreak emerged from neighbouring China in January, North Korea swiftly shut its borders and state media this month reported a sharp reduction of people quarantined in the isolated country.

The FT reported in March that almost 600 people had been tested for the virus inside the country and North Korean officials have secretly sought further international assistance to increase coronavirus testing.

However, Pyongyang’s claims of zero coronavirus cases continues to draw international scepticism, including Robert Abrams, a US general who leads the 28,500 American troops in South Korea and has described the claim as “impossible”.

At the politburo meeting on Saturday a new resolution was adopted to “more thoroughly” take action to battle the pandemic, according to the official Korean Central News Agency.