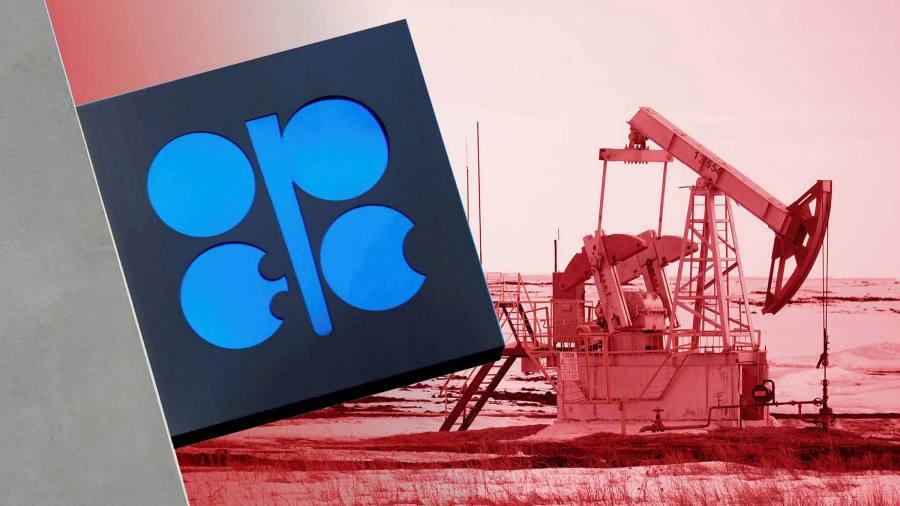 The US and the G20 are preparing to back plans for the largest oil supply agreement in history, throwing their weight behind production cuts by Opec and Russia and offering additional contributions to stabilise an industry devastated by the coronavirus pandemic.

Oil demand has fallen by roughly a third as some of the world’s largest economies have effectively shut down to try and stop the virus’s spread, driving crude prices to their lowest in 18 years and threatening millions of energy sector jobs and long-term damage to energy supplies.

Saudi Arabia and Russia, whose alliance leads the so-called Opec+ group, agreed on Thursday to cut production by a record 10m barrels per day, with contributions from G20 members — including buying up crude to fill emergency stockpiles, and investment cuts in new oil supplies — expected to further boost the total towards a notional 15m b/d, or almost 15 per cent of global supplies.

At the emergency online meeting of G20 energy ministers on Friday, Fatih Birol of the International Energy Agency said the “shockwaves” of the coronavirus pandemic had created the oil crash and threatened “global economic stability”.

“The oil world has seen many shocks over the years, but none has hit the industry to the degree we are witnessing today,” said Mr Birol, who leads the world’s top energy body.

“Nobody should harbour the idea that these measures provide a quick fix . . . [But] like the effect of confinement on the spread of Covid19, actions to address the oil market imbalance will help lower the peak and flatten the curve.”

The expected deal will mark a diplomatic victory for US President Donald Trump, who had pressured Saudi Arabia, Opec’s most powerful member, and Russia to end a month-old price war that had exacerbated the crisis in energy markets.

He held talks with Saudi Arabia’s Crown Prince Mohammed bin Salman and Russia’s President Vladimir Putin on both Thursday and Friday, having threatened tariffs on their oil sales if they did not reach a deal.

North American production is already falling because of the collapse of oil prices, but the US and Canada stopped short of committing to additional government-mandated curbs on supply, pointing instead to large-scale cuts to capital expenditure by private energy companies.

Dan Brouillette, US energy secretary, told the conference he estimates US oil production will be reduced by nearly 2m b/d this year, or more than 5 per cent of the country’s output.

“This is a time for all nations to seriously examine what each can do to correct the supply/demand imbalance,” Mr Brouillette said.

Talks were still ongoing on Friday afternoon, UK time, after more than 3 hours, with some minor issues being ironed out ahead of a statement being issued, according to a person familiar with the talks. But the group was still expected to back the broad plan, the person said.

Roger Diwan at IHS Markit said the scale of the crisis had forced the US to at least offer support to supply cuts, despite Mr Trump’s own longstanding animosity towards Opec. He has frequently blamed it for trying to boost oil prices to the detriment of US drivers.

“Reality and pragmatism has finally set in,” Mr Diwan said, adding that the supply deal was “about seven times bigger than the action taken during the 2008-2009 financial crisis”.

“This gigantic cut is dictated by an even bigger collapse in demand, forcing all the world producers to collectively intervene in order to avoid a collapse of the oil industry.”

Despite the G20’s backing doubts persist that the measures taken will be enough. Oversupply still threatens to max out storage facilities globally within months, even if supply cuts have bought time.

That could potentially still force uncoordinated shutdowns of oilfields, which can cause long-term damage to reservoirs and future supplies.

Widespread bankruptcies are still expected in the US shale sector, threatening the US position as top oil producer and Mr Trump’s doctrine of “US energy dominance”.

Oil traders are also sceptical about counting production cuts caused by lower prices as contributions towards lowering supply, given they would happen regardless of any deal.

Brent crude oil, the oil benchmark, initially rallied on Thursday before dropping almost 15 per cent from its peak, back to near $30 a barrel.

It traded at $70 a barrel as recently as January, before collapsing to near $20 at the start of this month. Markets are closed on Friday for Easter.

But an oil market in which the world’s most powerful energy producers are co-ordinating, at least to an extent, is widely seen as more stable than one left in freefall.

“Even if poorly implemented, the agreement is substantial, and will make a difference to the market,” said Ann-Louise Hittle at Wood Mackenzie.

The crisis has forced a rapprochement between Saudi Arabia and Russia, who launched an oil price war after Moscow rejected calls to cut production in early March, before the extent of the demand collapse was fully understood.

Some analysts question whether co-operation will survive beyond the crisis. Mexico delayed the Opec+ agreement on Thursday by refusing to make large cuts, at one stage threatening to derail the deal.

Alexander Novak, Russian energy minister, said in a statement to the meeting that “the role of the G20 is to comprehensively support these efforts [agreed by Opec+]”.

“At this difficult moment, all states must act in a spirit of partnership and solidarity.”