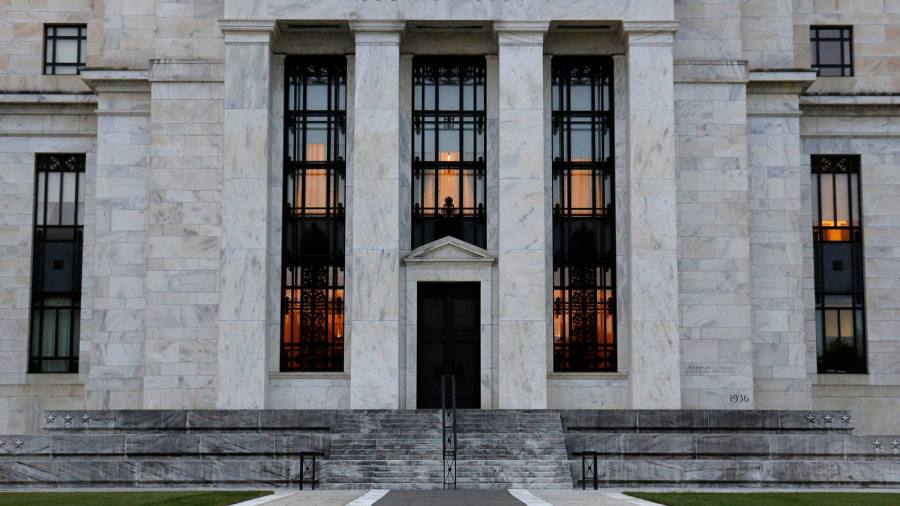 Jay Powell said the Federal Reserve would use its powers “forcefully, proactively and aggressively” until the economy recovers from the coronavirus shock, as the US central bank moved to offer an extra $2.3tn in credit and support the market for high-yield corporate debt.

In remarks by webcast to the Brookings Institution on Thursday, the Fed chairman said the emergency measures being rolled out in recent weeks were necessary given the “very unusual circumstances” of severe economic and financial dislocations, but would be rolled back once the crisis eased.

“We are deploying these once lending powers to an unprecedented extent, enabled in large part by the financial backing of Congress and the Treasury. We will continue to use these powers forcefully, proactively, and aggressively until we are confident that we are solidly on the road to recovery,” Mr Powell said.

The Fed chairman added that the “emergency tools” would be “put away” once recovery set in and “private markets and institutions are once again able to perform their vital functions of channelling credit and supporting economic growth”.

Mr Powell’s comments came as the economic damage inflicted by the coronavirus pandemic was highlighted by data showing that 6.6m people filed for jobless benefits in the US in the past week, bringing the total of America’s newly unemployed to 17m since the cascade of business shutdowns caused by the virus.

The Fed has already slashed interest rates close to zero and expanded its balance sheet in a big way by buying up Treasury debt and government-guaranteed mortgage-backed securities.

On Thursday, it further ramped up its emergency action by detailing new loan facilities worth $2.3tn to deliver credit to small businesses and municipalities. It also expanded measures introduced last month to back corporate debt markets.

Among the new steps, the Fed said it would be setting up a tool to support a $350bn lending fund that is part of a $2tn fiscal stimulus package passed by Congress last month.

The move should help banks more rapidly move the loans off their balance sheets, improving participation in the plan. The Fed said it would “extend credit to eligible financial institutions that originate [small business] loans, taking the loans as collateral at face value”.

The Fed also said it would create a separate lending programme for “Main Street” — which was also authorised in the stimulus legislation — through which it will buy up to $600bn in loans with a backing of $75bn from the Treasury department.

The Fed has been under pressure to offer more backing for struggling state and local governments as well — and said it would also be setting up a facility to buy municipal debt to help them “manage cash flow stresses” The “Municipal Liquidity Facility” would offer up to $500bn in loans, with $35bn from the Treasury.

The Fed said it would purchase up to $500bn of short-term notes directly from US states, including Washington DC, counties with a population of at least 2m people and cities with at least 1m residents.

The Fed stopped short of directly intervening in the longer end of the curve in the primary and secondary markets for municipal debt, where states and cities raise cash, but it said it would “closely monitor conditions” in those markets and “will evaluate whether additional measures are needed to support the flow of credit and liquidity to state and local governments”.

The Fed’s role is to provide as much relief and stability as we can during this period of constrained economic activity.

In addition to setting up new lending tools, the Fed said it would also increase the size and scope of facilities aimed at helping corporate credit markets. It had initially announced its historic step to shore up those markets last month — a move it had not done during the 2008 financial crisis. The Fed will now buy riskier debt, adding junk bond exchange traded funds to the list of assets it will buy.

“I’d rather have [the Fed] do too much and unwind it later, then have something blow up or have there be any kind of stress that isn’t in line with fundamentals,” said Tim Horsburgh, investment strategist at Invesco.

In his speech, Mr Powell noted that there were some limits to the Fed action, in that the central bank had “lending powers, not spending powers” and could only provide loans to entities with the expectation of repayment, rather than direct grants. “In the situation we face today, many borrowers will benefit from these programmes, as will the overall economy. But there will also be entities of various kind that need direct fiscal support rather than a loan they would struggle to repay,” he said.

On Thursday, the central bank said it would also expand the crisis-era TALF facility, which gives it the ability to buy securities backed by student, car and credit card loans, as well as loans to businesses through the Small Business Administration. Now, triple-A rated commercial mortgage-backed securities and triple-A rated newly issued collateralised loan obligations, or investment vehicles that contain pools of leveraged loans, can be used as collateral.

According to the Fed, these programmes will support up to $850bn in credit, backed by $85bn from the Treasury department. Towards the end of the speech, Mr Powell offered some hope that the US economy will eventually bounce back quickly, given its strength going into the crisis and steps taken by economic policymakers to dampen the fallout. “There is every reason to believe that the economic rebound, when it comes, can be robust”