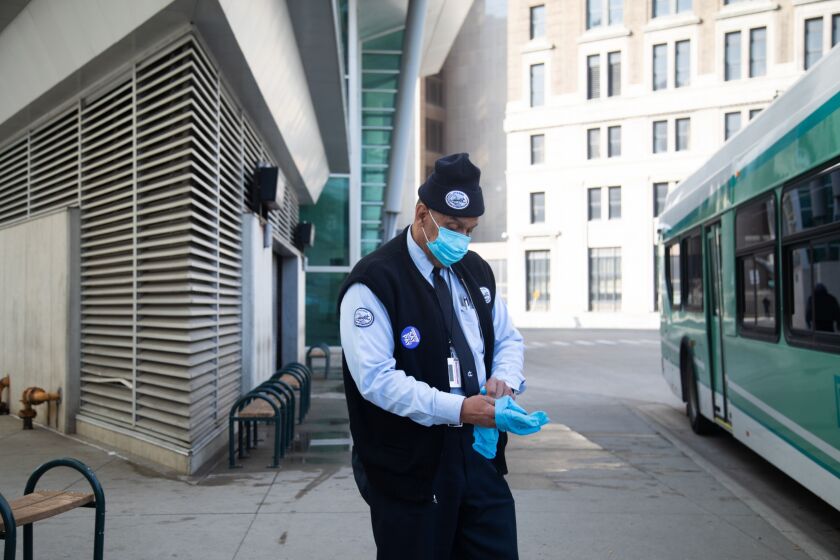 “We are going to run a deficit of more than $100 million in this fiscal year that ends June 30. We’ve run balanced budgets year in and year out. We’ve never talked about a deficit,” Duggan said of the city’s post-bankruptcy fiscal management.

“We are going to spend what we need to take care of our residents and then as a community we are going to have deal with the fact that we have a major budget deficit. I will worry about that in a week or two,” Duggan added.

The city has not said how much of the deficit or potential gap in the next fiscal year that begins July 1 represents tax losses. Some expenses will be compensated for with funds in the federal Coronavirus Aid, Relief, and Economic Security Act, or CARES, that was signed March 27.

Michigan is projected to receive nearly $3.9 billion with $1.7 billion earmarked for local governments with a population of more than 500,000, which includes Detroit. The $150 billion in direct aid goes to cover expenses, not tax losses. Congressional Democrats have said additional local and state aid is a priority in the next stimulus-relief package in the works.

Detroit has hit fiscal milestones since its emergence from Chapter 9 bankruptcy in December 2014 with multiple years of balanced budgets allowing it to exit direct state oversight in 2018. It strengthened reserves above required levels with its unassigned fund balance at $123 million. It also set up a special trust fund to ease a spike in pension contributions in 2024. The pension system’s health and future burden remains uncertain given market volatility.

But the budgetary and economic recovery is tenuous and vulnerable to setback, rating agencies and market participants have warned and so the city’s is acutely at risk to a prolonged recession.

The city’s progress has driven rating upgrades but its general obligation ratings remain three levels away from investment grade at Ba3 from Moody’s Investors Service and BB-minus from S&P Global Ratings. Moody’s in February revised the city’s outlook to positive from stable.

Moody’s also warned that city is hampered in the event of an economic downturn by its “economic dependence on the automotive industry and limited ability to raise revenue to offset volatility.”

Market participants had predicted that it would take some time for the city to regain investment grade status given its relatively weak demographic profile and questions about its economic resiliency in a down cycle.

The city does have a cushion in its reserves to help it manage liquidity in the near term and it’s preserving cash by halting some capital and demolition spending and can access some non-general fund accounts to cover expenses.

The closure of casinos as part of the economic shut-down aimed at slowing the spread of the disease poses a big hit to the city’s revenue base.

The city’s three casinos released their report on March revenue that showed a 59% drop from last year. That translates into a $10 million loss to the city for March. The city gets about $600,000 daily from the casinos. Further losses will depend on how long casinos, which were closed March 16, remain shuttered. Gov. Gretchen Whitmer then ordered a stay-at-home order that began March 24 that runs at least through April 13.

The casinos last year generated about $184 million for city coffers and $118 million for the state.

The city also faces a delay in income tax revenue as the state pushed back the filing deadline to July thoughthat money will eventually flow to the city.

Gambling revenue follows at $184 million and then property tax at $119.5 million, a source that is typically less susceptible to economic turmoil but if homeowners are out of work they could struggle to pay the bills. State revenue sharing from sales taxes totaled $202 million.