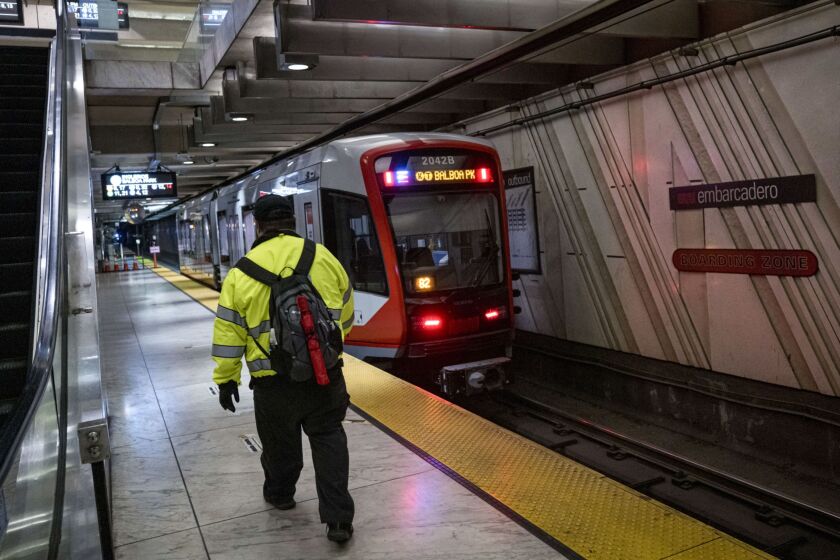 The San Francisco Municipal Transportation Agency cut service to 70 out of its 89 lines this weekend.

“In order to maintain service levels to provide social distance, we must focus our available resources on the lines that most critically serve essential trips,” according to a blog posting on the agency’s website. “This means temporarily reducing muni service, and prioritizing routes in most critical need during the pandemic.”

The agency already parked its light-rail trains last week. The new actions will cut most of its bus service.

SFMTA is a department of the City and County of San Francisco responsible for the management of all ground transportation in the city. The SFMTA has oversight over the municipal railway known as “Muni,” as well as bicycling, paratransit, parking, traffic, walking, and taxis.

The agency’s revenue bonds are rated Aa2 by Moody’s Investors Service with a stable outlook, according to the most recent report from July 2019. S&P Global Ratings revised SCMTA’s outlook to negative on March 26 along with 186 other transportation issuers including airports, mass transit and ports.

S&P also said it would be individually reviewing each credit with respect to an issuer’s specific exposure.

Ratings agencies have given many mass transit agencies in major cities negative outlooks citing declining ridership as the states implemented stay-at-home orders to lessen the spread of COVID-19.

The $2 trillion federal stimulus package that is expected to provide $25 billion to transit authorities was viewed favorably by S&P and seen as alleviating immediate liquidity pressures, as well as assisting with near-term operational funding requirements including debt service.

SFMTA expects that over 40% of its operators will be out in the coming week, some of whom are in self-quarantine out of an abundance of caution, while others have conditions that make them especially vulnerable.

The changes to muni service are being rolled out in phases expected to begin Monday and last through Wednesday.