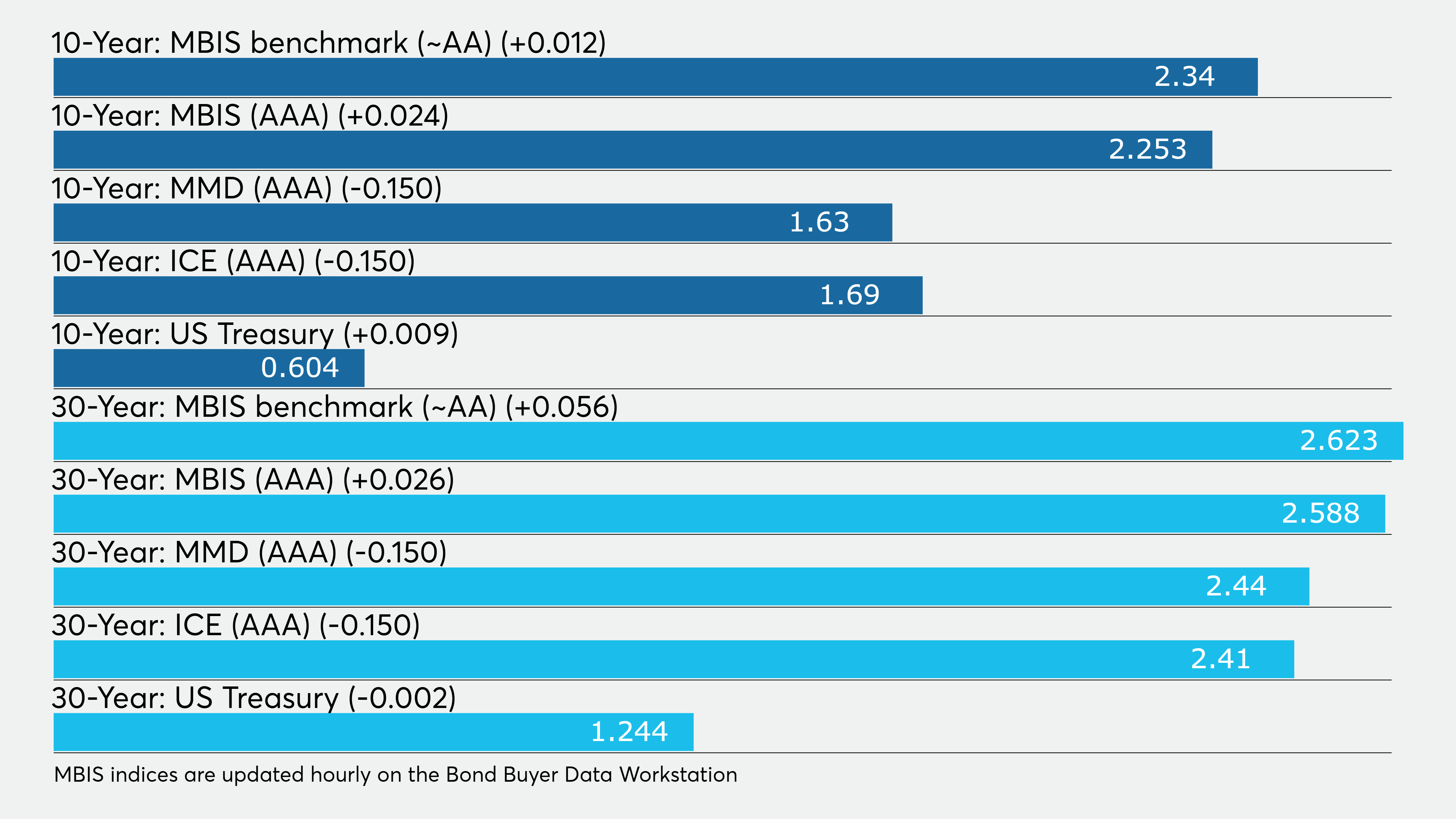 Municipal bond yields fell more than 15 basis points Friday, gaining back a portion of the pronounced losses from the past two sessions. The market is settling into what appears to be sustained volatility after more than a month of dramatic swings in yields.

In what used to be considered a normally functioning market, a 10 to 15 basis point cut or bump in one day in benchmarks would be considered quite drastic, but in the current context in which 50 basis-point daily moves have occurred, participants said benchmark weakness or strength to the tune of double digits feels almost steady.

This market is seeing that 10 to 15 basis point in spread in trading of the same transaction in the secondary — a block bought at 2.50% and then selling at 2.45% or 2.35% — the type of activity that would very rarely be seen in a traditional tight market happens nearly every day.

And with the primary continuing to be mostly sidelined, the secondary is all participants have to go on to find constructive engagement.

The first two months of 2020 brought insatiable demand from investors in the U.S. and abroad, with participants expecting a $400 billion year that would include large amounts of taxable issuance.

As the COVID-19 spread began in earnest in the U.S., the municipal market as others fell victim to its effects in dramatic fashion.
There will be more queasiness ahead of any calm in the municipal arena as adjustments to the virus-induced climate continue to test the market’s resolve.

Roberto Roffo, managing director R&C Investment Advisors LLC, said “As long as this uncertain social and economic situation persists, investors will have to get used to 10 basis point swings or larger.”

Roffo said redemptions and the new trading pattern of investment-grade bonds are leading to the latest rise in yields.

“Redemptions have resumed, causing forced selling by funds, and in my opinion for the first time in a long while, investment grade bonds are no longer being traded like a commodity with no credit implications,” he said.

The spread widening in investment grade bonds, he noted, is directly related to the coronavirus and how the market views the impact on revenue bonds.

For example, N.Y. MTA bonds have widened about 200 basis points and are trading like high-yield bonds due to the decline in ridership, Roffo pointed out. “There are many other credits in the same situation which will not become any clearer for a while,” he said.

Meanwhile, Lipper’s $740 million outflows figure, while still large, pales in comparison to the $13 billion-plus outflows reported the two weeks prior, which some Kevin Dunphy, MUFG’s head of public finance, believes that is perhaps a sign of calming or settling into a less volatile market. 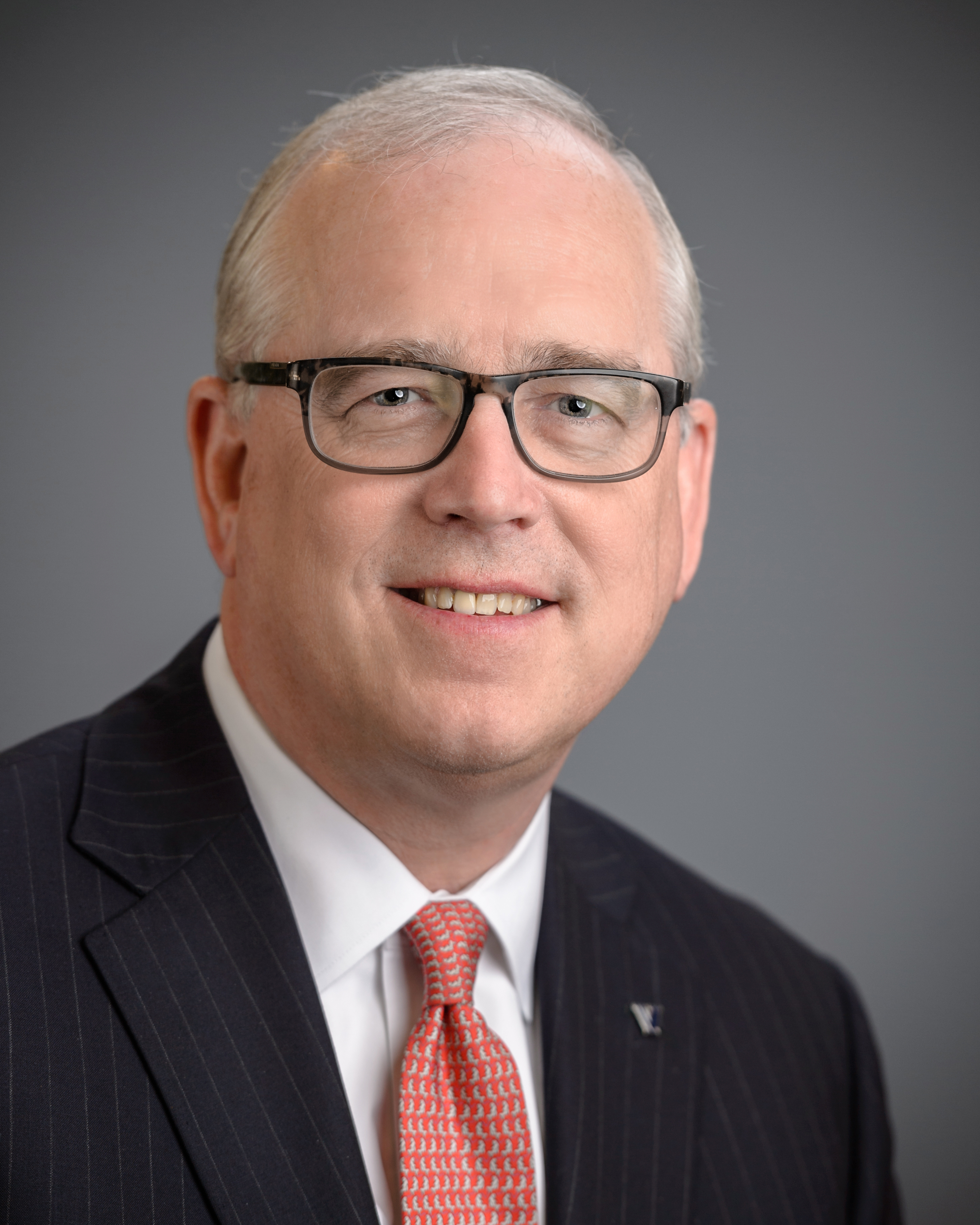 “The smaller outflows, the fact that there are fewer bid-wanteds, daily reset rates are below 1% (two weeks ago there are as high as 9%), dealer inventory has decreased – for all of those reasons I think the liquidity crisis which scares everyone is largely behind us,” Dunphy said. “I think all those things are signs our market is stabilizing. Today’s market is very different than it was two weeks ago.”

He also said he believes the immediate liquidity crisis is predominantly in the rear view mirror but uncertainty breeds selling, so we would expect to see more gradual yield movements.

“I don’t think it’s the new normal but for now, the normal will be choppy going forward,” he said. “With the pent up demand, deals going day-to-day, it will be choppy and bumpy but we won’t see the big swings due to liquidity.”

Dunphy and others agreed that as the liquidity crisis subsides that participants will begin to analyze cash flow and credit quality.

Large mass transit will survive, he said. Transit is an essential service necessary to support the local economy, but participants noted that across the country, all of the mass transits are in a similar spot and no one knows when ridership will return to normal.

“I don’t think the rating agencies are being over critical,” Dunphy said. “For the most part, you have the same people at the helm who were there at the financial crisis and then, they got in hot water for not reacting quickly. Now, they want to be quicker on the trigger and you have to remember, all the uncertainty adds to the probability of late payments and what they are rating is timely payments.”

Chris Brigati, managing director, head of municipal trading at Advisors Asset Management, believes the focus on credit was largely absent before the pandemic but will now remain on the forefront of investors’ minds until the market volatility settles down.

“I believe prior to this incident, credit was not being properly valued and the market was too complacent with regard to credit risk,” Brigati said.

Specifically, the high-yield sector was trading at the tightest historical spreads as investors seeking yield extended further out on the credit spectrum pushing credit spreads tighter and tighter, he noted.

Airports are an example of a highly impacted sector due to the lack of revenue generation to fund debt service, according to Brigati, who said mass transit, toll roads, bridge revenue issues, and stadium and convention center credits are also seeing challenges.

“The amount of credit widening has varied significantly, and changes day-to-day — if not hour-to-hour,” Brigati said. “It is difficult to completely ascertain how much of a given credit widening is related to credit concerns or general illiquidity in the municipal market.”

During the financial crisis, credits widened significantly as liquidity evaporated from the market, Brigati recalled.

“This time is arguably different as dealer balance sheets are about 50% of what they were during the 08-09 period and the market action is more heavily concentrated in some of the larger buy-side accounts,” he said.

Primary market
While the muni market primary landscape for the upcoming week resembles the Gobi Desert, there are a few big deals listed on the calendar.

In the competitive arena, Memphis, Tennessee is set to sell $212 million of GO refunding bonds on Wednesday while the Metro Atlanta’s Transit Authority is coming with $140 million of revenue bonds.

As far as the primary market goes right now, it won’t be easy for issuers, however, they will need to find a way to fund their capital projects.

“Who wants to lock in on a new issue right now? No one, not the buyer nor the seller,” Dunphy said. “Munis shouldn’t time the market like corporate treasurers may do.”

Stocks were back down and in the red as Treasury yields were mixed. 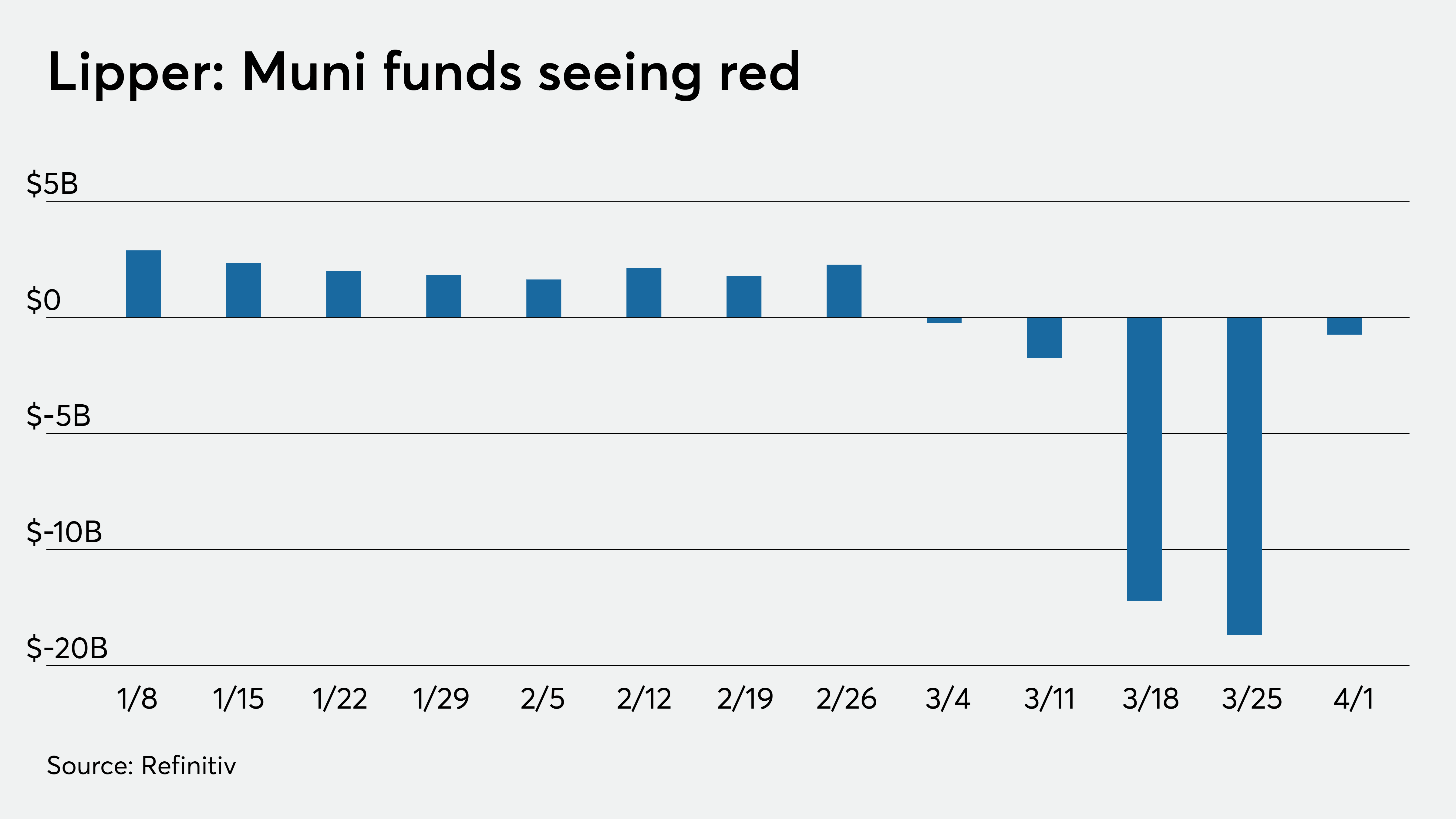 For the fifth week in a row, investors pulled cash from the municipal market but two positive takeaways are that outflows in the most recent week were only in the millions, not billions and that long-term muni funds and high-yield muni funds both reported inflows.

In the week ended April 1, weekly reporting tax-exempt mutual funds suffered $749.185 million of outflows, after outflows of $13.678 billion in the previous week, according to data released by Refinitiv Lipper late on Thursday.

The four-week moving average was negative yet again at $7.100 billion, after being in the red at $6.975 billion in the previous week.

The weekly average yield to maturity of the Bond Buyer Municipal Bond Index, which is based on 40 long-term bond prices, dropped 29 basis points to 3.75% from 4.04% the week before.