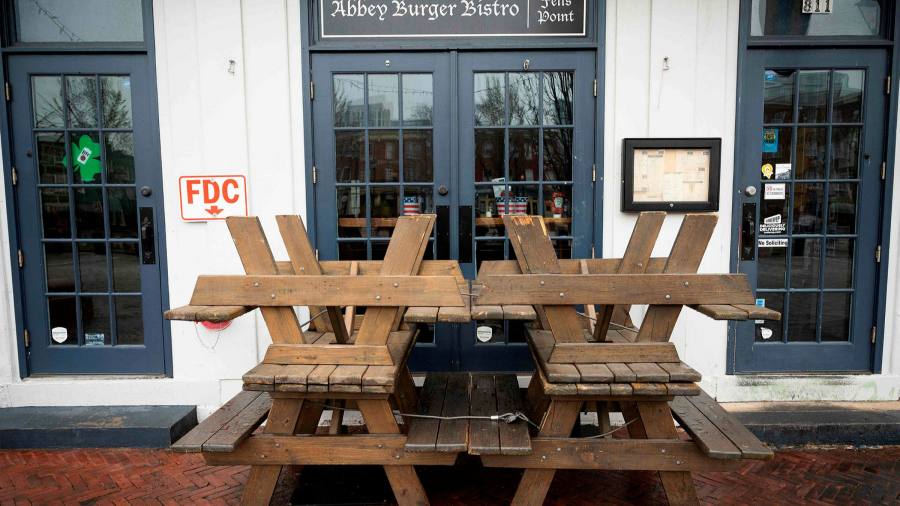 The coronavirus pandemic and lockdowns imposed by governments on both sides of the Atlantic have pushed the global economy into the sharpest downturn since the Great Depression, data released on Friday signalled.

The US economy shed 710,000 jobs in early March, ending 113 months of continuous job growth, in official figures that were far worse than economists had been expecting.

The shock US employment numbers came shortly after business surveys across Europe showed the services sector to be in deep trouble with the largest drop in activity and prospects for more than 20 years.

The head of the IMF has warned that the economic impact of the coronavirus pandemic would be worse than the 2008 financial crisis.

“This is a crisis like no other,” said Kristalina Georgieva, managing director of the IMF, speaking at a conference organised by the World Health Organization on Friday. “Never in the history of the IMF have we witnessed the world economy coming to a standstill,” she said. “It is way worse than the global financial crisis.”

Worse data was about to come in April, economists said, with many now forecasting double digit percentage declines in output in the second quarter as vast swaths of the world’s two most advanced economic zones shut down.

Indices of activity by purchasing managers in the eurozone, UK and Swedish purchasing managers’ indices all fell around 20 points, from levels indicating a majority of companies were seeing business activity improving to levels below those seen at the worst point of the 2008-09 financial crisis.

Italy, which went into lockdown first, had the weakest PMI index on record with a figure of 17.4, compared with a figure of 50 which represents the point at which an equal number of companies reported rising and falling activity.

“It’s clear that the economy is contracting more quickly than ever before during peacetime,” said Jack Allen-Reynolds, an economist at Capital Economics.

The terrible data have led economists to slash forecasts for global growth, which were around 3 per cent at the start of March for 2020. Economists at Bank of America have cut their estimates repeatedly and now expect a contraction of 2.7 per cent, “considerably worse than the 2008-09 recession”.

With 10m initial claims for unemployment insurance reported in March in the US, economists expected weak payroll figures — but the reality was much worse than forecast.

David Riley, chief investment strategist at asset manager BlueBay, said: “Today’s report confirms, if this were needed, that the US and global economy is experiencing the most severe drop in output and income in modern history.”

Governments and central banks on both sides of the Atlantic have responded with stimulus programmes designed to offer insurance to those who have lost regular work or companies who have seen revenues dry up much faster than in a normal recession.

But they cannot prevent the shutdowns having a devastating effect on current business conditions, which will continue until the spread of Covid-19 is brought under control and restrictions can slowly be lifted.

As the US and Europe prepare for an even more difficult month for their economies in April, all eyes will be on China to see whether its economy rebounds after lockdown restrictions begin to be relaxed.

Even though some of China’s business surveys have bounced, the service sector in the world’s largest economy remains under severe strain with smaller private sector companies on Friday reporting activity still worse than in February, according to the Caixin survey.

Miguel Chanco, senior Asia economist at Pantheon Macroeconomics, said that despite the easing of restrictions there was still “no post-lockdown bounce” to be seen.