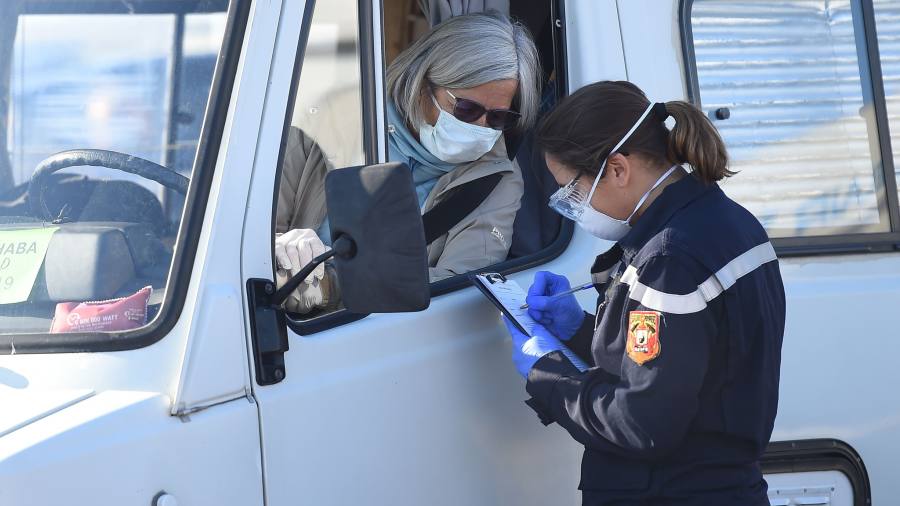 The UK is carrying out what health secretary Matt Hancock calls “the world’s largest randomised clinical trial of potential coronavirus treatments”. Almost 1,000 patients from 132 different hospitals have been recruited to take part in the trial coordinated by the University of Oxford that will test a number of existing medicines recommended by an expert panel: lopinavir and ritonavir, commonly used to treat HIV; dexamethasone, a type of steroid used in a range of conditions to reduce inflammation; and hydroxychloroquine, a treatment for malaria.

The head of the International Monetary Fund warned that the economic impact of the coronavirus pandemic will be worse than the 2008 financial crisis. “Never in the history of the IMF have we witnessed the world economy coming to a standstill,” said Kristalina Georgieva, managing director of the IMF, speaking at a conference organised by the World Health Organization on Friday. “It is way worse than the global financial crisis.”

Turkey’s president, Recep Tayyip Erdogan, has imposed a lockdown on the country’s youth, bringing the country a step closer to a full nationwide lockdown. Turkey has already banned over-65s from leaving the house, using such measures as taping benches to discourage gatherings in parks. On Friday evening, Mr Erdogan announced that he was extending the lockdown to all those under the age of 20. He has resisted opposition calls to impose a full nationwide lockdown, insisting that the cogs of the country’s economy “must keep turning”.

Officials in Ireland, which reported 22 further coronavirus deaths on Friday, taking the total to 120, reported faulty Chinese protective gear. Dublin received the first shipments last weekend from a €208m deal with a supplier in China. But officials acknowledged on Friday that part of the consignment was unsuitable.

US president Donald Trump on Friday said he would sign an order that will “prohibit export of scarce health and medical supplies by unscrupulous actors”. The order is the latest effort by the president to invoke a Korean war-era law that allows the government to take over parts of the industrial base during times of national emergency. Mr Trump has also used the Defense Production Act of 1950 to order General Motors to manufacture ventilators.

The US Centers for Disease Control and Prevention will now recommend that Americans wear face coverings when they go outside to protect against coronavirus. The guidance is a reversal from the CDC’s earlier stance that healthy people did not have to wear masks. The surgeon-general, Jerome Adams, said that healthy Americans should use “simple cloth coverings”, not surgical masks or N95 respirators, which should be saved for healthcare and medical workers.

US airlines revealed new details of their financial struggles. United Airlines said in a filing with the Securities and Exchange Commission that it estimates it lost $100m in revenue per day in March and forecast that fourth-quarter revenue will be down 30 per cent compared to the same period in 2019, when it reported $10.9bn in revenue. Delta Air Lines chief executive Ed Bastian said the company was burning through $60m in cash a day, up $10m from the previous burn rate. Delta will give customers up to two years to re-book or plan flights for travel, reflecting the potential for uncertainty to linger in the industry even after the pandemic subsides.