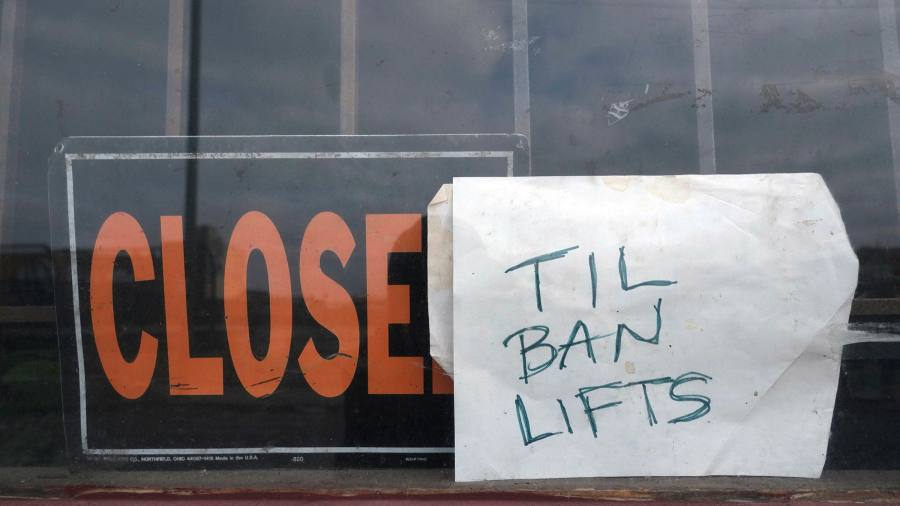 Global job losses have surged with millions of Americans and Europeans seeking unemployment benefits as lockdowns imposed to slow the spread of the coronavirus pandemic wreak havoc on some of the world’s biggest economies.

A record 6.6m Americans filed for jobless aid last week, the US labour department said on Thursday, more than double the 3.3m that applied for benefits two weeks ago — and far higher than economists’ forecasts.

More than 10m Americans filed new claims for unemployment benefits in the second half of March, a massive surge in unemployment in the world’s largest economy.

“It is and continues to be an eye-watering number. It continues to confirm our worst fears about the speed of lay-offs,” said Torsten Slok, chief economist at Deutsche Bank Securities. “[Job claims ] tells you that government programmes are too late, and companies have already reacted.”

The picture was also bleak in Europe where governments are using state-funded schemes in an attempt to avoid permanent job losses.

About 4m French workers — equivalent to a fifth of France’s private sector employees — had applied for temporary unemployment benefits during the past two weeks, according to data released on Thursday.

Spain, which has the third-highest number of confirmed coronavirus cases after the US and Italy, recorded the biggest jump in unemployment in its history, with more than 800,000 people losing their jobs last month. The country was already grappling with joblessness of 14 per cent and almost all the job losses came from people on temporary contracts, who represent more than a quarter of the workforce.

In the UK, almost 1m people have applied for universal credit, a state benefits scheme, while in Ireland about 34,000 companies have signed up for a government wage-subsidy programme in less than a week.

The surge in job losses came as governments across the globe have taken increasingly aggressive measures to restrict movement as they battle to contain the Covid-19 outbreak, with the total number of confirmed cases passing 1m. More than 50,000 people have now died from the disease.

The restrictions have forced businesses to close their doors, throttled international trade and battered financial markets amid warnings of a global recession worse than the 2009 global crisis. They have also led to fears of an emerging market debt crisis as commodity prices have fallen and currencies tumbled against the dollar.

US President Donald Trump last month said the cure should not be worse than the disease. But in a change of tone this week, he warned that the US death toll could reach up to 240,000 even if Americans followed the strict social distancing guidelines that the White House has recommended remain in place until the end of April.

He told the US to be ready for a “painful” two weeks.

Western governments have launched multitrillion-dollar rescue packages to help cushion the impact on economies, but firms are laying off or furloughing staff in vast numbers, particularly in the retail and hospitality as restaurants and shops have closed.

California reported the largest number of jobless claims in the US at 878,727, while Pennsylvania reported 405,880, according to early state-level estimates that have not been seasonally adjusted. Meanwhile New York, which has emerged as the biggest US hotspot for Covid-19, reported 366,403 claims.