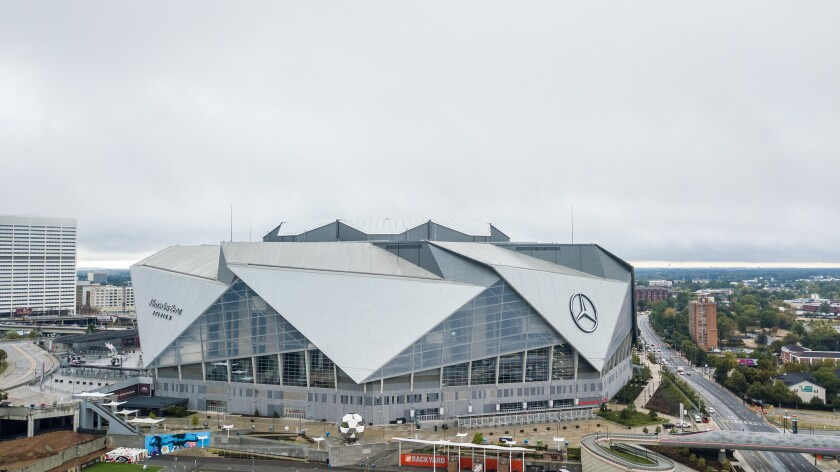 The NCAA, after canceling winter and spring championships that include its lucrative “March Madness” men’s basketball tournament, was hit with a negative outlook.

The organization has roughly $9.6 million of debt outstanding issued through the Indiana Finance Authority. Bond repayment is a general unsecured obligation of the NCAA.

Moody’s said the outlook shift was driven by the organization’s decision to cancel the Division I men’s and women’s 2020 basketball tournaments as well as all remaining winter and spring NCAA championships in light of the COVID-19 pandemic.

“The negative outlook incorporates expectations of weak operating performance in fiscal 2020 and potential increase in debt through an operating line of credit as the association responds to its event disruption revenue contraction through reduction to its Division I member distributions and other expenses,” Moody’s stated.

“The association has prepared for a financial catastrophic event like the one we face now,” said Michael Drake, chair of the NCAA Board of Governors and president of The Ohio State University . “While we certainly have challenges ahead, we would be in a far worse position had it not been for this long-standing, forward-focused planning.”

The NCAA receives most of its revenue from TV and marketing rights for the basketball tournament, as well as championship ticket sales. The revenue is used to provide distributions to member conferences and schools, along with funding championships, national programs and other initiatives to support student-athletes.

NCAA said each division is expected to lose 70% of its annual estimated revenue for the year as a result of the cancellations.

“Typically, the NCAA generates more than $800 million in revenue from the Division I men’s basketball tournament, largely from TV and marketing rights,” it said in a press release. “While we will have savings from championship cancellations, we still are estimating the extent of the net loss, but we expect the impact to be substantial.”

Drake said that the NCAA is undertaking a variety of cost-cutting budget measures that will be determined in the upcoming weeks.

The NCAA said it will distribute $225 million to its Division I member schools in June, nearly two-thirds less than the $600 million scheduled to be handed out in installments from April to June.

The adjusted distributions to members will include $50 million of fixed income investments from NCAA reserves to help make up for the lost revenue and a $270 million event cancellation insurance policy will help pay off the remaining distribution.

The insurance coverage is provided to the NCAA for its net loss due to the cancellation of the Division I men’s basketball tournament, which includes loss of both ticket and media rights-related revenue.

NCAA said it plans to open a line of credit which would be paid off upon receipt of the business interruption insurance reimbursement. Moody’s noted in a report that the line of credit adds to the association’s ability to respond to near-term shocks but the potential increase in debt adds to expectations of weak operating performance in fiscal 2020.

Moody’s said the outlook could return to stable following the receipt of 2021 basketball championship revenue especially if any amounts drawn on the line of credit are repaid and financial reserves remain relatively stable.