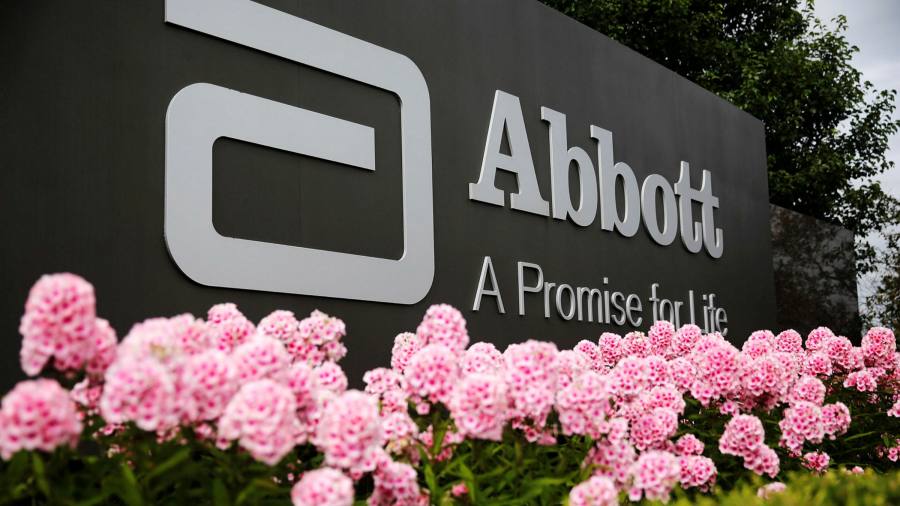 Two US healthcare companies have brought new hope in the fight against coronavirus, with Johnson & Johnson announcing a potential vaccine that could be available early next year and Abbott Laboratories launching a rapid test kit.

J&J said on Monday it had identified a vaccine candidate and was teaming up with the US government to invest $1bn in its development, expecting to start testing in humans by September.

Abbott said it was launching a test for the virus that could take as little as five minutes and could be run on a portable machine the size of a toaster.

The two announcements — which drove shares in both companies sharply higher — are the latest in a vast mobilisation of global healthcare groups and governments to fight a virus that has killed more than 35,000 people and sent entire countries into lockdown.

J&J was the first large pharmaceutical company to enter the race for a vaccine, in January. Since then companies including Sanofi, GSK and Pfizer have begun to compete — though none of them have yet tested their potential vaccines in humans.

If the early trials go well, the company said the vaccine could be available by early 2021 to be used under an emergency use authorisation, a fast-track waiver from the US regulator. Shares in J&J rose 7.9 per cent.

But while J&J has landed on a vaccine candidate far more quickly than usual, it is still behind Boston-based biotech Moderna. Moderna’s candidate was ready more than a month ago and entered human testing in March, six months earlier than J&J planned for its potential vaccine.

Moderna broke records by coming up with a potential vaccine in just 42 days, using its platform that can be quickly adapted to the genetic sequence of the viruses.

Alex Gorsky, chairman and chief executive of J&J, said the potential vaccine was built on over a decade of research and billions of dollars of investment.

While J&J may be slower than Moderna at getting into human testing, Mr Gorsky stressed the ability of his company, the world’s largest healthcare group, to scale manufacturing to ensure everyone would have access to a vaccine.

“We want to make this accessible and affordable for everybody who’s going to need this” he said. “It’s going to be important for the world to have access, and frankly we think that’s our responsibility to make it available.”

As well as the expansion of its partnership with the US Biomedical Advanced Research and Development Authority, known as Barda, on research and development, J&J is investing to rapidly scale its manufacturing capabilities, preparing to produce a billion doses by the end of 2021.

US politicians have worried that pharmaceutical companies could profit off the crisis while making vaccines and drugs unaffordable for many. But J&J promised on Monday that the vaccine would be sold on a “not-for-profit” basis during the pandemic.

Abbott’s announcement came as countries struggled to acquire enough fast and accurate tests to diagnose greater swaths of their populations. With more widespread testing, the hope is that draconian containment measures can be eased.

Abbott’s new diagnostic test for Covid-19 could cut the wait for results down to as little as five minutes for a positive result and 13 minutes for a negative one.

The test runs on the company’s portable platform, which is the most widely available point-of-care molecular testing device in the US. Abbott said the test would start to be distributed to healthcare providers, such as doctor’s offices, urgent care clinics and emergency departments, this week. Shares in Abbott rose 7.2 per cent.

Robert B Ford, president of Abbott, said the device would help clinicians test “outside of the traditional walls of a hospital in outbreak hotspots”.