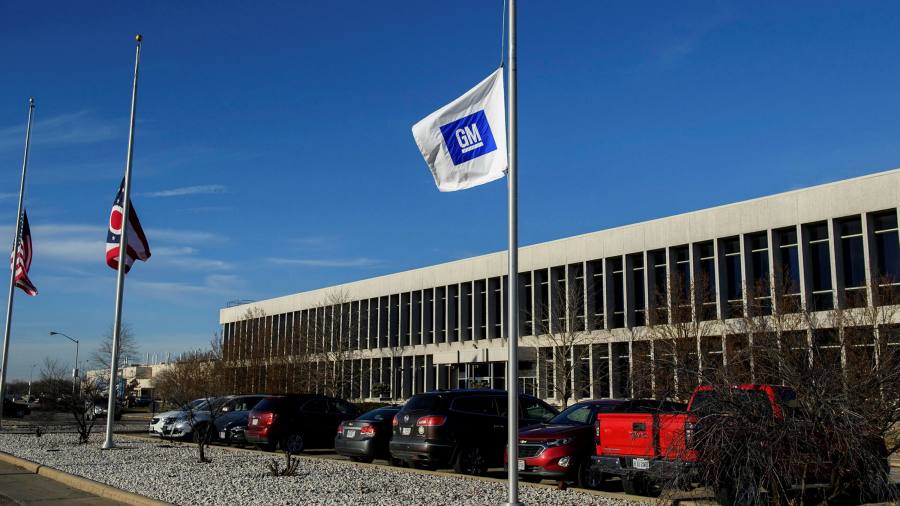 President Donald Trump deployed the government’s powers to compel General Motors to make ventilators needed to help healthcare providers treat patients that contract coronavirus, as the number of US cases continues to grow.

The White House on Friday invoked the Defense Production Act, under which the president can compel companies to make certain products.

“Our negotiations with GM regarding its ability to supply ventilators have been productive, but our fight against the virus is too urgent to allow the give-and-take of the contracting process to continue to run its normal course,” the White House said in a statement. “GM was wasting time.”

James Cain, GM spokesman, said the company had worked with ventilator manufacturer Ventec “around the clock for over a week to meet this urgent need. Our commitment to build Ventec’s high-quality critical care ventilator . . . has never wavered”.

Mr Trump had earlier criticised GM and Ford on Twitter for not manufacturing ventilators fast enough, calling on GM to bolster supplies by reopening a plant it sold last year.

GM did not respond directly to the tweets, but said it would join with Ventec to produce the medical equipment at its factory in Kokomo, Indiana. GM and Ventec will deliver the first ventilators next month with capacity to increase to 10,000 per month. GM will donate resources at cost.

GM, Ford and Fiat Chrysler have rolled out plans to help make medical equipment or protective gear to combat the coronavirus pandemic. The GM-Ventec venture had been scheduled to debut on Wednesday, but was delayed while government officials weighed whether the $1bn price tag was prohibitive, The New York Times reported.

Mr Trump said on Twitter that GM was delivering fewer ventilators than promised while asking for “top dollar”. He tweeted: “Invoke P.!”, explaining 13 minutes later that he meant that the Defense Production Act should be invoked.

The president said GM and Ford should “GET GOING ON VENTILATORS, FAST!!!!!!”. He also said GM should reopen the plant at Lordstown, Ohio, that it sold to a start-up planning to make electric trucks.

Mr Trump has given Alex Azar, the health secretary, the authority to use the act to force companies to make healthcare equipment. By doing so, the White House has said the president had invoked the law.

But his administration has not formally used the act’s powers to increase supply of items such as masks or ventilators to combat coronavirus. Until Friday, Mr Trump had insisted companies were doing all they could to help produce such equipment, even as others pointed out he could do more.

Industry groups led by the US Chamber of Commerce have argued against formal government intervention, saying that manufacturers are rising to the challenge voluntarily, but Mr Trump has faced growing calls to use his powers under the DPA to co-ordinate US industry’s response to the crisis.

“It is time for the president to stop whining and tweeting and start acting,” Connecticut senator Chris Murphy told reporters on Friday, hours before the White House announcement. “The president complained today about GM’s apparent reversal on the number of ventilators they were going to produce. Well, it doesn’t have to be up to GM. The president of the United States has the power [to compel companies],” he said.

The act gives the president the authority to demand that manufacturers give priority to government orders, to prevent hoarding and price gouging, and to provide incentives in the form of purchase guarantees and subsidies, noted Katrina Mulligan, a national security expert with the Center for American Progress Action Fund.

“The manufacturers are not the ones who should be making life and death decisions about who receives what, when,” she argued.

GM announced a week ago that it would use its purchasing and logistics expertise to help Ventec, a smaller manufacturer headquartered in suburban Seattle, to increase production. Ford is working with Minnesota manufacturer 3M and GE Healthcare on efforts to build a modified respirator and a modified ventilator, the latter of which would need fast-tracked approval from the federal government for production. Ford and the United Auto Workers union also plan to make about 100,000 face shields per month for hospital workers.

Although GM has closed all its plants in North America, 1,000 UAW members will return to work to make the ventilators. The company also plans to make surgical masks at a Warren, Michigan, plant, reaching 50,000 per day in two weeks.

“We are proud to stand with other American companies and our skilled employees to meet the needs of this global pandemic,” said Mary Barra, chief executive.

GM shares closed 5.3 per cent lower on Friday, while Ford’s were down 1.1 per cent.