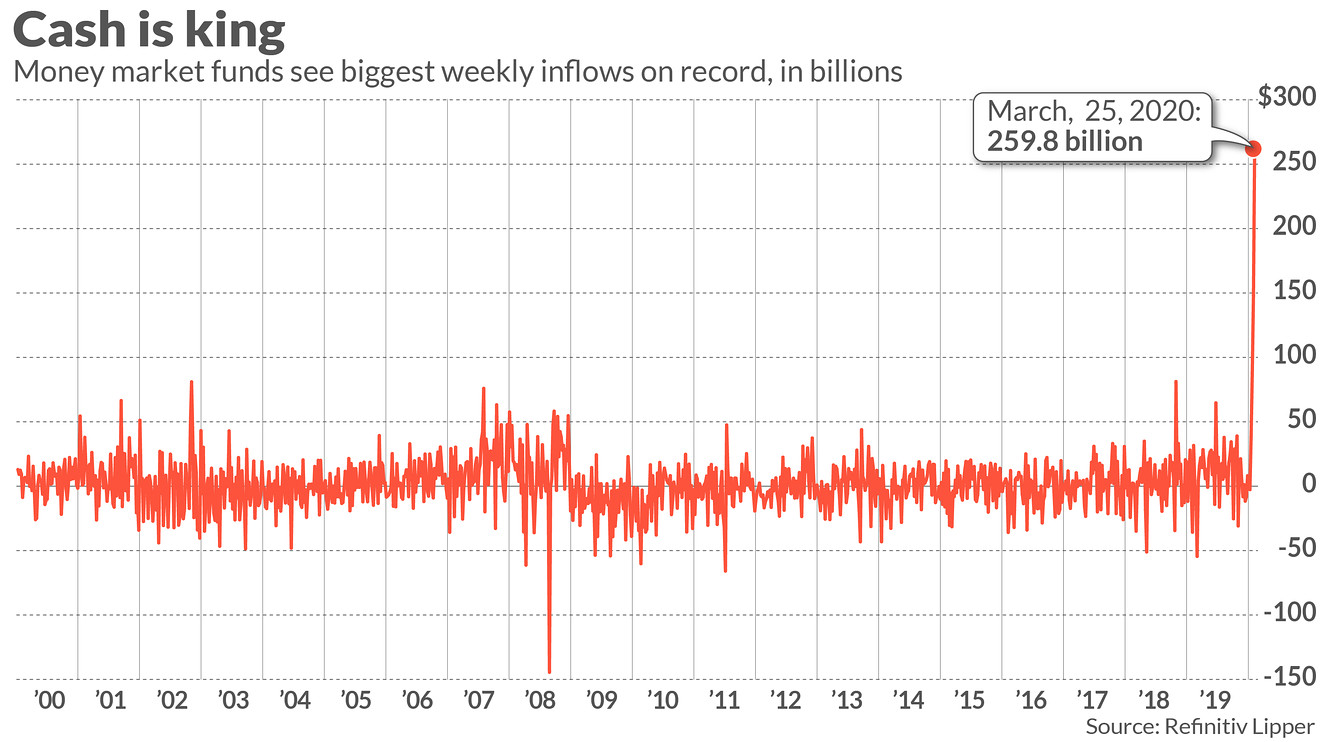 Investors have spent the past couple of weeks in a “sell everything” mind set. That’s turned into a windfall for money-market funds.

Money flowed into those funds at a breakneck pace in the most recent week, data from Refinitiv Lipper show. It was the third straight week of record highs, each one nearly doubling the figure of the week before: from $87.6 billion the week of March 11 to $148 billion the following, and finally $258.9 billion in the period ending March 25.

“Investors continue to take money out of play in record numbers,” Refinitiv Lipper noted in a release, “as the economic impact of the coronavirus continued to wreak havoc on investing.”

It’s important to point out that money-market funds are not the same as cash, and in fact have required interventions during the evolving crisis of the past few weeks, from the Federal Reserve and by at least one bank.

Still, they are more secure than equities: the Dow Jones Industrial Average

is down 14%. They are safer than many commodities: oil

has lost more than half its value in that time, while an exchange-traded fund tracking everything from copper to coffee to cattle

has lost 17%. And, in the panic of the moment, money markets may have seemed a better bet even than bonds: an ETF

that holds U.S. government bonds of seven- to 10-year maturities is up only 4% over this period.

See: The Fed is going to buy ETFs. What does it mean?

And: ETFs behaving badly: ‘exactly what they are supposed to do’ or ‘just what we feared’?