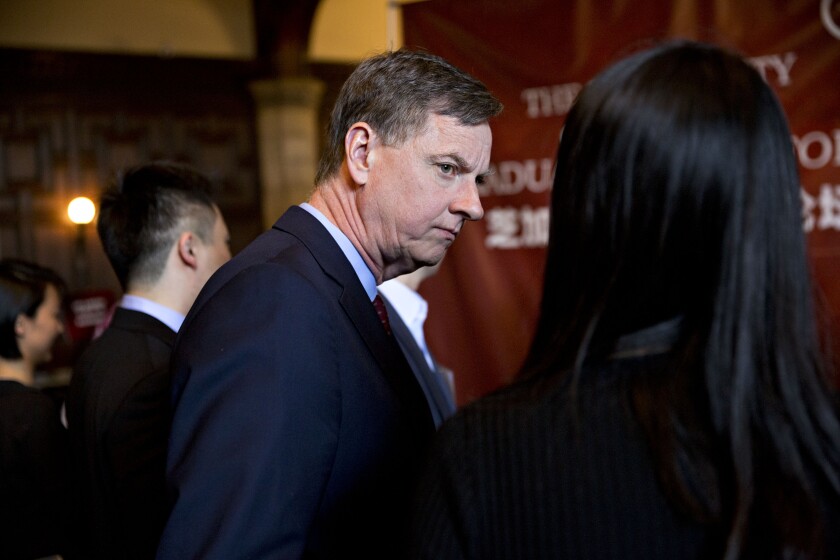 With the Federal Reserve bringing the Fed funds target rate down to the zero lower bound, communication takes on a vital role, and, if used properly, can enhance Fed actions.

At the March 6 Shadow Open Market Committee meeting, before rates hit ZLB, panelists discussed improving Fed communication, including its use of unconventional tools.

The Federal Open Market Committee Summary of Economic Projections can be “an extremely useful tool,” according to Federal Reserve Bank of Chicago President Charles Evans.

Speaking about Fed communications during the panel, Evans said, “The Fed will likely need to do something out of the historical norm in order to remove the inherent downward bias on inflation expectations.”

He noted, “The Fed needs to emphasize that our mission is to set interest rates … with the express goal of meeting our dual mandate.”

As for his defense of the dot plot, Evans told the SOMC, meeting under the auspices of the Manhattan Institute, “these forecasts are an extremely useful communications tool” provided FOMC members offer “a coherent” policy path, “consistent” with macroeconomic policy.

The next speaker, former Fed Vice Chair Donald Kohn, added, “it would be coherent if we knew which dot went with which GDP forecast and which inflation forecast.”

To improve communication, Kohn said, he hopes the “Fed Listens” events will result in the Fed being clearer about its strategy, which doesn’t mean adopting a “hard rule” to make up for misses. Using a price-level target or inflation averaging would be a strategy, not communication, he added.

The Fed should “give clarity about whatever approach is adopted,” he said. “Where are the hard lines? Where is the fuzziness? Why should this approach achieve the appropriate outcomes?”

Communication is “enhanced” if market participants and others “can understand the strategy and anticipate the deployment of tools, the path of interest rates and the use of unconventional tools,” Kohn said. “We don’t have that clarity now.

One example is the Fed’s use of the word “symmetrical” regarding its inflation target, a word they never define. “I have the clear sense it means different things to different policymakers,” he said.

Also, the Fed issues a longer-term strategy in January, yet doesn’t relate its moves to that statement.

With the Fed again at zero lower bound, clarity about use of unconventional tools — although they weren’t at the point when the meeting was held — could make policy “more effective, with shorter lags,” Kohn said. The Fed needs to tell the public what it learned from its previous use of these tools, how and in what order they would be deployed, and if any of those they used would be ruled out for future use.

Another improvement would be if the dot plot offered clarity about risk surrounding the forecasts and uncertainties. Kohn pointed out that medians could be moved by just one or two changes in projections, which offers a “false sense of certainty” about the projections.

“Some way needs to be found to put that median in perspective and take some of the focus away from it.”

In her view, by expanding the post-meeting statement the FOMC “could give a better sense of its reaction function, its medium-run outlook, the risks around the outlook, and policy rationale.” The statement could include “a summary of changes in a consistent set of indicators on inflation, inflation expectations, the unemployment rate, employment growth, output growth, and financial conditions that the Committee regularly assesses to formulate its outlook and view of appropriate policy.”

The panel could indicate “whether the accumulated changes in these indicators have materially changed the Committee’s outlook,” with the outlook and risks to it also addressed, she said.

“The statement would then describe the Committee’s policy decision, tying that policy to the achievement of its policy goals, given the outlook and risks,” noting the “considerations” the panel used “when determining future changes in policy to help the public anticipate how policy is likely to change in response to changes in economic developments that affect the economic outlook, without having to be prescient about how those conditions will actually evolve.”

She would also advocate releasing “the balance of risk graphs that are part of the SEP,” when the dot plot is released. Currently those graphs are released with the minutes of the meeting, three weeks later. “I believe enhancements like this would allow the FOMC to better control the narrative about its economic and policy views,” she said.