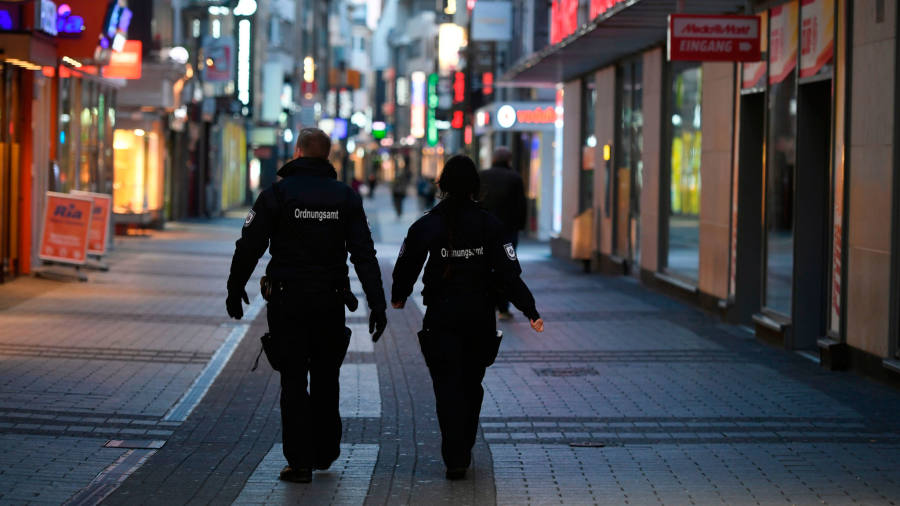 New Mexico has become the latest state to issue a stay at home order, bringing the proportion of the US population under lockdown now and in coming days to more than 40 per cent.

The order from the south-western state, which comes into effect at 8am on March 24, means the number of US states ordering residents to stay at their residences more than doubled on Monday to 15. Indiana, Massachusetts, Michigan, Ohio, Oregon, West Virginia and Wisconsin made such announcements earlier in the day.

The 15 states where those orders are effective or about to come into effect cover just over 42 per cent of the population in the 50 states and District of Columbia.

The number of confirmed coronavirus cases in the US has soared to more than 41,000 as of Monday, 579 of whom have died, according to Johns Hopkins University. That is more cases than any country after China and Italy, and the number of people who test positive is expected to continue to rise rapidly as the US ramps up the ability to test people with symptoms.

New York is the hardest-hit state, with the number of confirmed cases rising by 5,707 in the past 24 hours, Governor Andrew Cuomo announced on Monday, bringing the total number of cases to 20,875.

Some individual cities and counties have issued stay at home orders, even though the states have not. As such, the proportion of the population affected by those restrictions probably exceeds 42 per cent.

Texas, the US’s second most-populous state, does not have a stay at home order in place, but local media reported the capital, Austin, was expected to take this route tomorrow, following in the footsteps of Dallas and Waco.