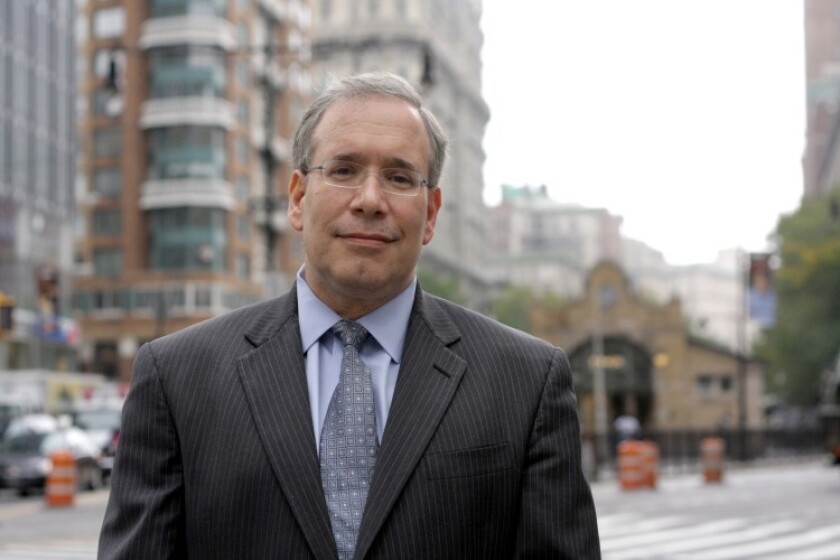 New York City Comptroller Scott Stringer, in his latest analysis of the effects of COVID-19, estimates revenue losses of $4.8 billion to $6 billion in fiscal 2020 and 2021.

The range depends on the severity and duration of the pandemic, Stringer said, and the duration and extent of the resulting economic shutdown.

He called for “direct and immediate” economic relief in the federal stimulus package before Congress.

“We are staring down a fiscal emergency and need the federal government to step up by injecting as much funding into our city’s economy as possible — our healthcare system, infrastructure, transit network, and so much more depend on it,” Stringer said.

Separately, the state-run Metrpolitan Transportation Authority, which operates the city’s subways and buses, two commuter rail lines and several intraboroigh bridges and tunnels, on Friday drew on a $1 billion credit line. It has requested a $4 billion rescue package from the federal government.

A Stringer analysis last week conservatively estimated the budget shortfall at roughly $3.2 billion, based on estimated declines in specific economic sectors. Monday’s analysis presumes a wider downturn in the overall economy, given rapid job losses in many sectors and mandatory shutdowns of many businesses enacted within the last week.

Stringer forecasts a steep decline in specific sectors from March through the end of June, notably in hotels, restaurants, retail and the cultural sector, as earnings collapse and unemployment soars.

In a more moderate scenario, the measures taken to contain the spread of the COVID-19 virus are successful and the shutdown of the economy would essentially end by May. That would involve limited effects on sectors outside hotels, restaurants and retail.

The higher-range scenario presumes the state of emergency lasting at least into June or July, with a slower recovery to normal economic activity, and larger effects on other sectors of the economy .

Balancing this year’s budget through use of the surplus, however, would result in a larger gap next year, according to Stringer, since the city planned to use this year’s surplus to prepay fiscal 2021 expenditures.

Next year’s gap could be as high as $4.5 billion in that case, Stringer added.

Moody’s Investors Service said credit quality will decline for some local governments overall, though but a material increase in defaults is unlikely. According to Moody’s, those with the greatest exposure have lower reserve positions, high reliance on economically sensitive revenue, elevated economic dependence on either tourism or oil and gas and low coverage of pension benefit outflows.

De Blasio has said he is still aiming for an on-time budget while adjusting for the effects of the virus. He presented his $95.3 billion preliminary budget in late January and is expected to release his executive budget next month.

The mayor and the 51-member council must finalize a spending plan by July 1.

To avoid exhausting other reserves, including balances in the Retiree Health Benefit Trust, Stringer renewed his urgent call for an immediate “program to eliminate the gap,” or PEG, that would require city agencies to identify savings equal to 4% of their city-funds budget with exceptions for the Department of Health and Mental Hygiene, Health + Hospitals and social service agencies.