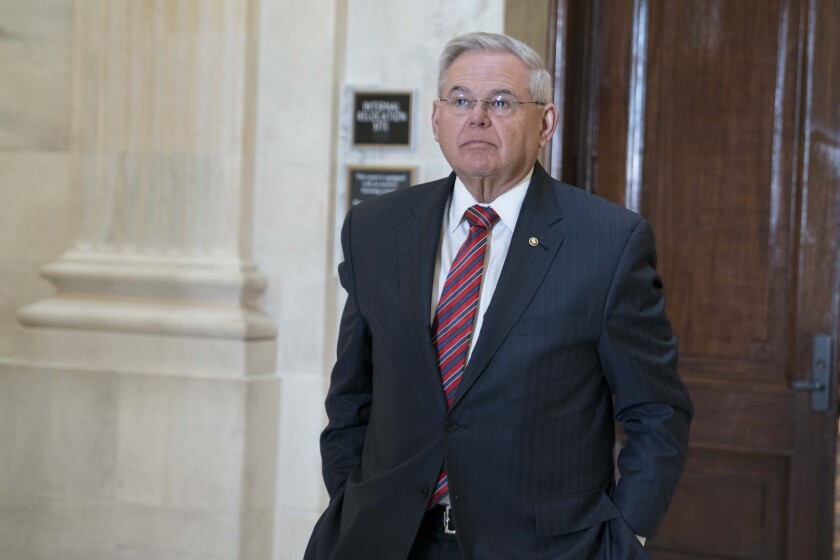 Public finance groups are pressing for the inclusion of municipal bond market assistance as part of the economic stimulus package the Senate is expected to vote on.

Senate Democrats voted as a bloc Sunday evening to stop consideration of an estimated $1.6 trillion relief package because of its perceived shortcomings, including the lack of provisions to assist state and local governments.

Schumer included in his list of shortcomings “no money for state and local governments, many of whom would go broke.”

Democratic Sen. Robert Menendez of New Jersey is proposing the inclusion of his Municipal Bonds Emergency Relief Act, which would authorize the Federal Reserve to purchase municipal debt to help state and local governments finance public services to cope with the coronavirus health emergency.

Current law largely precludes the Fed from buying munis except those with maturities of under six months, and it has been historically hesitant to wade into the muni market as a buyer of last resort during difficult financial times.

Then-Fed Chairman Ben Bernanke said in a 2008 letter to then-Rep. Paul Kanjorski, D-Pa.,that the Fed did not want new authority to lend to states and localities because such decisions were inherently political and jeopardized the freedom of localities from federal financial oversight.

NLC Executive Director and CEO Clarence Anthony said in a press statement in support of the Menendez bill that the municipal bond market “is at a disturbing standstill, with investors pulling money out, causing interest rates to spike.”

“Cities, towns and villages rely on a well-functioning marketplace to ensure their financing and to underpin our national infrastructure network,” Anthony said in a press statement.

The Menendez bill would “ensure that the capital markets that keep their communities moving are healthy and sustainable as well,” said Emily Brock of GFOA.

Fourteen Democratic members of the National Association of State Treasurers sent a letter to congressional leaders warning of the dire consequences if Congress fails to address the situation faced by state governments.

“If the current crisis continues and rainy-day funds eventually diminish, then policies to reduce expenditures and raise tax rates will become increasingly necessary, especially given the additional challenge of issuing debt in highly illiquid and volatile financial markets,” the treasurers wrote. “These policies could further weaken economic activity and undercut the ability to maintain high-quality public services, especially for the most vulnerable.”

The National Association of Bond Lawyers separately sent a letter Sunday to Senate and House leaders with a list of 11 proposed measures, including reinstatement of tax credit bonds and direct-pay bonds such as Build America Bonds.

“At minimum, increase the cap of small issuer exception substantially, such as to $100 million,” the letter said.

A separate request is for Congress to remove state volume caps on issuing multifamily housing bonds for three years through the end of 2022.