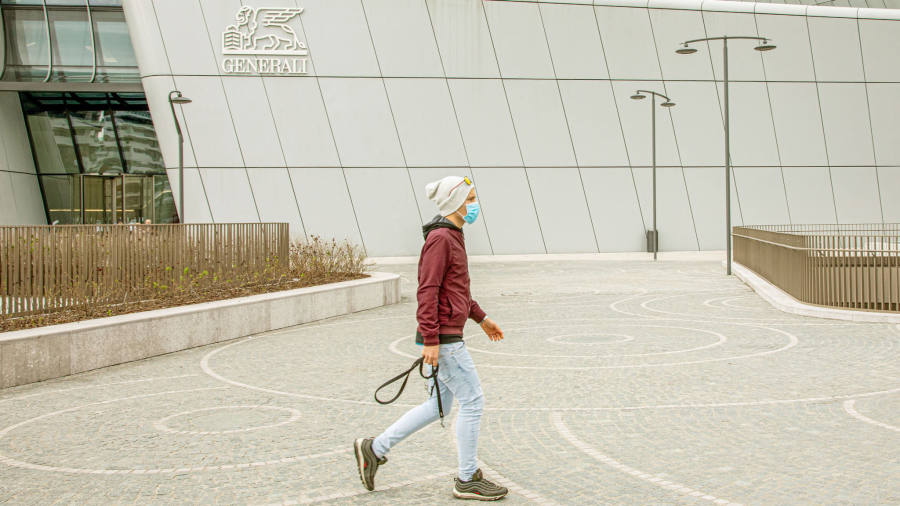 Shares in some life insurance companies have more than halved over the past few weeks as fears grow that the sector faces a double hit from coronavirus.

Life insurers are braced for higher payouts in the wake of the outbreak, but the bigger threat to their balance sheets, insurers and analysts say, are plunging markets and falling interest rates triggered by the pandemic.

Insurers’ shares have fallen faster than the wider stock market. In Europe, Allianz, Axa and Legal & General are down by more than 40 per cent. In the US, Prudential Financial and MetLife have fallen by more than half, while Brighthouse has lost almost two-thirds of its value. Rating agency Fitch has downgraded its outlook on life insurers in the US, UK and continental Europe to negative.

Life insurers hold a mixture of assets — mainly bonds — to fund the claims that they pay. The collapse of stock markets will hurt, although for most life insurers equity exposure is limited. Risks to corporate bonds are far more significant, especially because insurers, like many investors, have in recent years been forced to buy riskier bonds in the hunt for yield.

“They’ve gone down the quality curve a bit to get returns,” said James Shuck, a European insurance analyst at Citigroup. He said the proportion of triple-B bonds — those rated at the lowest rung of investment grade — had gone up from under a third of the insurers’ corporate bond portfolios in 2012 to 43 per cent today.

Brandan Holmes, a senior credit officer at Moody’s, said the risk that triple-B bonds would default was “manageable” — but the risk that the bonds would be downgraded was more serious. If the bonds fall below investment grade, insurers would have to sell them or hold more capital against them, depressing returns further. “There is capital pressure on all sides in the investment portfolio,” he said.

Low interest rates make it harder for insurers to meet the financial guarantees they have already made to existing customers. Every time a bond matures, the money has to be reinvested at a lower rate. Nor are life insurers well protected against further falls in their investment portfolios.

The crisis will also hit new product sales. Face-to-face advice is still the norm, and agents and financial advisers will struggle to bring in new business from individual clients if they cannot meet them. Italian insurer Generali has earmarked some of its €100m coronavirus rescue fund to help agents and advisers who are struggling.

Insurers say it is still too early to forecast the effect of the virus on mortality. It remains unclear, according to one US insurer, whether the total number of deaths from the virus will be greater than those in a bad flu season (according to the Centers for Disease Control and Prevention, the flu will take between 20,000 and 60,000 lives in the US this year).

“Given the current situation and the solutions that are expected over the next several months . . . it doesn’t appear that [mortality] will be a huge [financial] issue,” said Dale Hall, managing director of research at the Society of Actuaries. “Life insurers are well capitalised.”

“All of the [insurers] with protection portfolios are more than 90 per cent reinsured,” said Matthew Edwards, a director at consultancy Willis Towers Watson, although he added that reinsurance was less common in some countries, such as Italy, than it was elsewhere.

The rising cost of claims on these policies could be offset by lower payouts elsewhere. Annuities, for example, pay out as long as a person is alive so a rising death rate means lower payouts. “If you are a mixed insurer, what you gain on the annuity book will more than make up for losses on protection,” said Mr Edwards.