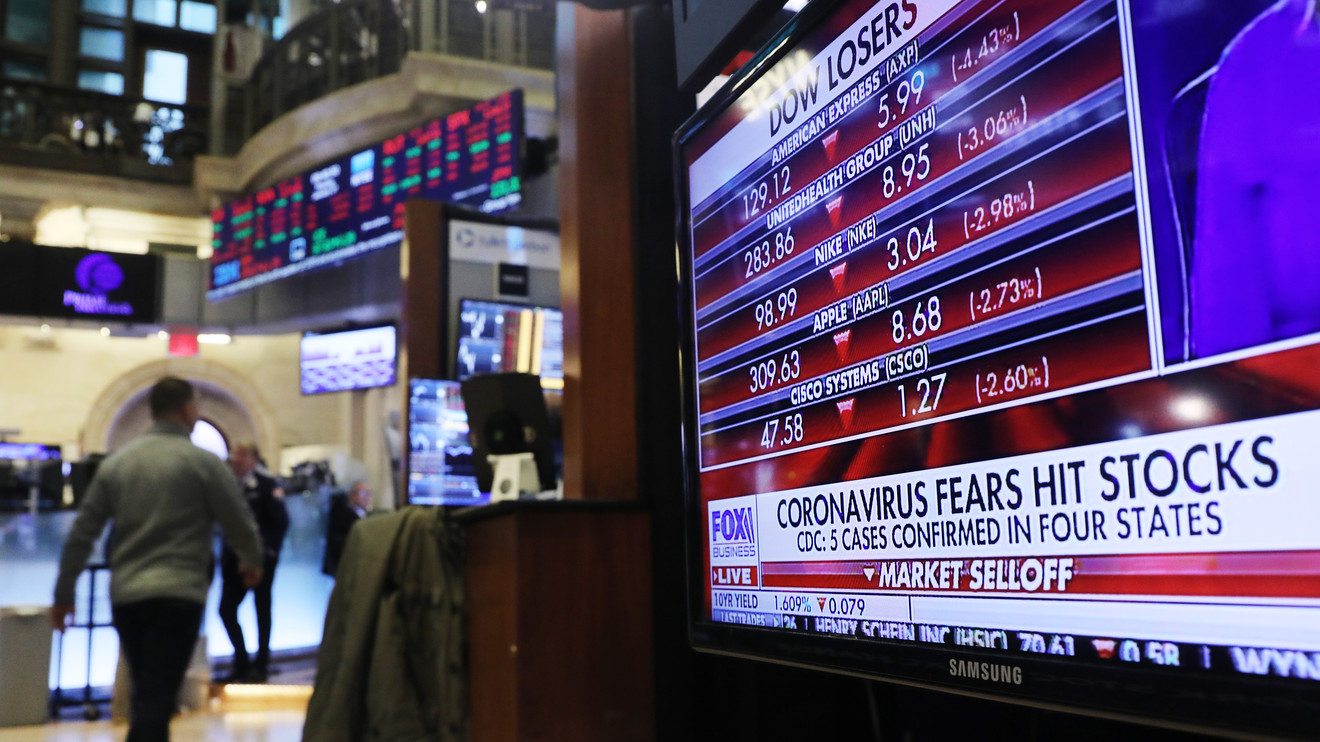 The benefits of index funds include diversification and low cost. But the trade-off investors endure is that these funds lurch downward with the market — as they did last week.

Despite Monday’s strong U.S. market rebound, some investors may not have the patience (or the stomach) to sit on their hands until the market gets its act together. Particularly after the Federal Reserve, in a surprise, move Tuesday, cut interest rates between meetings, which ultimately pushed down stocks.

is likely still a great bet for the long haul. Stocks can get rocky for several months but tend to trend higher over several years.

If you absolutely must take action right now and want to hedge against losses or make money amid the mayhem, here are five exchange-traded funds that follow alternative strategies to a simple buy-and-hold, market-tracking approach.

did stumble last week alongside the broader S&P 500. Yet with a loss of about 6% year-to-date vs. around a 9% decline for the S&P 500, the ETF isn’t walking in lockstep like a common index fund.

Many funds claim to be “low volatility,” but the Invesco product is among the most established; it began trading in early 2011 and boasts almost $12 billion in assets. It is also one of the more affordable low-vol funds, with an expense ratio of 0.25%. Its straightforward strategy involves investing in the 100 most-stable stocks in the S&P 500 based on realized volatility over the trailing 12 months.

. The fund regularly rebalances, too, to ensure no stock grows too influential; right now, no stock represents more than about 1.3% of the portfolio.

If you’re interested in a short-term strategy to use in a declining market, then ProShares Short S&P 500 ETF

is worth a look. This is the largest “inverse” fund, designed to move in the opposite direction of the U.S. benchmark large-cap index. So while the typical S&P 500 fund lost about 9% last week, the ProShares ETF gained about 9%.

There are obvious drawbacks to this fund. If the market returns to its steady grind higher then you will obviously lose money. Furthermore, the ProShares ETF moves opposite to the S&P 500 on a daily basis; over time, as returns are compounded and fees baked in, you may find that there is not a 1-to-1 inverse ratio between the S&P 500 and this fund’s performance.

However, with $2.1 billion in assets and expenses of 0.89 annually, this is a popular vehicle for both tactical traders and long-term investors for whom the ProShares ETF is a hedge or insurance policy against declines.

is a great example of an ETF that is a bit more sophisticated than simply betting on the downside.. The fund takes long positions in stocks it likes, such as Stanley Black & Decker

and goes short on names it doesn’t like, such as Chevron

The First Trust ETF took a hit recently, as its strategy is split with two-thirds of the investments going long and only a third short. The fund is sitting at a smaller net loss after the carnage last week — and more importantly, it has the ability to go fully 50% short if managers see signs of trouble, and even put some assets in cash. This hedge fund-like approach makes the ETF much more agile than a typical blue-chip stock fund.

Introduced in 2014, First Trust Long/Short Equity ETF has a robust investor base with $260 million under management. The sophisticated management demands a pretty steep fee structure, at 1.59% annually, so this fund may be best used as a short-term hedge or tactical bet instead of a core holding.

is far off the beaten trail. No matter. This is one of the oldest tactical funds, launched in March 2009, with more than $810 million in assets.

The IQ Hedge ETF is designed to pursue risk-adjusted returns through a variety of means — including long/short U.S. equity exposure like FTLS, but also developed- and emerging market stocks, fixed income plays and a “fund of funds” model. The portfolio currently includes a staggering 450 or so holdings that include iShares, SPDR and Vanguard ETFs.

Fees are steep, at 0.80 annually, but QAI offers waivers that take gross operating expenses down a bit to soften the blow. It would be incredibly difficult to replicate this comprehensive strategy on your own, even if you theoretically can access these funds individually, and clearly many investors find this hands-off approach appealing given the ETF’s large asset base.

Gold is a popular and accessible investment for non-correlated returns. To be sure, gold is not a guaranteed “store of value,” as some say. This hard asset has underperformed stocks in the long-term and has plenty of periods of steep declines in value. Yet it’s undeniable that gold is one of the asset classes tethered the least to U.S. stocks. Gold can move independently, acting as a hedge against market declines or even rising in a tough market for other mainstream investments.

is the most popular gold offering, at about $47 billion in total assets. But the similar Aberdeen Standard Physical Gold Shares ETF

with $1.5 billion in assets, tracks gold bullion at a lower cost. Bring up a long-term chart of the SPDR and Aberdeen offerings and you’ll find they track almost exactly — save for the tiny edge for the Aberdeen fund thanks to slightly lower expenses of 0.17% annually.

SPDR Gold Shares is the big dog. But Aberdeen’s assets are growing fast, for good reason. If you want to play gold, why not do so in the most cost-effective way?

More: Buy the dip? Here’s how some analysts say investors should play it

Plus: The coronavirus has sunk cruise line stocks — now it’s time to buy them