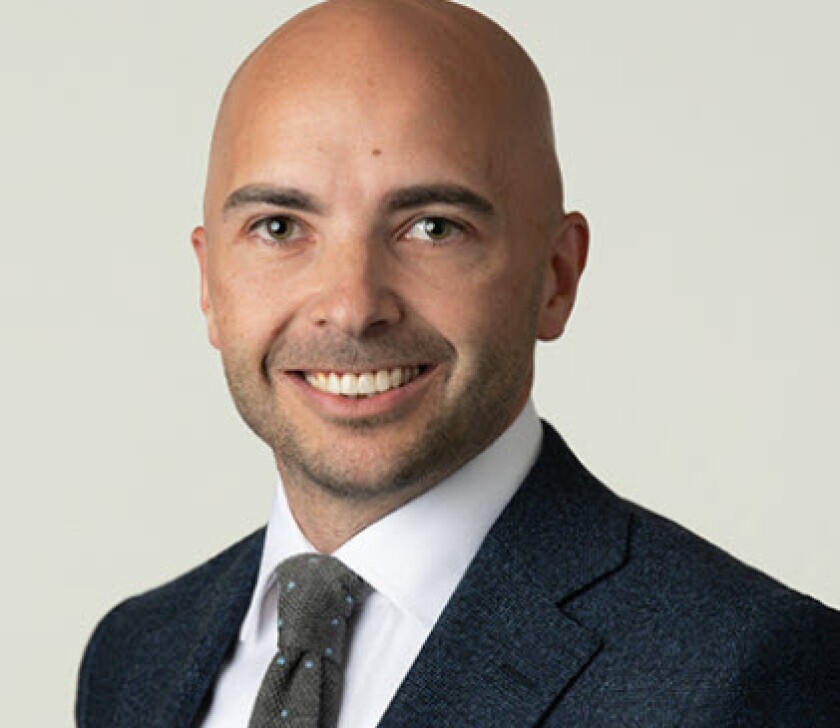 The Federal Reserve Board on Friday announced it would allow its newly created Money Market Mutual Fund Liquidity Facility, or MMLF, to use municipal bonds as collateral for loans, a move that raises a “thorny issue.”

“For now, it’s simply to aid in market liquidity amid the dash to cash. It may have some impact on the ongoing stresses in the municipal market, but largely avoids the parts of the market under the most duress” said Tom Garretson, senior portfolio strategist fixed-income strategies for RBC Wealth Management’s Portfolio Advisory Group, U.S. “Put simply, we think it’s a small step towards what will eventually become buying municipal bonds directly from secondary markets, expanding the scope of the Fed’s asset purchase program.”

“The Fed’s decision to expand eligible collateral for the MMLF liquidity facility to include commercial paper and now municipals does raise once more the thorny issue of whether it is appropriate for the Fed to assume credit risk without any explicit coordination with the Treasury as to how possible losses will be covered if not explicit authorization from Congress as our federal fiscal authority,” said Peter Ireland, an economics professor at Boston College and a member of the Shadow Open Market Committee. “What the present circumstances reveal is that there was a lot of work left to be done, even after all of the post-2008 reforms, in developing a more complete and coherent set of rules to guide the Fed’s emergency lending programs.”

The Fed has spent the past two weeks “trying mightily but not fully succeeding … to restore at least some order to the markets,” he said, and they “finally seem to be paying off today. When we started seeing big spreads open even between things like on-the-run versus off-the-run Treasuries, where there’s no issue of credit risk, that was a clear sign that markets had become seriously impaired and dysfunctional. Things seem much better now, and we have to take that as good news.”

The COVID-19 continues to wreak havoc on lives and the economy, all anyone can do is speculate how long the scourge will last. Every day the projections grow about its length and economic impact.

“The near total shutdown of California last night, the world’s 5th largest economy (just a touch bigger than the U.K.) suggests not only the rather obvious fact we already in recession but hints the likely near term severity is likely to be much deeper than currently estimated,” said Scott Colbert, executive vice president and chief economist at Commerce Trust Co.

Since the first quarter is nearly over, a decline in gross domestic product should be “slight,” he said, but “second quarter growth would be lucky to print at a rate greater than negative 20% (recall GDP is annualized and this would still suggest GDP only fell at a nominal rate of approximately 5%…and at this point we would call that a victory).”

While no precedents offer a look at the duration, “Rapid containment of the virus overseas in both South Korea and China ex-Hubei suggests the increase in new coronavirus cases can be contained in as little as 30 to 50 days,” Colbert said. While “the U.S. is clearly behind South Korea and won’t take the draconian steps China has,” the response has been more aggressive “than almost all of Europe. If the optimistic hope this is indeed a cold weather virus and is blunted by warmer weather, it suggests we are likely to see material progress within a 90 day confine, recognizing we are already about 20 days into addressing the virus storm that has yet to really arrive.”

And when the rate of acceleration declines, it will offer “a signal to the markets to fully bottom.”

Despite an expected “sharp and perhaps unprecedentedly rapid fall in the second quarter, by the end of the third quarter we could be approaching a return to something closer to normalcy and show positive signs of growth as employment returns, schools reopen in the fall, retail slowly gears up for Christmas and pent up demand provides positive momentum to battle a second round of winter Coronavirus concerns,” Colbert said.

Hank Smith, co-CIO at Haverford Trust, said, “Our base case is this virus will fade in the coming warmer months, also helped by the mitigation efforts currently underway.”

If it plays out that way, “the economy takes a severe hit in the second quarter, and into the first part of the third quarter,” he said. And while the “contraction could be 8-10%,” he added, it should be “followed by a V-shaped economic recovery of strong magnitude.”

The recovery will be spurred by “unleashing of pent-up demand from the consumer, and extraordinary monetary and fiscal policy,” Smith said.

The stock market rebound will start “most likely before we get to a peak in the growth of new cases.”

Should the virus take longer to run its course, he said, “the downturn will be deeper and longer. But so too will the recovery be even stronger.”

Thursday’s initial jobless claims gave a cursory glance at the impact on employment. “We expect that most, but not all, of this stunning loss of jobs will be reversed following the acute stages of the pandemic crisis,” said Mickey Levy, Berenberg Capital Markets’ chief economist for the U.S. Americas and Asia, and U.S. Economist Roiana Reid. “That is, as long as the pandemic is temporary and subsides by mid-year, most of the jobs lost will bounce back more quickly than during the recoveries from typical recessions.”

Most job losses will come “during the most acute stage of the pandemic, which we hope eases in early May,” they said.