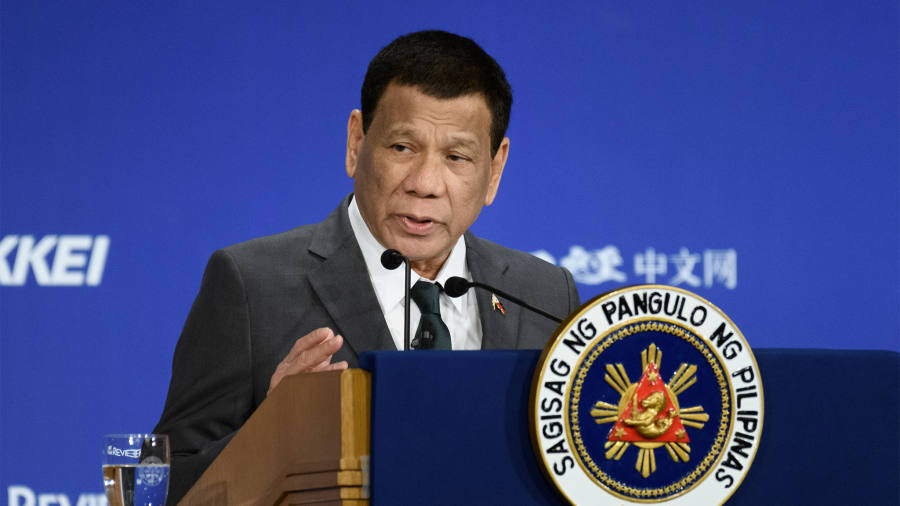 Health officials in the Philippines have said that a 44-year-old man from Wuhan has died of the deadly coronavirus, marking the first officially confirmed fatality from the disease outside China.

The man died on Saturday after being admitted to hospital on January 25 for pneumonia, along with a 38-year-old woman, his travelling companion, the Philippine Department of Health said.

“I would like to emphasise that this is an imported case with no evidence of local transmission,” Francisco Duque III, the country’s health secretary, said in a statement. The Department of Health said both patients were from Wuhan and had arrived in Manila via Hong Kong on January 21.

Total coronavirus infections in China have jumped 22 per cent on the day before to 14,380 and deaths to 304, China’s National Health commission reported on Sunday. The 2,590 new cases mark the biggest increase since the start of the outbreak.

Philippine president Rodrigo Duterte had earlier on Sunday banned travellers from China, Hong Kong, and Macau. The Philippine government said the entry restriction would apply to foreigners only. Filipino citizens and permanent residents would be allowed in but would be quarantined for 14-days after arrival. There is also a temporary travel ban on Filipinos visiting China and Hong Kong.

There were 210,897 domestic workers from the Philippines working in Hong Kong as of 2018, according to the latest available Hong Kong government statistics.

The World Health Organization does not recommend travel restrictions, saying they can waste resources and cause social disruption. However a number of governments have imposed restrictions on Chinese travellers in recent days.

China’s foreign ministry hit back on Twitter at a US travel ban on foreign nationals who had recently visited China, calling it a “dishonest act” and an “overreaction that could only make things even worse”.

Australia has also barred entry to foreign nationals who have recently visited China.

Russia, which recently closed its 4,000km land border with China, has suspended visa-free travel for tourists to and from China, and has temporarily stopped Chinese nationals travelling on work visas.

Taiwan is barring entry to Chinese nationals who have travelled to Guangdong province, while those who have recently travelled there will be quarantined for 14 days.

New Zealand has also introduced restrictions on foreign nationals travelling from, or transiting through China. While the country has not had a confirmed case of the virus, the ban will be in place for two weeks and reviewed every 48 hours.

India confirmed its second case of the virus on Sunday as well as the evacuation of 647 of its citizens who are being held in quarantine facilities.

Travel restrictions within China have also intensified. The city of Huanggang, which has the second-highest infection count after the nearby city of Wuhan, where the outbreak started, has banned residents from leaving their homes. Only one household member is permitted to leave the house once every two days in order to buy necessities, local media reported.

Thousands of medical workers in Hong Kong are set to begin a five-day strike on Monday, demanding the government close the border with mainland China. The Hospital Authority Employees Alliance said that more than 9,000 of its members had agreed to take part in the strike.

The union, which represents nurses and doctors as well as auxiliary staff, said the decision to strike was being viewed as a “last resort” because the healthcare system in the city was overloaded. “The incompetence of our government continues to bring us to the point of no return,” the union said. A government spokesperson called for them to reconsider their decision.

Bracing for financial markets to reopen on Monday, China’s banking and insurance regulators announced they would extend the grace period for companies to comply with new asset management rules in light of the virus outbreak.