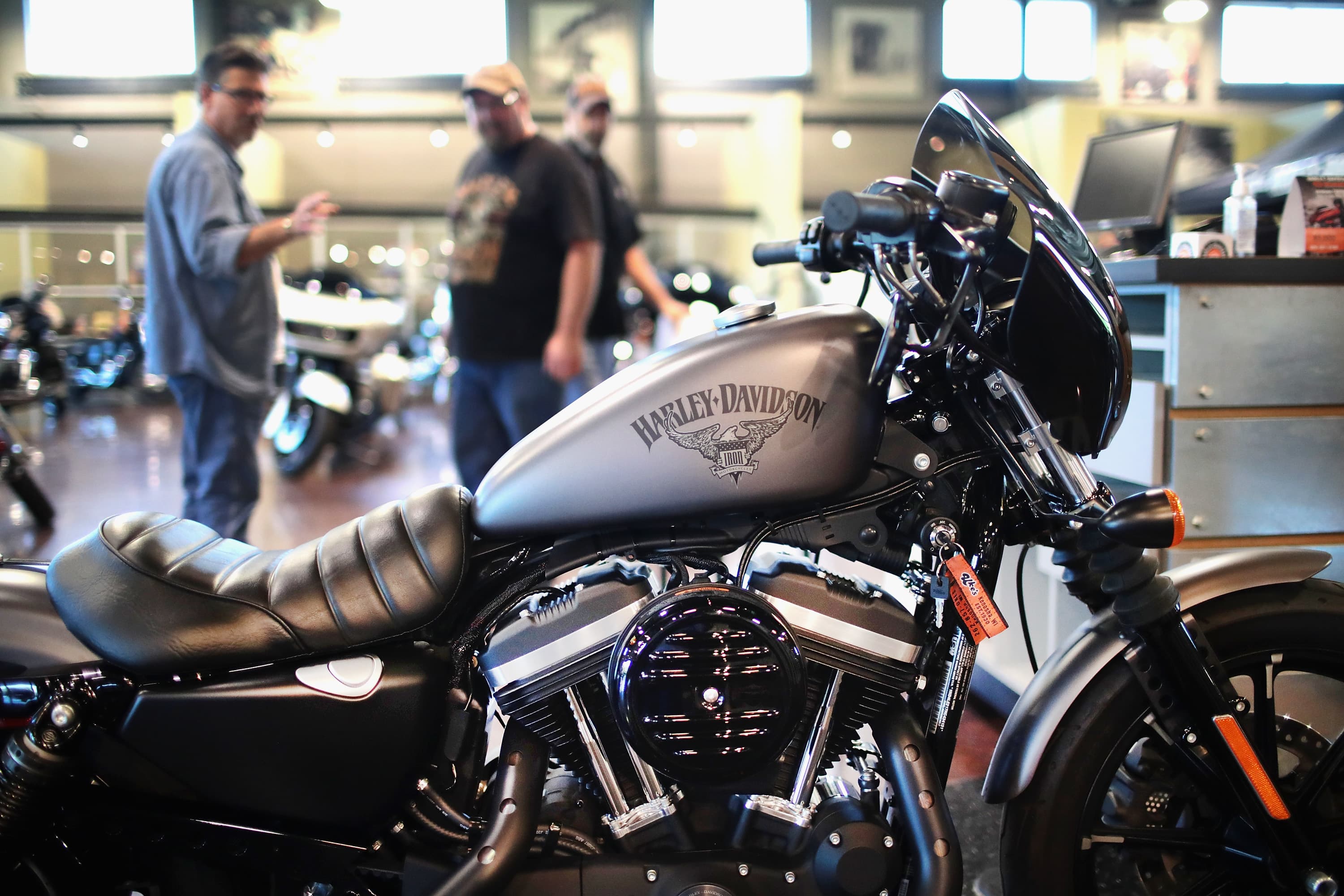 Check out the companies making headlines in midday trading.

3M — Shares of 3M fell 5.7% after the conglomerate missed Wall Street expectations on the top and bottom lines for its fourth-quarter results. 3M reported $1.95 in adjusted earnings per share and $8.111 billion in revenue. That was below analysts’s expectations of $2.10 in earnings per share and $8.118 billion in revenue, according to Refinitiv. Organic sales declined on a local currency basis for the quarter, the company said. 3M also announced a new round of job cuts and, due to demand caused by the coronavirus outbreak, increased production of its respiratory masks.

Beyond Meat — Shares of Beyond Meat fell 3.7% following a downgrade to neutral from overweight from JPMorgan. The firm said the alternative meat company is no longer fairly valued as investors have already priced in news about growing restaurant partnerships. JPMorgan said Beyond Meat’s near 60% rally this year is reason to “head for the sideline.” JPMorgan also lowered its price target to $134 per share from $138 per share.

Apple — Apple shares climbed 2.8% ahead of the tech giant’s earnings release later in the day. Analysts polled by Refinitiv expect Apple to report earnings of $4.55 per share on revenue of $88.5 billion. However, a report from the Nikkei Asian Review said a planned 10% boost to Apple’s iPhone production could be hampered by “massive uncertainties,” including the coronavirus outbreak in China.

United Technologies — Shares of the industrial company rose 1.2% after United Technologies beat analyst estimates on the top and bottom lines of its quarterly earnings. The company said sales rose 8% year-over-year. The stock has gained 33% over the last year.

Pfizer — Shares of the pharma giant slid 5.1% after the company reported fourth quarter earnings. Revenue came in ahead of estimates, but an earnings-per-share miss sent the stock lower. The company said part of this was due to a loss of exclusivity for one of its key pain drugs.

Xerox — Shares of Xerox jumped 4.9% following its strong fourth quarter earnings. The printer company reported earnings per share of $1.33, topping estimates of $1.11 per share, according to Refinitiv. Revenue came in at $2.444 billion, higher than the $2.408 billion forecast on Wall Street.

Whirlpool — Shares of the appliance company jumped 5.7% after topping Wall Street’s expectations for its fourth quarter earnings. Whirlpool reported earnings per share of $4.91, topping estimates of $4.27 per share, according to Refinitiv.

Polaris — Polaris stock rose 5.8% after the power sports vehicle company topped fourth-quarter earnings estimates and told analysts to expect better margins into 2020. The Medina, Minnesota-based company managed to eke out better ATV and snowmobile sales compared to what Wedbush analyst James Hardiman was anticipating. “Overall, core retail trends in the fourth quarter, while slightly worse than we would have expected three months ago, were slightly better than we had feared,” he wrote.