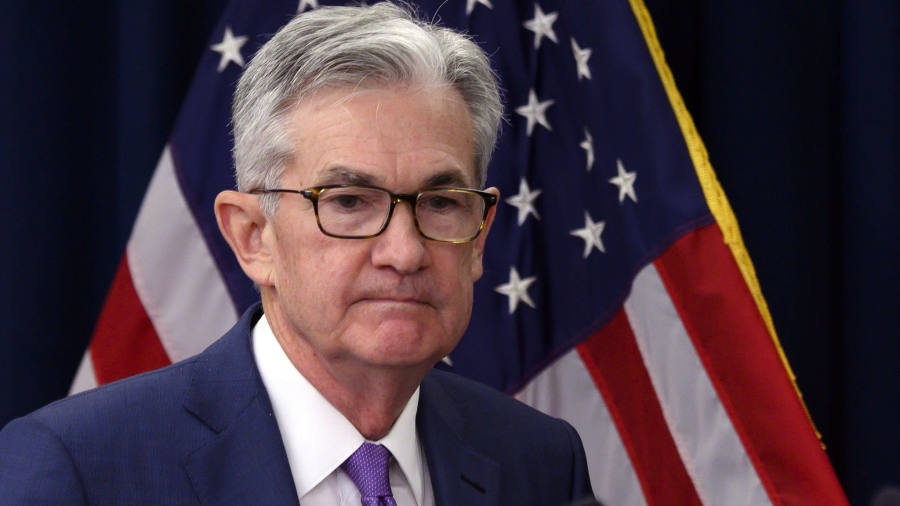 The Federal Reserve left its main policy rate unchanged on Wednesday, but made a technical nudge to one of the levers it uses to manage that rate, underscoring that one of the central bank’s key challenges in 2020 will be its tools rather than its policy stance.

After a two-day meeting in Washington, the members of the Fed’s Open Market Committee left the federal funds rate at a range of 1.5 to 1.75 per cent. They made only one change to their policy statement, describing growth in household spending as “moderate,” rather than “strong,” as they had in December.

This continuity suggests that the committee still sees the economy as “in a good place,” as chair Jay Powell often puts it, and that they have not changed their plan to leave the policy rate where it is through the end of this year.

Even though it left the Fed’s main policy rate unchanged, the committee did raise by 5 basis points the interest it pays banks on the reserves they hold on the Fed’s balance sheet, to 1.6 per cent from 1.55 per cent. This “interest on excess reserves,” or IOER, is one of a few short-term interest rates the Fed uses as a tool to keep the fed funds rate within its target band.

Markets shrugged off the first Fed meeting of 2020, with muted reaction across both bonds and equities.

The yield on the benchmark 10-year note steadied at 1.6 per cent, while the more policy-sensitive 2-year note saw its yield fall to 1.4 per cent. Yield moves inversely to price. The S&P 500 held onto its earlier gains, rising 0.4 per cent.

Traders are still pricing in one 25 basis point reduction in the Fed’s main policy rate by September, according to futures prices compiled by Bloomberg.

According to James Sweeney, chief investment officer for the Americas at Credit Suisse, “the most likely scenario is that they do get to take the year off and not make any rate changes”.

But he warned that with the coronavirus outbreak posing “a substantial downside risk” to Chinese growth and the global economy more broadly, the Fed could very well provide additional accommodation. “Cuts are more likely than hikes,” Mr Sweeney said.

In September, the federal funds rate had spiked briefly above the Fed’s target band, helping to spur a series of quick shifts by the central bank — most significantly a decision to expand its balance sheet. It bought Treasury bills at a rate of $60bn a month, and in turn credited banks with reserves. This raised the overall level of reserves available to financial markets, and eased the pressure on short-term interest rates.

The Fed also lowered the rate of interest it paid on those reserves at a faster rate than they normally would have for policy shifts, to further help drag the policy rate down into its target band. Now, with that rate sometimes dipping below IOER, the Fed is increasing the interest it pays, to drag the fed funds rate back up toward the middle of that band.

The move indicates that the Fed’s decision to push reserves back into financial systems is working. Policymakers have not committed to an overall reserve level, saying only that they wished to return to where they were before the spike in short-term interest rates, and that they would likely continue expanding the balance sheet into the second quarter of this year.

In addition to responding to disruptions in short-term interest rates, the Fed has spent the last year in a review of how it carries out and talks about monetary policy. With policy rates already close to zero, the Fed is concerned about the tools it will have to hand, should a recession come. In January, Janet Yellen and Ben Bernanke, both former Fed chairs, warned that the central bank might not be able to handle a downturn alone, and asked Congress to consider responding with more spending.

Normally, in January, the Fed would publish changes to its statement on its longer-run goals and strategy. This year it has opted to postpone those changes until it completes its review.

As is normal for the new year, the committee swapped in four new regional Fed presidents as voting members. Analysts tend to describe Loretta Mester of the Cleveland Fed and Patrick Harker of the Philadelphia Fed, both PhD economists, as more hawkish. Robert Kaplan of Dallas is a moderate who has focused much of his presidency on workforce training and automation. Neel Kashkari of the Minneapolis Fed is one of the system’s most voluble doves.