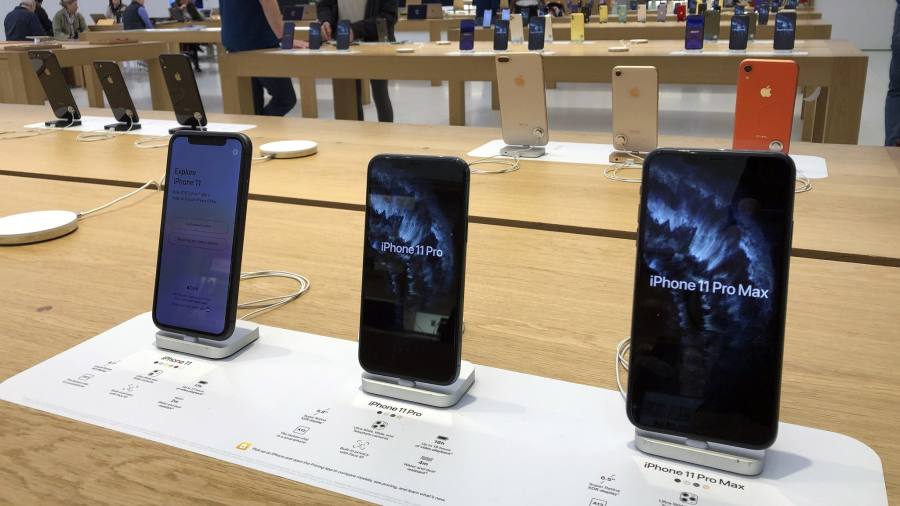 Apple reported new records for both revenue and income in the holiday period, achieving one of the biggest quarterly profits for any company and helping to justify a stock price that has more than doubled in the last year.

The Cupertino tech giant said revenues rose 9 per cent to $91.8bn, as iPhone revenues climbed 8 per cent in addition to accelerated sales of AirPods, watches and its growing “services” division.

Both top-line and bottom-line figures were significantly higher than projections, which saw revenues at $88.1bn and profits at $20.1bn, according to an analyst poll compiled by Visible Alpha.

“We are thrilled to report Apple’s highest quarterly revenue ever, fueled by strong demand for our iPhone 11 and iPhone 11 Pro models, and all-time records for Services and Wearables,” chief executive Tim Cook said in a statement.

Mr Cook said Apple’s “active installed base” of users is now above 1.5bn, versus 1.4bn a year ago. “We see this as a powerful testament to the satisfaction, engagement and loyalty of our customers — and a great driver of our growth across the board.”

For the current quarter Apple is projecting between $63bn and $67bn of revenue, a gain of 9-15 per cent. Chief financial officer Luca Maestri said the range is “unusually wide” to account for “potential impact” across the supply chain because of the coronavirus.

“The situation is unfolding, it’s very new,” he said. “That’s the reason we put a wider range on our guidance.”

He added that Apple has suppliers in the Wuhan areas that are being isolated, but that Apple had mitigation plans to source components from elsewhere if needed.

Apple’s stock has more than doubled in the last year, reaching a $1.4tn market capitalisation. The rally set expectations high for a strong quarter, but analysts had assumed iPhone sales would be stagnant or lower. Instead, they grew from $52bn a year ago to $56bn.

“When the iPhone grows, and then you add growth from services and wearables, the total results are very strong,” said Mr Maestri.