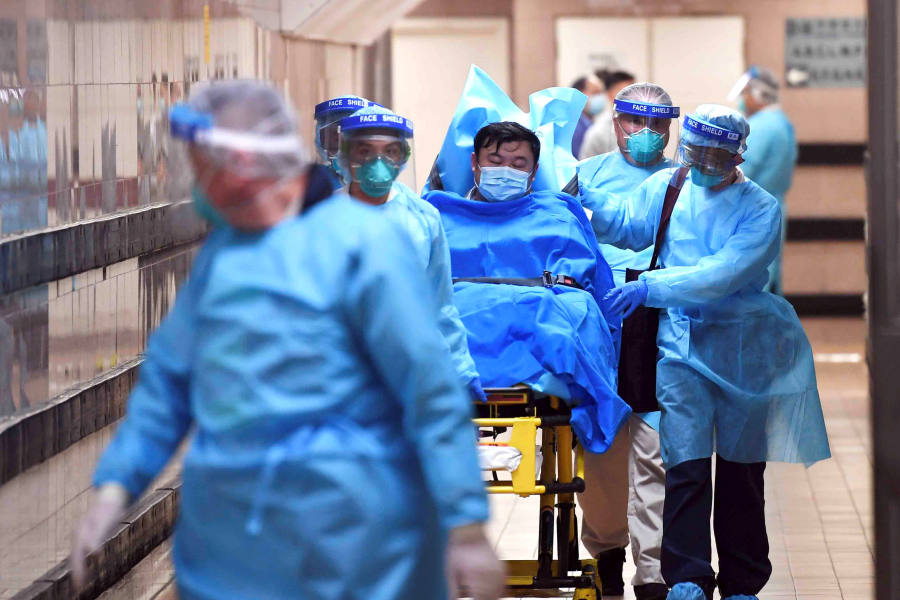 Sue-Lin Wong in Shenzhen and Primrose Riordan in Sydney

The death toll in China from the coronavirus outbreak mounted on Saturday as the first confirmed cases were reported in Europe, Australia and Malaysia, raising global concern over the spread of the Sars-like disease.

China said the number of deaths had risen to 41 people from 25 on Friday and 1287 were now infected with the virus. It sent army medics to Wuhan, the central city that is the epicentre of the outbreak, to help overcrowded hospitals deal with the emergency.

Authorities also reported the first death of a doctor working on the front line of the outbreak in Wuhan on Saturday. While most of the fatalities have been in older people, authorities said a two-year-old girl had also been infected.

The mounting death toll comes on the first day of the lunar new year, the most important holiday in China, when hundreds of millions of people travel across the country to celebrate the festival with their families. Holidaymakers will make billions of trips during the festival, fuelling concerns over the spread of the virus.

While all the deaths and the vast majority of confirmed cases are in China, the virus has also been detected in the US, Thailand, Vietnam, Singapore, Japan, South Korea, Taiwan and Nepal, aside from France and Australia.

China has shut down more than 10 cities around Wuhan, closing train and bus connections and other public transportation.

There are also roadblocks preventing most private cars from leaving Wuhan. Dozens of state-owned companies have been enlisted in relief efforts. A new quarantine hospital with 1,000 beds is expected to be completed early next month on the outskirts of Wuhan.

At a Marriott Hotel in Wuhan, dozens of medical staff from cities such as Shanghai arrived from late on Friday evening to help with treatment efforts. “We have about 300 rooms here, and by the end of the day they should be filled with medical staff who have travelled to Wuhan,” said hotel manager Ricky Liu.

While the World Health Organisation has thanked Beijing for its co-operation and transparency in handling the outbreak, there is growing anger from people in Wuhan at the slow and opaque way the local authorities have responded.

There are calls online for Beijing to fire the Wuhan mayor and party secretary for their handling of the outbreak. A post on social media from a senior reporter at the province’s top party newspaper calling for the mayor’s resignation was rapidly censored on Friday.

Researchers at Australia’s University of Queensland believe they could have a vaccine to combat the novel coronavirus in as little as six months. A team of about 20 researchers from the university’s School of Chemistry and Molecular Biosciences is trying to produce injectable doses in prefilled syringes that can be sent around the world.

The team was working “until all hours of the night” to find a vaccine, said Dr Keith Chappell, a member of the group. Due to the “high pressure situation”, they might begin testing within four months.

The team is one of three being funded by the Coalition for Epidemic Preparedness Innovations, a global non-profit focused on developing vaccines against emerging infectious diseases, to accelerate the search for a vaccine. The two other teams are from Nasdaq-listed Inovio Pharmaceuticals and Moderna.