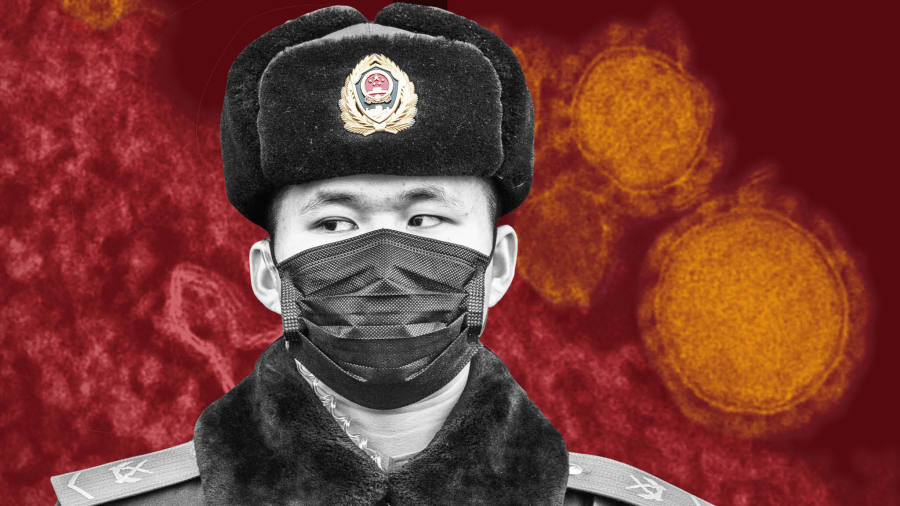 Zhang Luhua’s ordeal began at the end of last week, when the 57-year-old resident of Wuhan started having trouble breathing. She went to Hubei Provincial People’s Hospital, one of the best in the city, where a doctor told her she might have a new virus that was starting to cause global alarm, but he could not actually test her.

Over the course of the next week, she was turned away by four other hospitals in the city before a doctor at Xinhua Hospital told her that she probably had the virus and should go home and “self-quarantine”.

“By then we had stopped trying as hospitals were either closed or packed with patients with different levels of symptoms,” says Xie Jing, her daughter. “We have spent several thousand yuan [renminbi] seeing doctors but we are still not sure if my mother is a virus carrier.” She adds: “Wuhan did a bad job in disease control.”

Wuhan, a city of 11m, has enjoyed a few moments at the centre of modern Chinese history. One of the economic hubs of central China, it was twice briefly the capital under the nationalists and Mao Zedong took his famous swim in the Yangtze in Wuhan at the start of the cultural revolution.

Now Wuhan is at the centre of an outbreak of a previously unknown coronavirus: nCoV, as it is known, has this week demonstrated some uncomfortable similarities with Sars, which killed almost 800 people between 2002 and 2004. The global economic costs of Sars were estimated at $50bn.

By mid-afternoon on Friday, 26 people had died and there were 881 confirmed cases of nCoV infection, according to Chinese state television, with another 1,073 suspected cases in 20 provinces across the country. Small numbers of cases have also been confirmed in the US, Japan, South Korea, Thailand, Singapore, Hong Kong and Macau, but no deaths have been reported outside China.

Since Wednesday, Wuhan has been under a near-lockdown with air and rail links suspended as the authorities try to limit the spread of infection. Paramilitary police stand guard outside the main railway station to prevent anyone entering while — in contrast to the overcrowded hospitals — the streets are largely empty ahead of the annual spring festival, the most important holiday in China when families come together to celebrate.

Yet some health experts fear the travel restrictions on Wuhan and other cities in Hubei have come too late, given that many of the 100m Chinese who cross the country every year to visit relatives had already made the trip.

For the authoritarian government of President Xi Jinping, who is under pressure over the protests in Hong Kong and the victory of an opponent in the Taiwanese elections, the outbreak of a new virus is a very public test of its ability to manage an international crisis — and one that cannot easily be blamed on malign outside influences.

“The story the Communist party tries to perpetuate is that the Chinese government system is inherently superior because of its ability to maintain stability and growth,” says Adam Ni, a former adviser to the Australian government and editor of the China Neican newsletter. “Internal shocks can shatter the idea of the omnipotence of the party.”

The outbreak came to the authorities’ attention on December 29 when four workers at Huanan Seafood Wholesale Market were admitted to hospital with pneumonia symptoms. “It was detected because China had put in place a system specifically to pick up severe lower respiratory infections,” says Tedros Adhanom Ghebreyesus, director-general of the World Health Organization. Within two weeks, Chinese researchers had identified the pathogen as a new strain of the coronavirus and released its full genetic code to colleagues worldwide.

Both Sars and Mers, a related coronavirus, originally passed to humans through contact with animals — civet cats and camels respectively — and experts believe that nCoV came from live animals sold in the market. The actual source is under investigation. Although snakes have been mentioned as a possibility, many scientists believe that the virus originated in bats.

Infectious disease crises require a mixture of extreme transparency and draconian controls. WHO officials have thanked Beijing for what Mr Tedros calls “its co-operation and transparency” — in contrast to the three months taken for the country to notify the rest of the world about Sars in 2003. Health experts believe their counterparts in Beijing are trying to be as open as possible this time, though local officials in Wuhan may have tried to cover up the outbreak in its early stages.

The capacity of the Chinese system to marshal resources and give orders has been clear in Wuhan and its surrounding cities, where tens of millions of people have been placed in partial quarantine. Major tourist sites across the country, from the Forbidden City in Beijing to Shanghai Disneyland, have shut their doors, while companies that produce surgical masks have kept running over the holidays.

One 29-year-old Shanghai resident who declined to be named says he went to visit his parents in Wuhan on Tuesday and returned home on Thursday at 10am, just before the travel ban took effect. At 3pm, he got a knock on the door of his Pudong district flat. “I was in my pyjamas only to find there was one police officer with two medical people in full gear in my living room,” he says. “They tracked me down and reached out to my landlord to get the key.”

The visitors were “polite but forceful”. He was told to stay at home and report his body temperature twice a day for the next week. When he posted an item about the visit on WeChat, he received responses from “haters” who accused him of spreading the virus by leaving Wuhan. “But they have no idea how badly the local authorities are responding to the whole incident,” he says.

Yet there may be downsides to Mr Xi’s style of leadership for crisis management, with centralised decisions leading to inaction among lower officials concerned about taking the initiative over sensitive issues.

“This is yet another example of his concentration of power creating a political system that is prone to buck-passing and secrecy,” says Jude Blanchette, a China expert at the Center for Strategic and International Studies in the US.

The president’s position of power will not be affected but the new virus “portends an extraordinarily difficult year”, he says. “Xi is looking to build an empire, but instead, he’ll be spending his time fighting domestic fires.”

Discontent over the Communist party’s management of the outbreak has so far largely been directed at the mayor of Wuhan, Zhou Xianwang, with some online commentators calling for his resignation for earlier downplaying the severity of the virus.

Residents were angry in particular that two events held in the city in early January — a communal dinner with over 40,000 people and the distribution of 200,000 free tickets to tourist sites — were not cancelled and might have worsened the spread of the virus.

Not everyone is so critical of the official response. Wang Hongtao, 30, a video producer from Wuhan, spent time observing one of the main hospitals in the city in recent days. “There was a long line of patients but everything seemed to be kept in order,” he says. “I don’t believe there are hospitals that are turning infected patients away.”

So far nCoV has killed 3-4 per cent of people infected, mainly those with underlying chronic disease, and caused severe illness in about a quarter. That compares with a 10 per cent fatality rate in Sars. Although the new virus does not pass easily between people, the Chinese authorities are detecting limited human to human transmission.

Jeremy Rossman, a virologist at the University of Kent in the UK, says: “It is likely that the virus will continue to spread with rapid increases in case numbers over the coming weeks. However, it remains unclear if the disease will keep to its current low fatality rate and low incidence of person-to-person spread or whether the virus will adapt.”

Although no vaccine is available to prevent nCoV infection, a crash programme to develop one is under way. The Coalition for Epidemic Preparedness Innovations, based in Oslo, is a $750m partnership set up in 2017 between governments, charities and industry to prevent future pandemics.

Cepi has launched three projects using different technologies to prepare nCoV vaccine candidates and aims to have one ready for testing on human volunteers within 16 weeks, says Richard Hatchett, the partnership’s chief executive. “There are no guarantees of success,” he adds.

Another tool that would help fight the outbreak is a better diagnostic test. Health authorities in China and elsewhere are using tests that recognise the genetic sequences of nCoV but these are slow to perform and have to be carried out in specialist laboratories. One US company, Co-Diagnostics, says it has completed preliminary design work for a faster molecular screening test.

No drug has been developed to treat coronavirus infections, though some antivirals may help patients fight nCoV.

Although medical science has made much progress in the 17 years since Sars, the new coronavirus will be stopped by using the same methods to break the chain of transmission, says Peter Piot, director of the London School of Hygiene and Tropical Medicine.

“You isolate the patients and make sure that the people caring for them have maximum protection against infection,” he says. “Then you trace everyone who has been in contact with the patient within the incubation period and look for any symptoms in them.”

No cases of Sars have been detected anywhere since 2004. The world will be relieved if its sister virus can also be wiped out within a year.