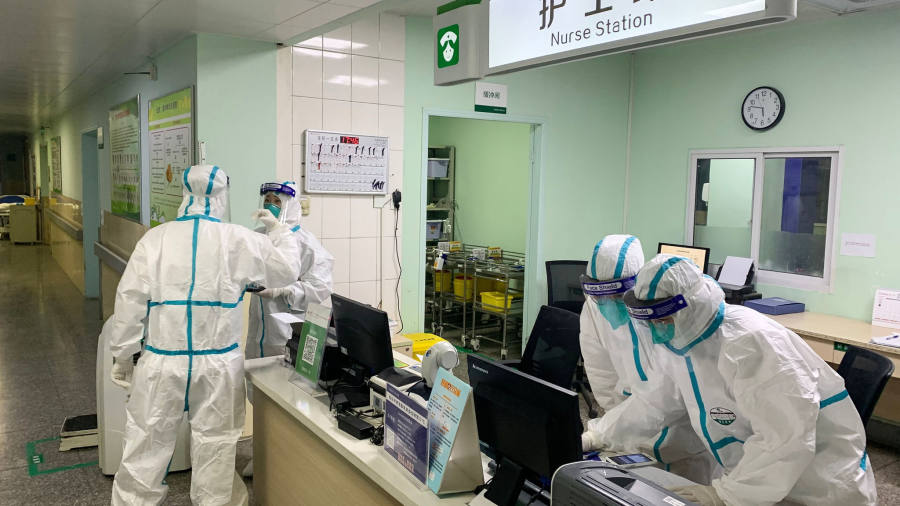 Residents of Wuhan have overwhelmed hospitals as authorities moved to prevent aeroplanes and trains from leaving the city of more than 10m in a bid to contain a deadly Sars-like virus that has killed 17 people and infected nearly 600.

The measures, which include closing all of the city’s public transport, went into effect at 10am local time and comes on the eve of China’s lunar new year spring festival, the busiest period of travel in the country when hundreds of millions are expected to travel across the country. A total of 3bn trips will be made over the Chinese new year period, from January 10 to February 18, according to Xinhua, the Chinese news agency.

Some Wuhan residents said they had attempted to depart the city before the ban was implemented but were unable to leave.

“I heard about the train cancellations in the middle of the night, but came to the station anyway in case I could change my ticket. It looks like that’s not possible,” said Li Lei, a 24-year-old who spoke to the Financial Times outside Hankou station in Wuhan. He planned to travel to his home city of Chongqing for the new year holiday.

The move to lock down the city on the eve of the world’s biggest annual mass migration underlines the mounting pressure on Beijing to prevent a repeat of the Sars crisis in 2003, when nearly 800 people died and officials initially covered up the severity of the outbreak.

By Thursday, cases of the coronavirus, believed to have originated in a Wuhan market that sold meat and seafood, had been reported in multiple countries and the US. Measures to screen for the illness have been implemented worldwide.

One Wuhan resident said her 57-year-old mother had been experiencing symptoms of the virus for a week but was turned away from several hospitals.

“When we arrived at the hospital in the morning, staff said the pulmonology department was closed after four doctors had been diagnosed with coronavirus,” said the person said who asked not to be named.

Streets in the city were deserted. People without face masks at a Wuhan train station were exhorted by station officials to put one on.

Blocking movement during the new year period can cause social instability because it is the only time of year that many Chinese can see their families.

In 2008, a snowstorm prevented more than 100,000 migrant workers from leaving a train station in the southern city of Guangzhou and authorities struggled to control.

Compared to the Sars outbreak, Beijing’s reaction this time around has been much swifter. Sars is believed to have emerged in late 2002 but was only reported officially in February of 2003, giving it ample time to spread through the Chinese new year holiday.

“Beijing and Hong Kong governments’ reaction this time have been much faster and more proactive than Sars,” said Chi Lo, senior strategist for greater China at BNP Paribas Asset Management. “In particular, Beijing is more transparent in its reporting and control mechanisms than during Sars, and China’s public health system is now more experienced in handling the outbreak.”

Hong Kong was particularly hit during the Sars outbreak and has been on high alert following the discovery of the latest virus. Residents rushed to buy face masks on Wednesday evening as news broke of the first confirmed case in the city. One pharmacy on Hong Kong island said it had sold out of its latest order of 200 boxes of masks within half an hour.

Authorities in the city confirmed a second case on Thursday.