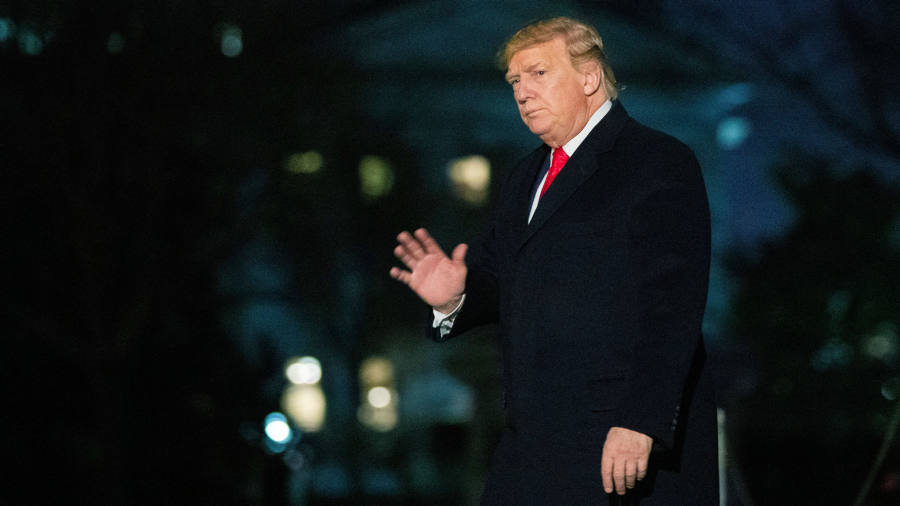 Donald Trump’s lawyers have laid out their defence of the president one day before the start of just the third impeachment trial in US history, arguing that the “articles of impeachment as a matter of law are deficient on their face”.

The arguments are included in a 171-page legal brief filed on Monday with the Senate, which will serve as the jury in Mr Trump’s impeachment trial. The filing urges the Senate to “swiftly reject” the two charges and acquit the president.

Mr Trump was impeached by the House of Representatives in December on two charges of abuse of power and obstruction of Congress. The House voted last week to send the articles of impeachment to the US Senate, triggering a trial that is set to begin in earnest on Tuesday. Last week, John Roberts, the chief justice of the US Supreme Court, swore in the 100 senators who will act as jurors in Mr Trump’s trial.

Mr Trump is expected to be acquitted in the Republican-controlled Senate, as his removal from office would require 20 Republican senators to vote against him.

At the weekend, House Democrats who will prosecute Mr Trump in the Senate trial filed a 110-page legal brief, saying Mr Trump’s efforts to get his Ukrainian counterpart to publicly announce an investigation into former US vice-president Joe Biden and his son Hunter Biden amounted to the “worst nightmare” of America’s founding fathers.

In a six-page response, the White House — which has hired a legal team that includes Kenneth Starr, the independent counsel who led the impeachment trial against Bill Clinton, and Alan Dershowitz, a Harvard law professor who defended OJ Simpson, the American football player, in his high-profile murder trial — said the impeachment of Mr Trump represented a “brazen and unlawful attempt to overturn the results of the 2016 election and interfere with the 2020 election.”