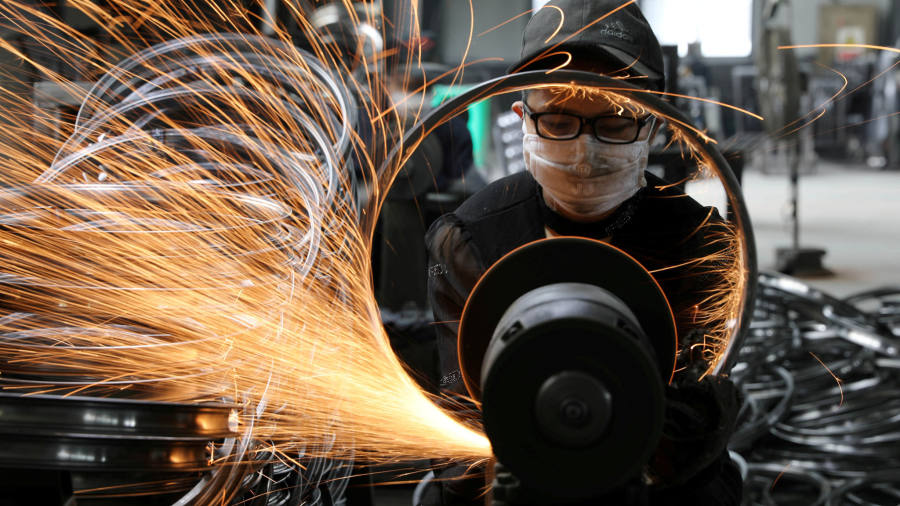 China’s economy last year grew at the lowest rate since 1990 while the country’s birth rate fell to a record low, highlighting the domestic challenges facing Beijing despite a truce in its painful trade war with the US.

Gross domestic product grew 6.1 per cent in 2019, hitting analysts’ expectations but also revealing an economy under pressure from weak consumer spending, rising unemployment and problems in the banking system.

Growth between October and December reached 6 per cent, lower than some economists had expected.

The National Bureau of Statistics noted on Friday morning that China’s economy had “sustained the general momentum” during a difficult period but warned of risks involving “structural, systematic and cyclical problems at home”.

China’s birth rate dropped to a record low of 1.05 per cent in 2019, an ominous signal for a country expected to face a shortage of young and able workers to power its growth in the next two decades.

The GDP figures, one of the most closely watched gauges on economic health, come just two days after China and the US signed the first step in a trade agreement, putting on hold a nearly two-year trade war while leaving in place tariffs on hundreds of billions of dollars on Chinese imports.

The pause in the dispute has been welcomed with cautious optimism by experts, who also see positive indications in a slight recovery in the manufacturing sector and greater access to capital in the banking system.

But economists have warned that there were still many gloomy indicators across the economy, such as signs of distress in the banking sector.

“This sounds encouraging. We think markets are justified in taking a respite, and we believe the economic and financial situation is showing some improvement in the near term,” Ting Lu, Nomura International’s chief China economist, wrote in a note before the data was released.

“However, we recommend caution as downward pressures are still quite strong, financial risks are still accumulating and Beijing’s room for policy easing may be smaller than markets hope.”

China’s GDP numbers are closely watched but experts have long questioned their accuracy.

“We need to look beyond the official headline numbers to the significant headwinds facing the economy,” said Diana Choyleva, chief economist at Enodo Economics.

She added: “These include rising unemployment, depressed consumer spending and private investment and growing financial risks, as the deleveraging and de-risking campaign enters a critical phase among increasing stress in the financial system.”

The Financial Times reported this week that State Grid, China’s largest utility company, is preparing for economic growth as low as 4 per cent over the next five year.