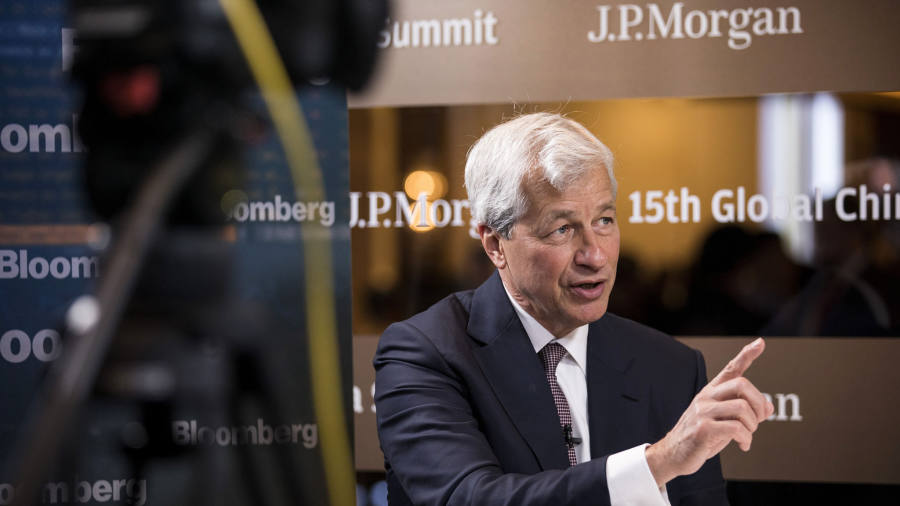 JPMorgan Chase unveiled its strongest annual profitability since before the financial crisis, boosted by a vigorous rebound in trading revenues in the final three months of the year.

The largest US bank by assets on Tuesday reported net income of $36.4bn for 2019, up 12 per cent year on year and far better than analysts’ expectations.

Its annual return on tangible equity of 19 per cent was the best since 2007, highlighting the bank’s ability to reach pre-crisis profitability, despite adding almost $100bn of equity in the past 10 years as a result of increased regulatory capital buffers to safeguard the financial system.

“We certainly don’t think this is as good as it can be,” JPMorgan’s chief financial officer Jennifer Piepszak told journalists on a conference call, as Citigroup also reported a strong set of fourth-quarter earnings. This was fuelled by the same surge in markets revenues that JPMorgan enjoyed, while scandal-hit Wells Fargo posted another set of disappointing results.

Ms Piepszak said JPMorgan could continue to improve its results by adding staff in its corporate and investment bank, and by expanding its futures joint venture in China. It also plans to continue to open Chase branches in new areas of the US and grow share in its credit card business.

JPMorgan’s shares already trade at more than twice the bank’s tangible book value, as receding fears about economic growth and belief in the bank’s continued ability to seize market share from rivals drove its stock price up more than 40 per cent since the start of 2019.

“I think we have a very valuable company, I don’t worry that much about the share price,” JPMorgan’s chief executive Jamie Dimon said on a call with journalists. He offered the bank’s continued buyback of its own shares, as part of a $29.4bn programme announced last summer, as evidence his team “think it [the share price] has value” at its current levels.

Trading was the standout performer for JPMorgan in the fourth quarter, with revenues rising 56 per cent year on year to $5bn, led by an 86 per cent rise in fixed income trading revenues. Ms Piepszak said the outperformance was “broad based”, particularly in securitised products and rates. Year-on-year comparisons for JPMorgan and Citi — which reported a 49 per cent surge in fourth quarter fixed income revenues — were flattered by a low basis of comparison, reflecting an abysmal end to the fourth quarter in 2018.

Investment banking revenues at both JPMorgan and Citi rose 6 per cent in the final three months of 2019, and JPMorgan took its highest share of investment banking fees in a decade. Net income at its consumer and community bank rose 5 per cent for the quarter, despite the impact of lower interest rates, which typically depress bank profits.

Citi’s chief financial officer Mark Mason noted that the strong performance in both investment banking and trading at the end of the year reflected rising confidence among institutional clients. Uncertainties around China-US trade tensions, Brexit and the path of interest rates had dissipated somewhat, he said.

Mr Dimon singled out low credit costs as the one area that would normalise and get “worse” but stressed that the American consumer remained strong as the country headed into its 11th year of consecutive economic growth.

“This once again likely sets the high-water mark for the banks and we continue to like the JPM market share/wallet share story,” Glenn Schorr, an analyst at Evercore ISI, wrote in a note to clients.