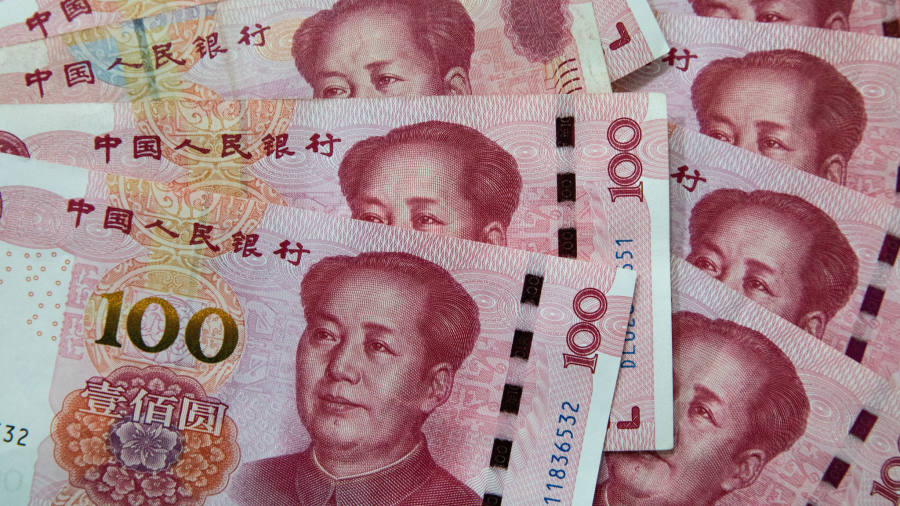 The US Treasury department has dropped the designation of China as a currency manipulator in a gesture that aims to ease tensions with Beijing ahead of this week’s signing of a deal to halt their trade war.

“China has made enforceable commitments to refrain from competitive devaluation, while promoting transparency and accountability,” said Steven Mnuchin, Treasury secretary, citing the broader agreement the administration has secured with China on trade.

The move reverses last summer’s controversial decision to tag China with the label of currency manipulator, when relations between Washington and Beijing deteriorated sharply.

In its latest report to Congress on the exchange rate policies of the country’s trading partners, the Treasury department said that China had “agreed to publish relevant information related to exchange rates and external balances”.

Liu He, China’s vice-premier, is due in Washington this week to participate in a ceremony to sign the trade deal at the White House with US officials, an event that is also expected to feature an appearance by Donald Trump, the US president. The deal is set to include a currency chapter that commits Beijing to not engaging in competitive devaluations.

It could point to a more lasting truce between the world’s two largest economies, since it settles one of China’s biggest sources of irritation with Washington.

I have seen the effects of Chinese currency manipulation first hand in Wisconsin. It takes the form of lost jobs, closed factories, and stagnant wages

The renminbi had been steadily depreciating against the dollar over the course of the trade war, offsetting the impact of US tariffs and irking US officials. It began appreciating in recent months as the two countries sought a settlement and has swept higher in recent days, buoyed by this week’s planned signing.

The Treasury came under heavy criticism for labelling China a currency manipulator in the first place, with former US officials saying it was a political move to punish Beijing and put pressure on its trade negotiators. The label does not carry any specific consequences such as sanctions or tariffs.

Nonetheless, the decision to revoke the designation could face a backlash from China hawks on Capitol Hill who have been pleading for the Treasury to keep the pressure up on Beijing.

“I have seen the effects of Chinese currency manipulation first hand in Wisconsin,” said Senator Tammy Baldwin, a Democrat, who co-sponsored legislation last year designed to lower the value of the dollar by discouraging foreign purchases of US assets. “It takes the form of lost jobs, closed factories, and stagnant wages.”

By removing the “currency manipulator” label now, the White House has locked in a “flawed” exchange rate, she said. “President Trump is wrong to reward China for years of creating an uneven playing field for America workers.”

“China is a currency manipulator — that is a fact,” said Chuck Schumer, leader of the Democrats in the Senate.

Though it no longer labels it a currency manipulator the Treasury’s report to Congress left China on its “monitoring list” of trading partners that merit close attention for their currency practices, along with Germany, Ireland, Italy, Japan, Korea, Malaysia, Singapore, Vietnam and Switzerland.

Brad Setser, another Obama-era Treasury official, now at the Council on Foreign Relations, said that the effectiveness of the agreement with Beijing on transparency would depend on exactly what China has promised to reveal. Data from China’s central bank on foreign exchange purchases no longer map to international data as well as they used to, and it is possible that some of that activity could be hiding on the balance sheets of China’s state-owned banks.

“I fear that the administration will have settled for a disclosure commitment that doesn’t actually increase disclosure that much,” said Mr Setser, “and doesn’t actually address some of the growing questions about China’s activities in the foreign exchange market.”

The move by the US administration to drop its designation of China as a currency manipulator comes amid other signs that the two countries are committed to a more peaceful year in their trade relationship. They are also planning to revive a formal economic dialogue, similar to the semi-annual gatherings that took place during previous administrations.

The trade agreement will pause any escalations in tariffs for the foreseeable future and roll back a small portion of existing US levies in Chinese goods.

In exchange, China has said it would purchase at least $200bn in US goods, including at least $40bn in American farm products, and has made a number of other pledges on issues ranging from market access for financial services companies to the protection of intellectual property.

However, the “phase one” deal does not address some of the deeper and more thorny sources of economic tensions between Washington and Beijing, including China’s use of industrial subsidies and cybertheft.