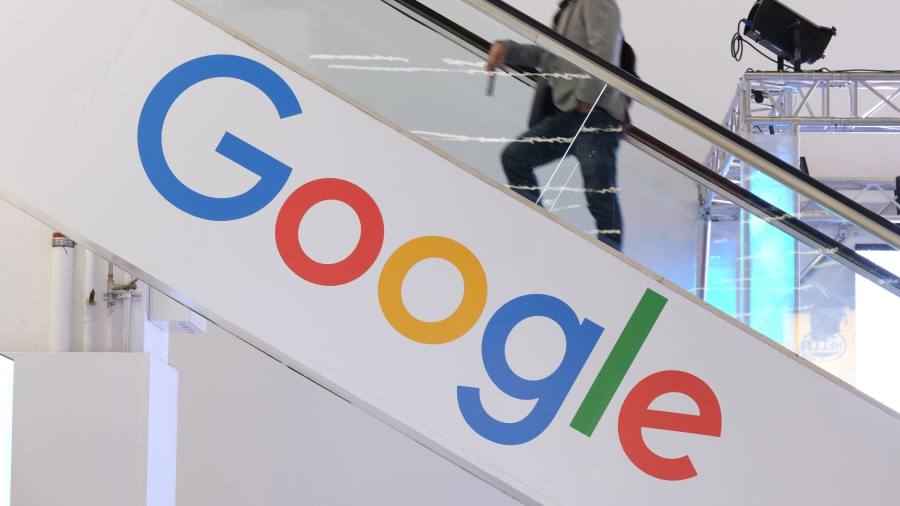 The stock market value of Google parent Alphabet is on the brink of hitting $1tn for the first time, making it the fourth of the Big Tech to reach the milestone.

The internet search company came within 1 per cent of the $1tn threshold on Friday, after a 7 per cent rally since the start of the year on hopes that it will report another record surge in advertising when it announces earnings on February 3. Shares were little changed early on Monday.

Alphabet’s rise to $1tn comes against the backdrop of growing calls for stronger privacy and antitrust regulation, which have been one of the few clouds hanging over its stock price.

It also follows a historic change in leadership last month, with co-founders Larry Page and Sergey Brin stepping back from the company they founded as students at Stanford University in 1998. The shift has stirred hopes on Wall Street that under its new chief executive officer, Sundar Pichai, Alphabet will become more disciplined in its spending, fuelling a further rise in its share price.

Apple was the first public company to reach $1tn, in August 2018, and is now more than a third of the way to a second trillion. It was followed by Amazon, which has since fallen back below the 13-digit threshold, and then Microsoft, now worth $1.26tn. The tech companies have since been surpassed by Saudi Aramco, which went public last month and now has a market value of $1.87tn.

Behind its relentless rise to a stock market milestone lies Google’s success in positioning itself to become the biggest beneficiary as global advertising and marketing spending has moved online.

The company’s founders once worried that relying on advertising could jeopardise the independence of their search results, warning in an early research paper about the “mixed incentives” that could result. But advertising continues to account for a significant majority of Alphabet’s sales and the Google division brings in 99.6 per cent of company revenues. Ambitious long-range projects such as driverless cars and new drug discovery have yet to see a pay-off.

The company, which started the last decade with revenue growth of 24 per cent, is expected to report that sales were still growing by nearly 20 per cent as the decade drew to a close — even though, at more than $160bn, they are now more than five times the level of 2010.

“Ten years ago, I don’t know anyone who thought they’d still be growing at 20 per cent,” said Mark Mahaney, an analyst at RBC Capital Markets. The company accounted for only 10 to 15 per cent of global advertising and marketing spending, leaving plenty of room for further expansion, he added.

‘There is no next Google’

Google’s rise marks a sea-change over the past decade, with mobile advertising rising on the back of booming smartphone use and surpassing the company’s traditional search desktop business in 2018. Mr Mahaney put the continued high growth rate down to the many incremental improvements Google has made to its search advertising service, as well as the acquisition, 13 years ago, of the YouTube video site. “No one knew how great an asset that would be,” he said.

As Alphabet starts the new decade under new management, hopes for another phase of growth have moved beyond advertising. A group of businesses that include the Play app store, cloud computing and hardware sales are now growing at more than twice the wider group level and already make up 16 per cent of revenues.

Some Wall Street analysts have also valued the Waymo driverless car division at as much as $150bn, even though it has yet to develop into a business. But ambitious “moonshot” projects such as these are also criticised by many investors who argue they have become an expensive distraction.

“They keep trying to find the next Google, but there is no next Google,” said Walter Price, who runs Allianz’s global tech fund.

Referring to the continuing control of Mr Page and Mr Brin, thanks to their ownership of a special class of supervoting stock, he added: “Their negative influence lingers on even though they are not in management any more. The stock would be 50 per cent higher if they changed their position and became more sensitive to investor needs, as Apple and Microsoft have done.”

Goal ‘to make the world a better place’

The Google founders said at the time of the company’s initial public offering, in 2004, that they did not want to be judged in conventional stock market terms and that their real goal was to “make the world a better place”.

In a rare interview a decade later, Mr Page made it clear that nothing had changed. He also expressed frustration that Google had made little impact in the world beyond internet search, despite the scale of its operations and the riches it had amassed.

Speaking to the Financial Times, he said: “It’s unsatisfying to have all these people, and we have all these billions we should be investing to make people’s lives better. If we just do the same things we did before and don’t do something new, it seems like a crime to me.”