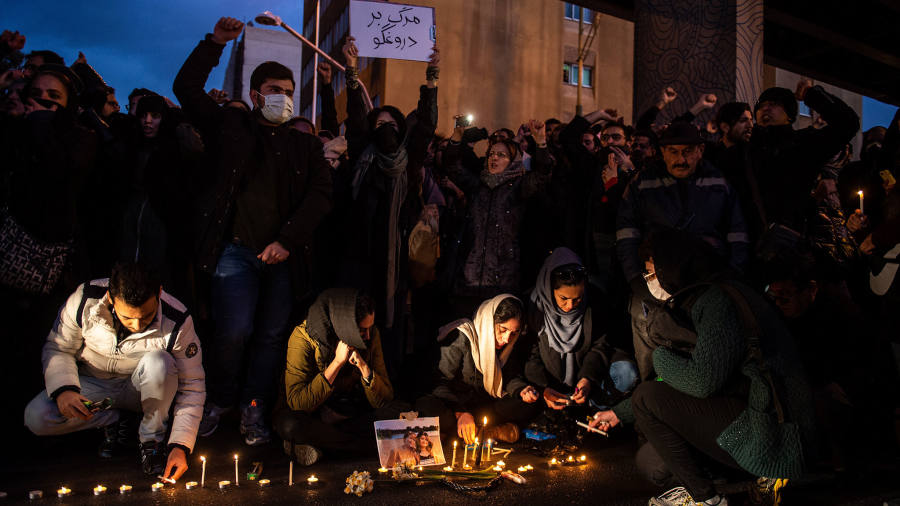 Iran’s most senior Revolutionary Guard commander was summoned to a closed session of parliament on Sunday to answer questions about the role played by the elite security force in the downing of a civilian aircraft that killed 176 people including more than 80 Iranians.

Major Gen Hossein Salami is responsible for the country’s ground, air and naval forces. There were no immediate details of the questions the legislative body asked him but the move came after Tehran, on Saturday, admitted that its air defence system was responsible for the unintentional shooting down of the Ukraine International Airlines passenger jet last Wednesday.

Iran blamed human error plus heightened tensions with the US for the disaster.

The acknowledgment was a huge embarrassment for the Islamic republic — which had initially denied any involvement in the crash — and the Revolutionary Guard.

It triggered large-scale protests in parts of the capital Tehran and in cities across the country including Isfahan, Rasht, Mashhad, Hamedan and Babol with people angry at what they believed was an attempted cover-up.

The demonstrations continued into Sunday morning with many protesters calling for the resignation of senior politicians including supreme leader Ayatollah Ali Khamenei.

The anti-regime slogans being shouted were among the most aggressive heard in Iran in many years with calls for the Revolutionary Guard — the most powerful organisation in the Islamic republic — to stop interfering in the country’s affairs. While others shouted “too many years of crimes; death to this Velayat [supreme leader]”.

University students, who mourned the deaths of some graduates from the prestigious universities of Sharif and Amir Kabir chanted: “our geniuses are killed [and] replaced by clerics”. Riot police holding shields and batons and security forces later dispersed the crowd and maintained a heavy presence in downtown and western Tehran as well as some main squares.

But more protests have been called for Sunday with Iranians encouraged to post black pages on Instagram with angry messages.

US president Donald Trump posted a tweet in Farsi that he would “stand by” the Iranian people and follow their protests “closely”.

The downing of the plane last Wednesday came just hours after Iran had launched missile attacks on bases housing US forces in Iraq in retaliation for the assassination of Qassem Soleimani, a senior Revolutionary Guard leader, in a US air strike.

Saturday’s protests — and the admission of guilt — are in sharp contrast with the mood just seven days earlier when millions of people turned out to mourn the death of Soleimani and called for retaliation against the US.

Iranian media reported that the British ambassador was arrested outside a university and briefly detained following Saturday’s protests. Dominic Raab, UK foreign secretary, said the arrest of the ambassador “without grounds or explanation is a flagrant violation of international law”.

Of the 176 people onboard the plane when it crashed shortly after take-off from Tehran international airport, 82 are believed to be Iranian, with 63 Canadians, 11 Ukrainians, three Britons, three Germans, 10 Swedes and four Afghans among the dead.