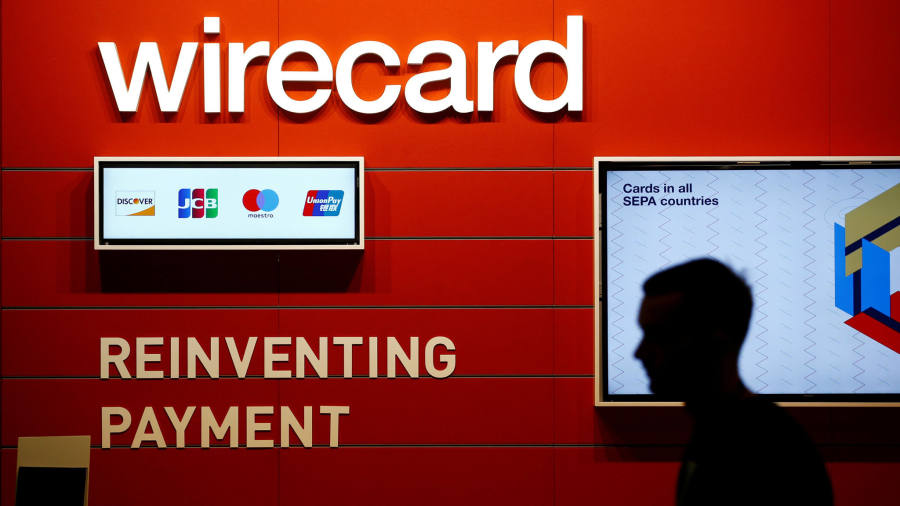 Wirecard has been facing questions over its accounting practices for months after the Financial Times reported concerns raised by whistleblowers.

Mr Eichelmann joined Wirecard’s supervisory board in mid-2019 and is heading the board’s audit committee — a role he is keeping as chairman.

Mr Eichelmann has been one of the central forces pushing in favour of an independent review into accounting issues, people familiar with the matter told the Financial Times. Wirecard in October hired big four accountant KPMG to investigate the matter.

Mr Eichelmann, who had no links to Wirecard before joining the board, argued that all accounting questions needed to be answered “once and for all”, according to a person familiar with his thoughts.

“I am delighted to be elected as chairman and the confidence placed in me,” he was cited as saying in a press release, adding that he wanted to “accompany Wirecard AG in its next growth phase and during the further development of the company.”

The KPMG investigation, which is overseen by Mr Eichelmann, was commissioned by Wirecard after the FT in October published documents that appeared to indicate a concerted effort to fraudulently inflate sales and profits.

The company has categorically denied impropriety and said the conclusions drawn by the FT about the files were incorrect.

Shares in the blue-chip Dax company have fallen 21 per in the last year.

Mr Matthias, a 75-year-old former senior banker at Credit Suisse in Germany and other lenders, had headed Wirecard’s board since 2008 and will remain on the board as an ordinary member until his term expires in mid-2021.

German daily Handelsblatt reported last year that Mr Matthias would not stand for another term.

“Prima facie, [Wirecard’s auditor] EY is evaluating the matters sufficiently,” he told the Financial Times in October. He described the public discussion about Wirecard’s accounting practises “an annoyance”, adding that “we have endless stories [about Wirecard], three a day. I have not looked at them in further detail. We have other things to do.”

KPMG previously said that it expects the special audit to be concluded by March and is planning to publish the results.

Alexander von Knoop, Wirecard’s chief financial officer, told analysts in November that “we of course fully trust in our accounting, and the very intensive and detailed auditing by EY”. KPMG’s review “shall give additional confidence to our shareholders”.