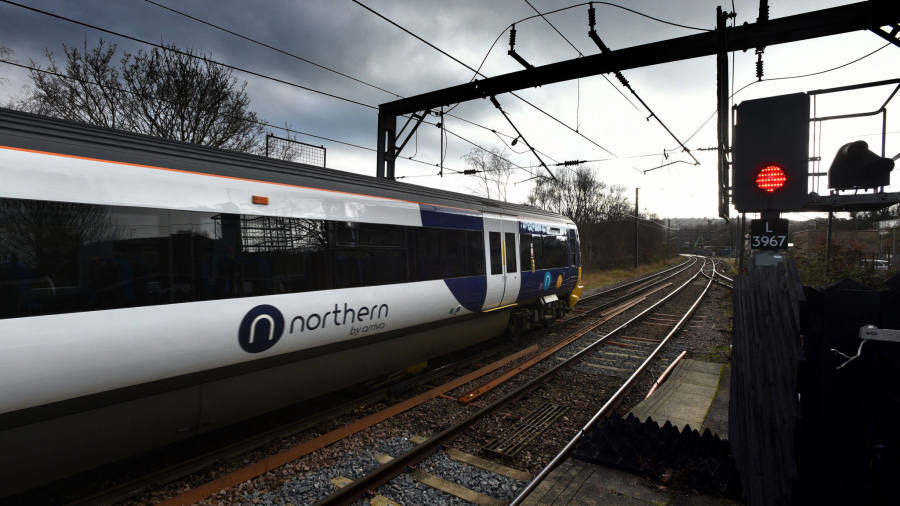 The operator of the UK’s ailing Northern rail franchise is soon going to run out of money — forcing the government to step in within weeks, the government said on Thursday.

A decision will be made by the end of January whether to strip the franchise from Arriva Rail North or allow it to run a reduced service under a new contract, transport secretary Grant Shapps said in a written statement.

“It has now been confirmed to me from the most recent available financial information that the franchise will only be able to continue for a number of months,” Mr Shapps said.

He will either accept Arriva’s plan for a new service or the state will take over as an operator of last resort. Arriva is owned by German state railway Deutsche Bahn.

It would be the third franchise failure since 2018, after East Coast and ScotRail. The government is already considering changes to the privatised railway system following a review by Keith Williams, the former British Airways chief executive, which has yet to be published.

In the November 10-December 7 period, the latest figures available, just 40.5 per cent of services were on time and 6.2 per cent were cancelled.

However, rail minister Chris Heaton-Harris has warned passengers not to expect rapid improvement. On a visit to Leeds on Wednesday he said: “Whatever the government chooses to do there will not be a massive uplift or change overnight in Northern’s services.”

Northern political leaders, represented by statutory body Transport for the North, have long called for the franchise to be taken over by the government. Andy Burnham, mayor of Greater Manchester, said on Wednesday that Northern was running a “six-day-a-week railway” because it could not induce enough drivers to work on Sundays.

They accept, however, that faulty new rolling stock and delays to infrastructure upgrades have also hit performance since Arriva took over in 2016.

Andy McDonald, shadow transport secretary, said the situation showed that the “fragmented rail system does not work”. “The government should get on with it and bring track and train together under one company in public ownership,” he said.

Central Manchester is among the three most congested rail corridors in England, according to Network Rail, which manages the country’s rail infrastructure. Meanwhile, TFN has said Manchester Piccadilly and Leeds stations need extra platforms. Delayed electrification meant Northern had to hang on to ageing diesel trains longer than expected.

At a fiery meeting with the rail committee of TFN on Wednesday Chris Burchell, head of Arriva Rail, apologised. But he said it had made “ambitious plans” for increased services based on future infrastructure upgrades that then did not happen. “The franchise plan has become essentially undeliverable.” With 2,000 extra services a week, he likened it to increasing traffic on the M62 by 30 per cent without building a new lane.

However, Carl Marshall, a Durham county councillor who sits on the TFN board, said Arriva had only itself to blame. “Northern gambled on a franchise with things out of their control. That gamble has not paid off.”

Mr Burnham said services would have to be reduced to restore reliability and TFN agreed to ask the government to fund the necessary infrastructure improvements as a priority.

Northern is the largest geographic franchise in the country, carrying 101m passengers annually.