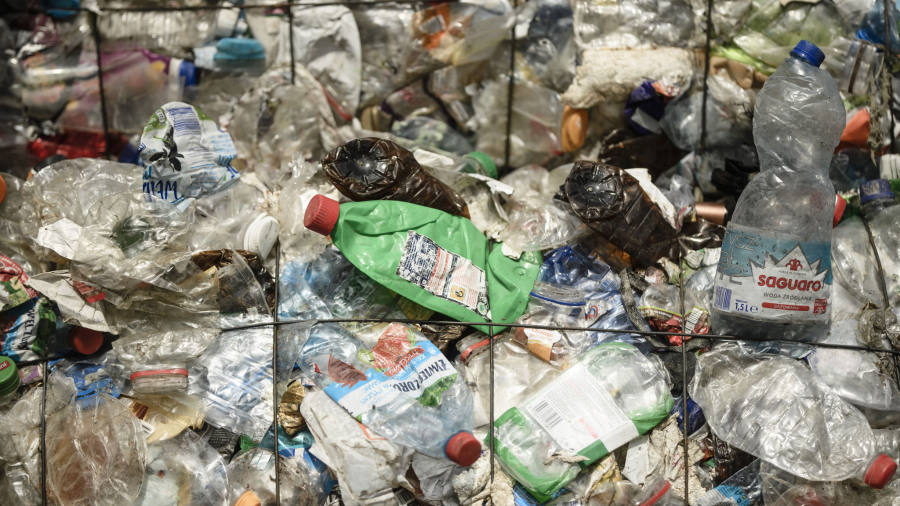 Brussels is preparing a fresh push to create an EU-wide tax on plastics waste and to use profits from carbon trading to break an impasse over how to fund the bloc’s next long-term budget.

As the EU27 prepare for fractious negotiations over the next seven-year budget which runs from 2021, officials and diplomats have told the Financial Times that member states are ready to agree a plastics recycling tax — the first new EU-wide revenue to be directed to the bloc’s coffers since the establishment of VAT.

“We have a Brexit gap. Member states know this and will eventually have to accept new revenue streams,” said a senior EU official.

As part of its initial budget proposal in 2018, the European Commission proposed a levy on non-recycled plastic, with the proceeds going directly into the common budget rather than to governments that collect them. The surcharge is estimated to raise €42bn over the course of the budget which will run until 2027.

Although the commission and European Parliament have traditionally lobbied for the creation of pan-EU taxes, member states have historically resisted attempts to divert revenues from their national coffers to Brussels.

But the debate over the so-called “own resources” has shifted as the current round of budget negotiations has proved to be particularly bruising due to the €15bn hole left by the departure of the UK. Five “frugal” governments — Germany, the Netherlands, Sweden, Denmark and Austria — have said they want a budget not larger than 1 per cent of the gross national income, falling far short of Brussels’ proposal of 1.1 per cent and the 1.3 per cent the European Parliament wants.

In addition to the plastics levy, Brussels will attempt to convince governments of a more controversial plan to divert profits from the EU’s cap-and-trade carbon emissions system (ETS) to the common budget.

Profits from the ETS are currently collected by member states. Ten of the poorest EU member states — including Poland, Bulgaria, Hungary and Romania — receive a portion of ETS profits to help fund low-carbon investments.

An EU official said the commission would suggest using a significant share of all the carbon trading profits for the budget when it proposes a revamp of the ETS in the middle of next year.

Brussels wants the ETS to become a more lucrative source of new cash as it tries to extend the system to include the maritime industry and reduce the number of free allowances given to airlines in a bid to drive up the carbon price under its European Green Deal plan.

A senior official warned that the negotiations over how to reform ETS and what to do with the profits would be far more contentious than the plastics levy. “It is always easier to create new sources of revenues rather than take away existing money as happens with the ETS,” the person said.

In 2018, the commission proposed taking a 20 per cent share of ETS revenues for the budget. Zsolt Darvas of Bruegel, the think-tank, said the amount of money at stake was negligible, estimating that it could yield €2.1bn a year, or €14.7bn over 2021-27, depending on the carbon price and auction volumes.

Poorer countries that receive a portion of ETS funds are likely to raise the most objections, said diplomats. The idea would need unanimous support to be accepted.

Any moves to open the door to EU own resources are also likely to be met with resistance from countries that have been sceptical of giving Brussels autonomous tax-raising powers.

Helen McEntee, Ireland’s minister for EU affairs, told the FT in December that further work needed to be done on how to set up a plastics waste tax and that when it came to the use of the ETS as own resources, her country was not supportive of the idea.

“To say it could somehow be implemented or we could have a credible proposal between now and next year is just not realistic for us,” said Ms McEntee.

But diplomats from the “frugal” net paying governments said they were ready to swallow own resources if it meant they could stick to their 1 per cent of GNI ceiling.

One diplomat said member states would only accept the idea of the plastics tax at the bitter end of negotiations in an attempt to get the European Parliament on board. “It will be the rabbit out of the hat we pull out to get the parliament to agree,” said the diplomat.