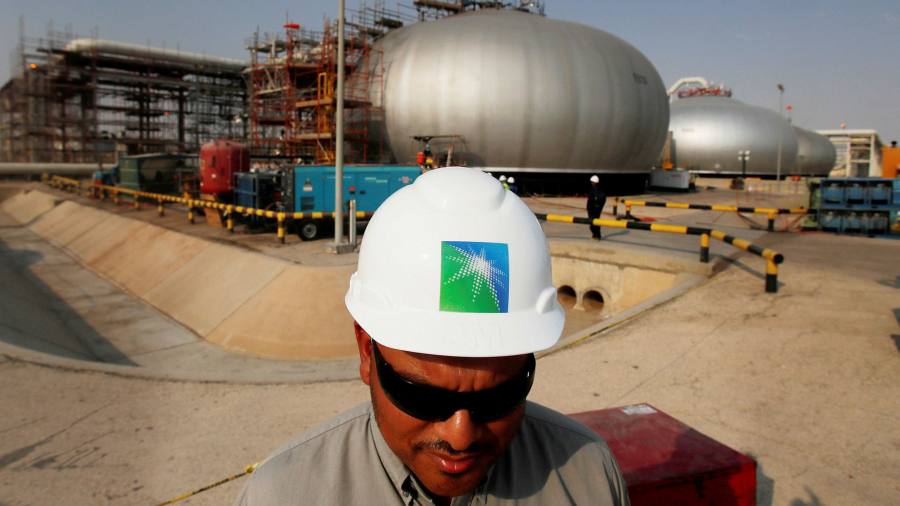 The world’s largest listed oil producer has the world’s largest carbon footprint. Yet it is set to do less than smaller peers to contain global warming. Saudi Aramco has not set any obvious reduction targets. Its leadership in the Opec cartel hands it an inherent limit on production plus it has very low costs. This all gives it a big advantage over peers pursuing the seemingly mutually exclusive goals of increasing oil production while reducing CO2 emissions.

Consider seven of the largest oil companies — ExxonMobil, Shell, Chevron, BP, Total, Eni and ConocoPhillips. All have dutifully trotted out plans to limit their carbon output by 2040 in order to keep the global temperature increase well below 2C. But those imply some chunky cuts. Exxon would need to more than halve its annual CO2 emissions of 600m tonnes.

On average the big seven need to cut emissions by 40 per cent, implying slashing oil production by a third, according to researchers at Carbon Tracker and Rystad Energy. That suggests steep cost cuts will be necessary just to keep profits flatlining, regardless of how oil prices move in 2040.

By contrast, Saudi Aramco and its fellow Middle Eastern producers can produce much of their crude below $35 a barrel. That beats most international oil companies and explains why Saudi Aramco’s return on capital employed, a measure of efficiency and profitability, is so high. At 36 per cent this year, it dwarfs the 10 per cent RoCE that Shell hopes to achieve in the medium term.

As a result, Saudi Aramco may be one of the last producers of oil in a worst-case global warming scenario for the industry. Saudi production grows very slowly, at less than 1 per cent annually since 2000. Expect a less than 5 per cent cut to its production over the medium term. Saudi Aramco will no doubt be responsible for a lot of carbon emissions, but as a low-cost producer it is unlikely to cut its output as much as its international peers.

If you are a subscriber and would like to receive alerts when Lex articles are published, just click the button ‘Add to myFT’, which appears at the top of this page above the headline