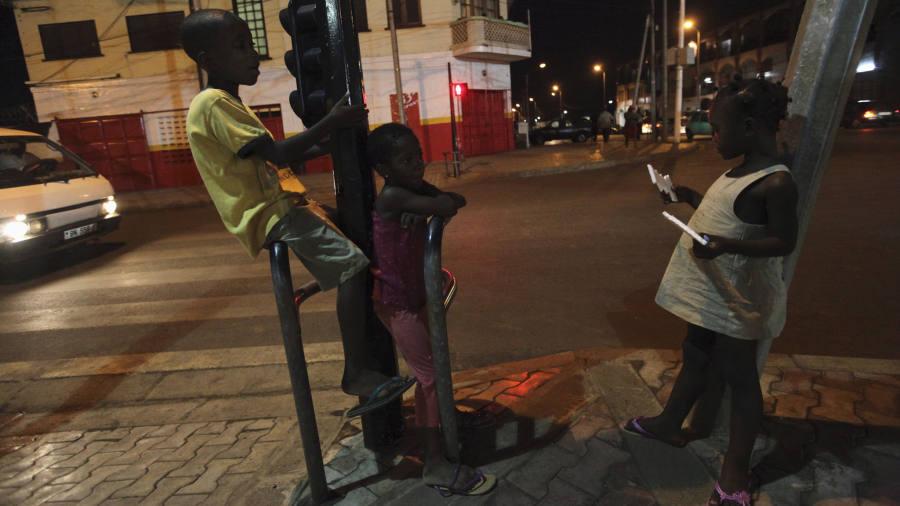 In the roadside bars of New Billy, a sprawling slum in Malabo, people drink Castel beer and steer clear of politics.

“They try to make Malabo like Dubai but that’s not reality — this is the real Malabo,” said one resident of Equatorial Guinea’s capital, pointing to the stream of sewage running down the rutted street. Just a few miles away, in the manicured Sipopo district, the country’s leaders courted international executives in glittering five-star hotels.

“There’s a lot of money, but it all goes to the president and his family,” the man said, before stopping himself. “But I shouldn’t talk — you talk too much and . . . ” he slid his finger across his neck.

President Teodoro Obiang Nguema seized power 40 years ago, ousting his uncle in a bloody coup in 1979. Since then his family has ruled with absolute power over one of Africa’s richest countries.

US oil companies discovered giant crude deposits in the country’s maritime waters in the mid-1990s, generating billions of dollars in annual revenues for the regime. Gross domestic product per capita in the country of 1m people is now among the highest in Africa — higher than that of Brazil and China — but very little has trickled down to the population.

They persecute us because they’re scared

Equatorial Guinea ranks 141 out of 189 countries in the UN Human Development Index. According to Human Rights Watch, it has the world’s largest gap between per capita wealth and its human development score.

“We have many, many hotels. But no schools. No good hospitals. No water, nothing,” said Andres Esono Ondo, secretary-general of Convergence for Social Democracy, one of only two genuine opposition parties.

In an example that human rights activists say is typical of the regime’s treatment of its opponents, Mr Ondo was arrested in neighbouring Chad earlier this year and held by authorities for 13 days, accused by Equatorial Guinea of planning a coup.

“They persecute us because they’re scared,” he told the Financial Times. “This is a government that likes violence, so when you apply the law . . . they are very nervous.”

Freedom House, a US-based think-tank, lists Equatorial Guinea as the sixth least free country in the world — between North Korea and Saudi Arabia — describing the nation as an “oil kleptocracy”. Arbitrary detention, extrajudicial killings and torture are all common.

In 2016, Mr Obiang, 77, won his fifth seven-year term with his smallest share of the vote yet: 94 per cent. His coalition holds every seat in parliament.

The international community has largely been silent on the state’s alleged abuses. US oil companies such as ExxonMobil, Kosmos and Marathon form the backbone of the economy. Equatorial Guinea at present sits on the UN Security Council, and the IMF has approved a $280m loan facility for the country.

This year the government has held two international energy conferences in Malabo’s gated Sipopo district as it has sought to attract investment.

A surreal stretch of private beaches and luxury hotels that looks like it was airdropped from another continent, Sipopo includes 52 identical presidential villas built for a week-long African Union summit in 2011.

It is one of many impractical government infrastructure projects, including international airports on sparsely populated islands and a city in the middle of the rainforest with a new university and no students. In contrast, Mr Obiang has spent very little on education — 2.3 per cent of GDP in 2015, according to the World Bank — or healthcare.

The 2014 oil price crash halted the infrastructure spending spree. Crude production has fallen by roughly two-thirds to about 120,000 barrels per day, according to the International Energy Agency, while GDP per capita has almost halved, to just over $10,000, though still among the highest in Africa. The Frank Gehry-esque new airport in Malabo is one of many projects left uncompleted.

Few trucks ply the world-class highway that loops around Bioko — the lush, volcanic island that is home to Malabo, 40km off the coast of Cameroon. The road network is similarly pristine on the mainland, a 10,000 sq km rectangle sandwiched between Cameroon and Gabon.

Gabriel Obiang Lima — minister of mines and hydrocarbons, and one of the president’s sons — acknowledged the economic stress the country faces and the need to create jobs for young people.

“You don’t want them to be . . . frustrated,” he told the FT. “You know the example of Tunisia — we don’t want that,” he said, and dismissed the criticisms of rights groups, insisting the country had “changed”.

Mr Lima is well-liked by the international community but unlikely to succeed his ageing father.

“He is not groomed in the same manner,” said Alex Vines, Africa programme head at think-tank Chatham House. “The politics are Shakespearean.”

Instead, Mr Lima’s older brother, Teodoro Nguema Obiang, is viewed as the president in waiting.

Better known as Teodorin, the vice-president has been the subject of corruption investigations and asset seizures around the world. Probes in the US, France and Switzerland have exposed an astonishing list of trophy assets allegedly owned by the 51-year-old. They include a 100-room mansion near the Champs-Elysées in Paris, a $120m yacht called the Ebony Shine and Michael Jackson’s sequinned glove.

Mr Lima said the country was “not a royalty” where succession would be decided “by blood”, but he compared it with oil monarchies such as Qatar or Kuwait. “At the end, His Excellency is the one who knows [best],” he added.

Many Equatoguineans hope it will not be that simple and that economic and social pressures will eventually force change.

“Gaddafi is gone, Mugabe is gone,” said one man walking near the “I HEART MALABO” sign at the oceanside Paseo Maritimo promenade in Malabo. “And one day Obiang will be gone too.”