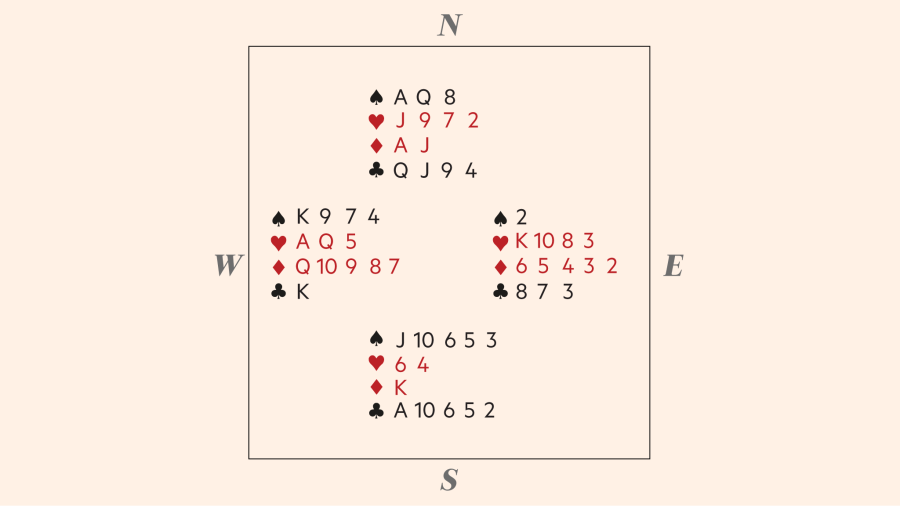 Whenever you play a hand and your opponents have bid, you have extra information to guide you to the best line of play.

The bidding led South to consider his K♦ waste-paper, but he still jumped to 3S. West led 10♦. Pleased that a heart had not been led, South played J♦ from dummy and won K♦ perforce. He led J♠ and, when West played low, he ran it. Next he played 3♠ to dummy’s Q♠, noting that East showed out. He cashed A♦, discarding 4♥ from hand. Should he now take the club finesse? East-West hold 17pts between them and, since West has not led A♥, declarer deduced that West did not hold ♥AK.

Placing K♥ in East’s hand left West with 14pts so, if he did not hold K♣, he would have a very minimum opening. Deciding that West would hold K♣ 98 per cent of the time, declarer led Q♣ from dummy but, when East played low, he put on A♣, delighted to see K♣ drop. Losing just A♥ and K♠ meant 11 tricks had been made — more than anyone else in the room.

Was this a good result? Sadly, North had decided that with only three spades and a couple of useless jacks, he should pass 3S. Everyone else was in 4S making ten tricks, and South’s excellent play netted nothing but regret.