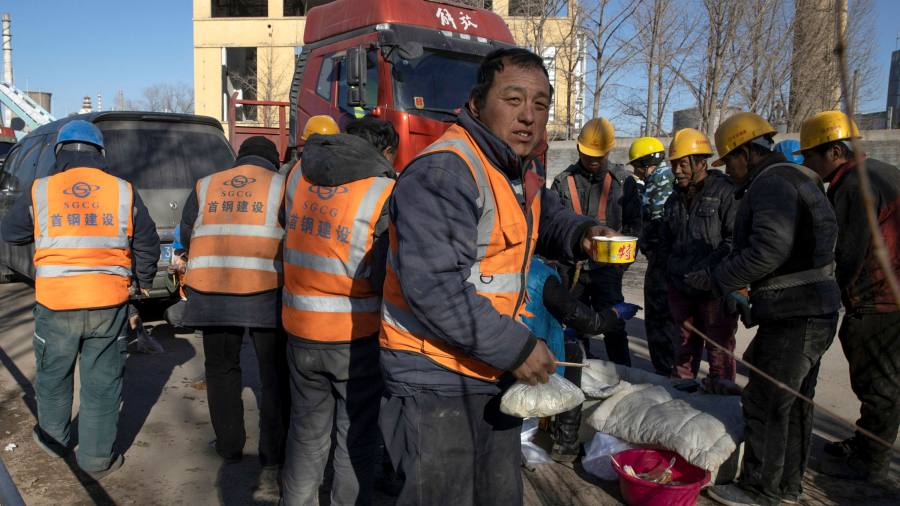 Two years ago, Zhou Xiaochuan, then China’s central bank governor, ​told a press conference at the 19th Communist party Congress in Beijing ​that too many procyclical factors in the economy and excessive optimism risked generating “accumulating contradictions that could lead to the so-called Minsky moment”.

There is still a danger of a “Minsky moment” hitting China’s economy. US academic economist Hyman Minsky, who died in 1996, warned of the risks of periods of financial excesses leading to​ ​crises. Today, China’s debt-to-gross domestic product ratio is more than 300 per cent and continues on a dangerously upward trajectory.

The Chinese authorities are aware of the situation and the risks but they continually refrain from acting with the necessary force. They are concerned that actions to confront rising domestic debt will constrain economic growth. They are wrong in believing there will ever be a good time to curb financial excesses, as they fail to comprehend that delay now will make action in the future harder and costlier.

Actions on this front are made all the more complicated by two formidable challenges that are undermining economic growth. In both cases, the consequences of these challenges are so difficult to quantify that the famous words of former US secretary of defence Donald Rumsfeld are particularly apt: “There are known knowns; there are things we know we know. We also know there are known unknowns; that is to say we know there are some things we do not know.”

First, China’s authorities — like everyone else — cannot predict the outlook for US-China trade relations, despite what the White House has called a “phase one” agreement. This appears to be a deal that avoids some of the toughest issues and one in which both sides believe they can publicly claim to be winners.

The Chinese are well aware that the most complex and, arguably, the most important set of issues, which are still far from being resolved, relate to the role of intellectual property rights and the enforcement of an agreement on this, and constraints on the subsidies to China’s state-owned enterprises. If negotiations in coming months fail to be productive on these issues, then President Donald Trump may again resort to imposing new tariffs on a wide range of goods.

Second, there are assuredly economic consequences for China as a result of the continuing public protests in Hong Kong. I believe that investment flows to mainland​ ​China from Hong Kong are slowing and, of greater concern, the situation could influence the long-term strategies of foreign financial institutions based in Hong Kong.

The trade war and the Hong Kong situation have already had some impact on China’s economic growth, which I believe is now running at an annual rate of less than 6 per cent.

However, there are no “known unknowns” when it comes to China’s domestic financial threats. The high debt levels are due to the continued heavy borrowing by municipal and provincial authorities, which has produced substantial overbuilding of housing and infrastructure. State-owned-enterprises continue to be heavy borrowers, propping up employment and GDP in a manner that is not sustainable.

China’s authorities have not addressed adequately the “shadow banking” sector, or the rising levels of non-performing loans at the big commercial banks. We have already seen financial problems in a number of small banks. Failure to act may lead to a loss of investment confidence, quite possibly in 2020 or 2021, and then President Xi Jinping will indeed face a Minsky moment.

Paul Volcker is remembered as a man of principle and integrity with an exceptional understanding of the need for politicians to accept that there are times when temporary sharp declines in economic growth, accompanied inevitably by rises in unemployment, are an essential price to pay for longer-term sustained economic stability. He tamed rapidly rising US inflation because he well understood the acute dangers that it posed.

Now, Mr Xi needs to demonstrate similar wisdom and courage — accepting that the longer-term prosperity of his country will depend upon his willingness to constrain the unhealthy appetite for borrowing that runs so rampantly across China’s municipal and provincial authorities and the giant state-owned enterprises, and recognising that the health of the financial sector is crucial for China’s prosperity.

William R Rhodes is president and CEO of William R Rhodes Global Advisors, LLC. He is a former chairman, CEO and president of Citibank and former senior vice-chairman of Citigroup. He is the author of “Banker to the World: Leadership Lessons from the Front Lines of Global Finance”.

beyondbrics is a forum on emerging markets for contributors from the worlds of business, finance, politics, academia and the third sector. All views expressed are those of the author(s) and should not be taken as reflecting the views of the Financial Times.