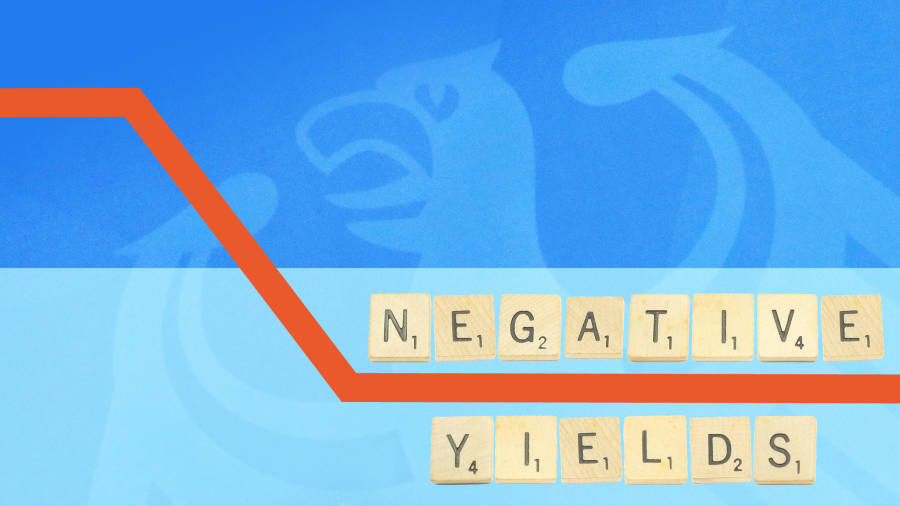 (noun) Financial-market terminology to describe the situation in which bonds are so expensive that buyers are guaranteed to make a loss.

Markets took a funny turn in 2019. In fairness, they had been acting oddly for some time. Ever since the financial crisis of 2008 prompted central banks around the world to slash interest rates, the price of supposedly steady, boring bonds has been rocketing higher, squeezing the yields investors could expect to extract from them ever smaller.

In the mid 2010s, this started to fuel the phenomenon of negative yields; certain pockets of the European bond market became so pricey that buyers knew they would make a nominal loss from holding the assets to maturity. But by the middle of 2019, this once-unthinkable quirk had exploded to extremes.

At the peak of a frenzy of summertime bond buying, more than $17tn worth of debt ended up trading with negative yields. German government bonds maturing in 10 years’ time — a key European market benchmark — ended up with a yield as low as 0.7 per cent below zero, forcing a rethink among investors about how to build portfolios and what constitutes a risky bet. Even emerging markets got caught up in the rush, with Czech, Hungarian and Polish yields slipping into the freezer. In October, Greece issued three-month debt at a negative yield. Yes, the same Greece that required repeated bailouts in the earlier part of the decade to stave off national bankruptcy.

The feeding frenzy of 2019 will stick in the mind. At the core, it was triggered by a collective throwing in of the towel. Investors who had assumed central banks’ support was a post-crisis fix, now accepted it was a more permanent market feature.

By the end of the year, the rush had run out of steam. But bonds are still eye-poppingly pricey. Around $12tn worth of bonds still trade with yields below zero. This is the new normal.