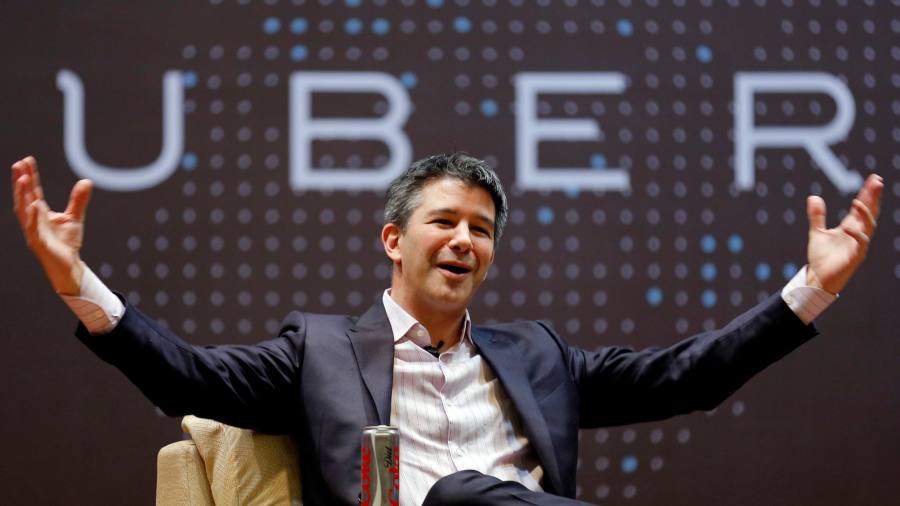 Uber co-founder and former chief executive Travis Kalanick is leaving the company’s board and has sold his last shares in the company, effectively severing ties with the ride-hailing group and wrapping up one of the most influential chapters in the business story of the decade.

The end of his share sales, which totalled more than $2.5bn in less than two months, also removes a weight on the company’s stock, which has languished one-third below the price of its initial public offering earlier this year.

While Mr Kalanick was ousted as CEO in 2017 following a series of scandals and did not lead the company through to its stock market flotation, that public market debut in May valued his creation at $82bn, big enough to be one of the biggest start-up success stories in Silicon Valley history.

“Uber has been a part of my life for the past 10 years,” Mr Kalanick said on Tuesday. “At the close of the decade, and with the company now public, it seems like the right moment for me to focus on my current business and philanthropic pursuits . . . I will continue to cheer for its future from the sidelines.”

In a statement from the company, Ron Sugar, chairman, said Mr Kalanick had built Uber “from a scrappy start-up into the global public company it is today”.

And Dara Khosrowshahi, his successor as chief executive, added: “Very few entrepreneurs have built something as profound as Travis Kalanick did with Uber. I’m enormously grateful for Travis’s vision and tenacity while building Uber and for his expertise as a board member.”

Garrett Camp, Uber co-founder, tweeted: “Thank you @travisk for a decade of dedication to @Uber. Congrats on the new mission.”

The idea of Uber was born from the frustration felt by Mr Kalanick and Mr Camp on a trip to Paris when they were unable to hail a taxi. They founded an on-demand luxury car service, but after rival Lyft launched a ride-sharing scheme using ordinary drivers — a business model Uber at first ridiculed — Mr Kalanick emulated the idea and quickly became the dominant player.

Uber’s aggressive efforts established a whole new growth path for start-ups, known as blitzscaling, that helped forge a path for other Silicon Valley companies in the 21st century — particularly as private market investors were willing to fund many billions of dollars in early losses.

Mr Kalanick also showed he was willing to use controversial tactics to bypass regulators and beat the competition. The moves helped Uber set up operations in 63 countries, but it also clashed with rivals the world over and eventually drew a backlash from its own drivers and the public, culminating in the #DeleteUber campaign of 2017.

In recent years Uber has retrenched significantly, exiting entire regions such as China, south-east Asia and Russia, but in exchange for valuable equity stakes in rivals such as Didi, Grab and Yandex.Taxi.

While recent regulatory filings indicated Mr Kalanick had sold the vast majority of his Uber stake following the end of a post-IPO lock-up, his spokesperson confirmed on Tuesday that he had now offloaded all his remaining shares.

That leaves the entrepreneur, now 43, with an even bigger war chest to finance his new venture, Los Angeles-based City Storage Systems. The start-up, better known as CloudKitchens, is buying real estate around the world to lease to restaurants serving food delivery apps, including Uber Eats, DoorDash and Deliveroo.

After previously selling about $1.4bn in Uber shares to SoftBank in a private transaction in early 2018, Mr Kalanick has already self-financed much of CloudKitchens’ expansion, including to Europe, the Middle East and Asia.

Uber shares rose 0.4 per cent on Tuesday. Daniel Ives, analyst at Wedbush, said it made sense for the company and Mr Kalanick to part ways to avoid distractions in the boardroom, as his new venture could conflict with the interests of Uber as it continues to expand into the delivery of hot meals, groceries and bank cards.

“Many investors will be glad to see this dark chapter in the rear-view mirror as the overhang from the lock-up has been a lingering cloud over the Uber name over the past few months,” Mr Ives added.