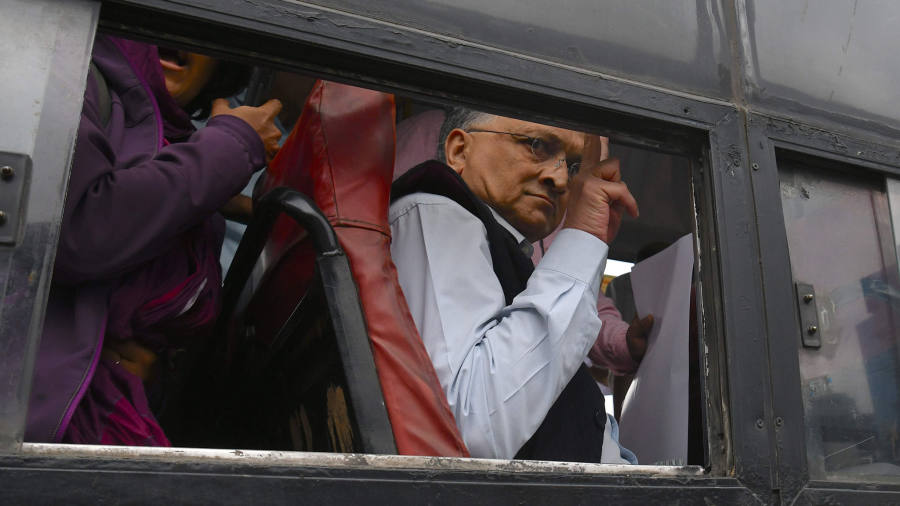 At a party rally this year, Indian prime minister Narendra Modi talked of creating a naya bharat, or “New India”. Many citizens are deeply worried about the direction this new India is taking. Protests have spread across the country in response to a citizenship law that discriminates against Muslims. The government’s response echoes the path Indira Gandhi took nearly 35 years ago, declaring a state of emergency. Mr Modi should reverse his position or risk vindicating his critics.

The protests were sparked by changes to a law preventing illegal migrants or their children from becoming citizens. An amendment passed this month will grant accelerated citizenship to Hindu, Sikh, Jain or Buddhist refugees escaping persecution in neighbouring countries — but not Muslims. The scale of the demonstrations have prompted authorities in several states to prohibit public gatherings, and shut down phone and mobile networks ostensibly to stop the spread of inflammatory messages. At least six protesters have been killed, and hundreds of others arrested — among them a noted historian who was dragged away in the middle of an interview.

The demonstrations show that Indian citizens do care about secularism, despite the attempts of Mr Modi’s Bharatiya Janata party’s attempts to denigrate it. The citizenship law is only one manifestation of its Hindu nationalism. In August, it passed a law to revoke Jammu and Kashmir’s special status and statehood. Communications in what was formerly the country’s only Muslim-majority state are still limited today. The BJP plans to build a national citizenship registry which would disqualify those without documentation. Coupled with the citizenship amendment, this could mean statelessness and potential detention for millions — many of them Muslims.

The decision by some demonstrators to use violence is regrettable, strengthening the BJP’s narrative that its opponents are “anti-national”. Mr Modi has blamed opposition parties for “spreading violence”. Yogi Adityanath, Uttar Pradesh chief minister, has threatened to confiscate the property of those responsible for violence.

The government itself should recognise that putting pressure on civil liberties undermines its claims to be the world’s largest democracy. Banning the assembly of more than four people and attempting to shut down communications are not the hallmarks of a progressive society. Home affairs minister Amit Shah’s dismissal of the fast-expanding unrest as “some difficulties” on the way to greatness grossly underestimates the gravity of the situation.

There are parallels with the early stages of the Emergency of 1975 to 1977, during which the then prime minister Gandhi curtailed human rights, censored the press and imprisoned opponents in the name of national security. Mr Modi seems to be resorting to similar means to control opposition.

De-escalation is not an obvious choice for the BJP, which seems to believe the “silent majority” of voters support it. But stoking tensions risks a repeat of the sectarian violence for which Mr Modi was blamed when he was chief minister of Gujarat. Rescinding the law and ending restrictions on protests and speech are sensible steps which can stop conflict.

The will of India’s people to resist should not be underestimated. In 1977, Gandhi suffered a bruising defeat in elections she had thought that she would win handily. Forty years on, the cost to democracy from further efforts to end secularism and restrict citizens’ rights will be enduring. Mr Modi should turn back from the path of illiberal democracy before it is too late.

How Large of a Position Should You Take on When Trading Penny Stocks?
Using Support and Resistance Lines After the First 1% Drop for U.S. Indexes in Four Months – VLOG 2
How To Select a Share for Investment – Part 1