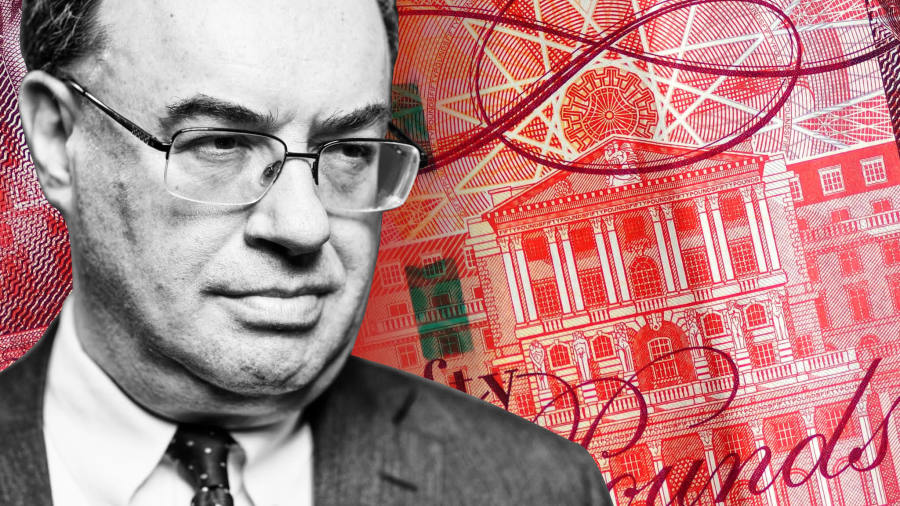 In early December, a clutch of protesters braved the wind and rain to hold up banners deriding the Financial Conduct Authority, outside whose east London headquarters they were demonstrating.

The anger of the group — all of whom were victims of various mis-selling scandals and blamed the FCA for being negligent — was particularly targeted at Andrew Bailey, the FCA chief executive, who on Friday was appointed as the new governor of the Bank of England.

“People have committed suicide, that is your legacy, Mr Bailey,” shouted one.

Mr Bailey invited the protesters into the FCA and offered them sandwiches as they discussed their grievances. Emotion ran high in the meeting as Mr Bailey answered their questions, but decorum was maintained. It was the most English of protests.

In the aftermath of the scandals, it seemed that Mr Bailey’s chances of the governorship, the job he had wanted for many years, had all but vanished. But his ability to talk to his critics and give coherent answers to questions on consumer mis-selling scandals in parliament impressed both the interview panel over the summer and, more recently, the chancellor, propelling him to the top job at the BoE, which he first joined in 1985.

Serving in many positions across the central bank, Mr Bailey was often in the right part of the institution at the right time. He was governor Eddie George’s private secretary in 1997 when the central bank was given independence to set interest rates, and was chief cashier in 2008 when Royal Bank of Scotland, among others, ran out of money. He was the obvious choice to be sent by George Osborne, then chancellor, to run the Financial Conduct Authority as a “safe pair of hands” in 2016 when the organisation was in crisis.

Mr Bailey has never sat on the BoE’s monetary policy committee and only served in the relative backwater of its international economic analysis division of monetary analysis, leaving a gap in his CV on stabilising the ups and downs of the economy, so it was his political skills that helped him win his prize.

Kate Barker, the independent member of the selection panel, said in September that the eight year term as governor required any successful candidate to be “politically sensitive” and therefore able to work with governments of any hue and navigate tortuous Brexit waters.

This was a black mark for some candidates with very outspoken views such as Gerard Lyons, the economist, and Helena Morrissey, the fund manager, who were strongly pro-Brexit. It also counted against one frontrunner, Minouche Shafik, director of the London School of Economics, who spoke out against Brexit and in a speech to an Italian university audience, said that “European elites, frankly people like us” who were comfortable travelling across the continent and speaking many languages were different from the vast majority of Europeans.

Senior government officials insist that the candidates’ stances on Brexit were not a “disqualifying factor” although those close to Minouche Shafik are sceptical.

The eventual list of candidates seen to meet the requirements of the job is disputed, but is likely to have included Shriti Vadera, chair of Santander UK; Ms Shafik; Kevin Warsh, a former Federal Reserve governor; and current deputy governors Jon Cunliffe and Ben Broadbent. Their record, speeches, performances in front of select committees and public views on politics and Brexit were exhaustively investigated.

Until recently ministers were hoping to attract a big name foreign candidate, but the hoped for interest from Raghuram Rajan, former head of India’s central bank and Janet Yellen, former chair of the Federal Reserve, did not materialise.

When Prime Minister Boris Johnson and Sajid Javid met on Wednesday to finalise the selection, the chancellor’s single recommendation of Mr Bailey was described by government insiders as “unspectacular”. Government officials insist Mr Bailey was the lead candidate before the election.

Mr Bailey has been careful to explain in every speech that the FCA has no view on Brexit and it is instead merely focused on the firms it regulates being ready for whatever form the UK’s exit from the European Union takes.

Both he and Mark Carney, the current governor, have resisted the idea that after Brexit the UK should copy EU financial rules as a means of guaranteeing access to the single market — the concept that the UK would be a rule-taker and not a rulemaker. They have argued that the UK should have “outcomes-based equivalence” with the EU instead.

Mr Bailey was born in Leicester and supports West Bromwich Albion football club. He was educated at Wyggeston Boys’ Grammar School and studied for a degree and PhD at Queen’s College, Cambridge.

The FCA chief is famously up for a challenge: he helped create a new currency for war-torn Iraq, and worked on the bailout of Northern Rock at the beginning of the financial crisis. It was at that moment when he took a call from his American wife, Cheryl, at their home in Idaho as she faced down a bear. In the retelling, it has become Mr Bailey who faced down the bear whilst simultaneously bailing out Northern Rock. He jokes that on that basis, he will give his first interview as governor to the local Idaho newspaper.

But public service has always come first. Meeting protesters, replying diligently to emails and making sure all bases are covered have been hallmarks of his attachment to his job. This work ethic will be needed as he returns to the BoE alongside the knitted tortoise that sits on his desk — a present from a colleague to reflect his “sexy tortoise” nickname — and will be needed in what is bound to be a challenging eight year term ahead.

This article has been updated to clarify the context of comments made by Minouche Shafik, director of the London School of Economics